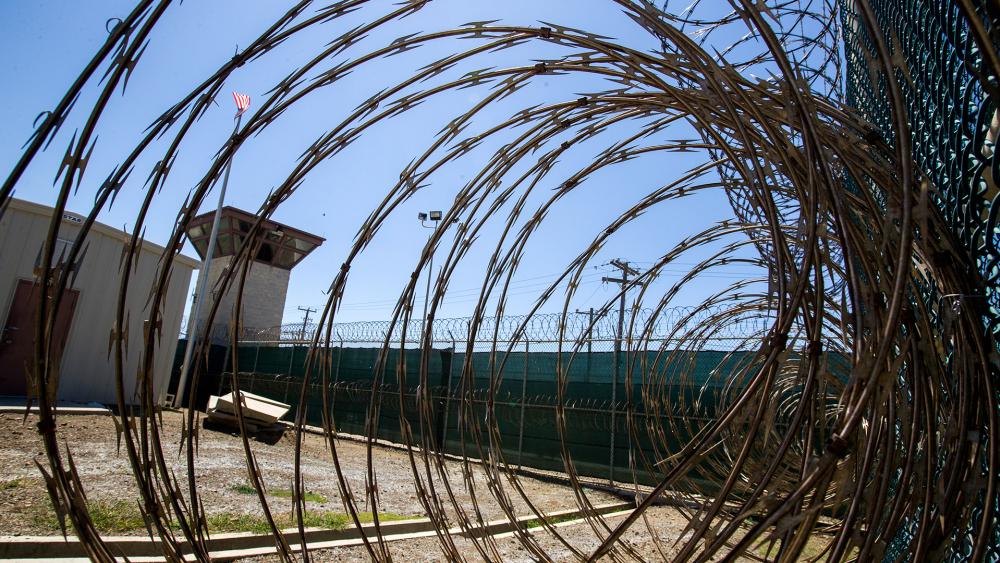 In this Wednesday, April 17, 2019 file photo reviewed by U.S. military officials, the control tower is seen through the razor wire inside the Camp VI detention facility in Guantanamo Bay Naval Base, Cuba.

Abdullatif Nasser, who's from Morocco, had been recommended for discharge back in 2016 but was kept at the military prison under President Trump.

The Pentagon had said Nasser's detention was no longer necessary to protect U.S. national security.

Nasser, also known as Abdul Latif Nasser, arrived Monday in Morocco. Police took him into custody and said they would investigate him on suspicion of committing terrorist acts — though he was never charged while in Guantánamo, which is also known as Gitmo.

Nasser's attorney in Morocco, Khalil Idrissi, said the years Nasser spent in Guantánamo "were unjustified and outside the law, and what he suffered remains a stain of disgrace on the forehead of the American system."

The State Department said President Joe Biden's administration would continue "a deliberate and thorough process" aimed at reducing the detainee population at Guantánamo "while also safeguarding the security of the United States and its allies."

White House Press Secretary Jen Psaki said the administration was considering all available options for safely transferring out the last detainees and shutting down Guantanamo.

Almost 800 detainees have passed through Guantanamo. Of the 39 remaining, 10 are eligible to be transferred out, 17 are eligible to go through the review process for possible transfer, another 10 are involved in the military commission process used to prosecute detainees and two have been convicted, a senior administration official said. The 10 eligible for transfer are from Yemen, Pakistan, Tunisia, Algeria, and the United Arab Emirates.

The administration didn't address how it would handle the ongoing effort to prosecute five men held at Guantánamo for the Sept. 11 attacks. Further complicating the effort to close the detention camp, the chief prosecutor of the alleged 9/11 conspirators earlier this month announced his retirement, raising questions about how the government would handle future trials.