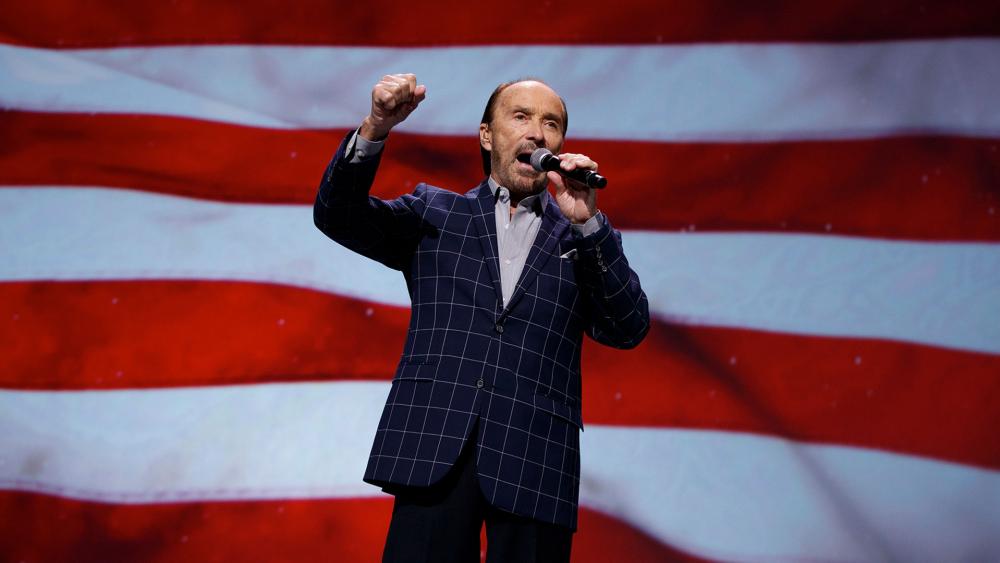 America is poised to celebrate its birth this weekend with 4th of July festivities like fireworks, parades, and barbeques. Recording artist Lee Greenwood's patriotic song "God Bless the USA" is sure to be a part of many celebrations.

During an interview with CBN's Studio 5, Greenwood shared details about the song that celebrates America, which has become an anthem to this country. Greenwood explained that his love for the United States came during childhood and from his family.

"I was raised on a farm in Sacramento, California and my grandparents were just wonderful. I was allowed to excel in music and sports as long as I did my job on the farm," he said. "When you learn to work with the earth, you have a great respect for it."

"I left home at 17-years-old and went to Las Vegas not really seeing the rest of the country and world through normal eyes because Nevada was kind of a bubble, but I lived through the Vietnam era."

"I think that's when I began to formulate my opinion about the country, the sacrifice everybody has made for it, and how we will survive as a nation," he added.

Greenwood said his father joined the Navy right after the bombing of Pearl Harbor, and the song serves as a tribute to all of the brave American troops who have served and continue to fight for our freedom.

"We were touring 300 days a year and then I started wondering why I was doing this. Am I having an effect on a community of people, on a culture? I began to reflect on my childhood and how important it was for me to see men in uniform, ride by in a parade. We stood up a little straighter when the flag went by and military went by. It just came to me one day and it was going to be a tribute to my country."

He also talked about his Christian faith and love for God, which grew over time.

"My grandparents, I don't believe were very religious, but they recognized that a young man of my age was pretty wild and they needed to make sure I had something that would ground me," he said. "It meant a lot to me to have something very strong, bigger than my parents because I didn't know my parents very well. I only knew my grandparents so it gave me a lot of internal strength as I struck out on my own at 17-years-old."

Additionally, Greenwood mentioned a new "patriotic" Bible which he said is about pointing people to the true source of America's hope, God's Word.

"When they brought this idea to me about a leather-bound Holy Bible that is a patriotic Bible, I loved the idea. They asked me if I would write the lyrics for God Bless the USA but just the chorus. I did that and signed it and that's the only place my name appears on the Bible is the signature underneath because I'm the author. In the back of the Bible we present the Declaration of Independence, the Bill of Rights, the Constitution, and the Pledge of Allegiance."

"Now what you have is those people who want to discover what America is about and not just citizens of this country but somebody who wants to know how this country got started," Greenwood said. "You have all of those words you can refer to in our official documents. It gives more people an opinion I think about the beginning of our country and not just where we are now."

He added, "I believe that America needs faith. Our immigrants who came here from England and the rest of the world didn't come here to escape religion. They came here to escape persecution. You just need to believe in something that is bigger than you, and for me it's Jesus Christ and God."

Greenwood concluded by explaining how closely God is tied to our history.

"We're but a minute part of God's plan for our earth and our humanity. I don't know, unless you keep the faith, God will turn His back on you and I think it's yet to be determined how important our country is to the great Almighty."