Streets and Subways Flooded in NY City Even Before Elsa, Storm Unleashes Tornadoes and Flooding up the Coast 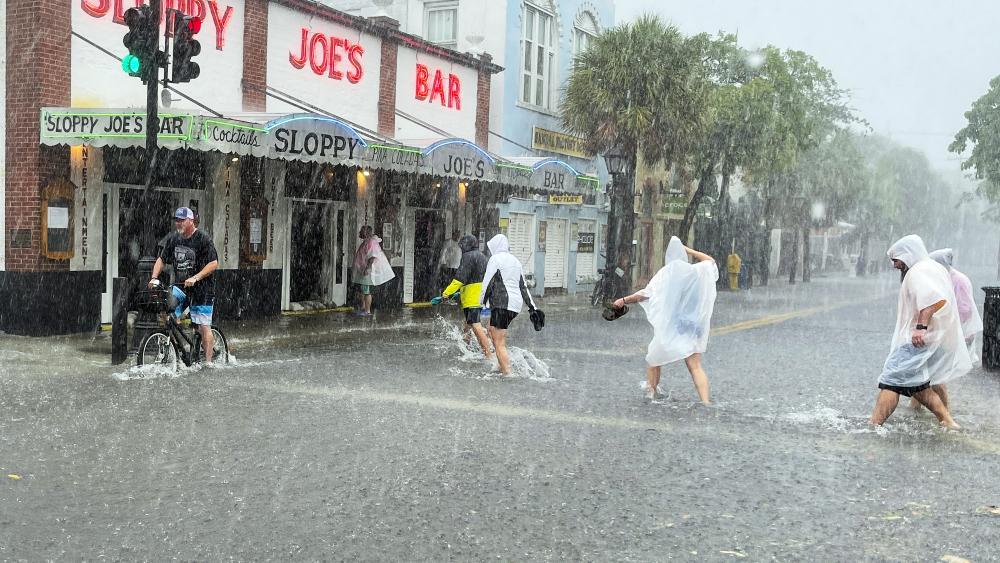 Americans along the upper East Coast face a tropical storm warning today, and Elsa could lead to tornadoes and flash floods as it moves into the Northeast.

It hit the Southeast and Mid-Atlantic in the last few days.

The storm is blamed for one death in Florida, and it sparked a damaging tornado in Georgia on its way north.

The waters disabled some of the city's highways and streets. Police rescued more than a dozen people from an expressway.

Before hitting the Northeast, Elsa gained strength over the Carolinas. It also flooded some roadways in Virginia where a driver got his Ford Mustang stuck in feet of water.

Elsa had produced at least one tornado in every state it hit as of late Thursday. A powerful twister struck Jacksonville, Florida. The 110-mph winds wreaked havoc in the area.

One person died in Jacksonville after a tree crushed his car.

"(The) poor gentleman was just driving, probably heading home, and a tree came down and hit his car," said Lt. Rich Buoye of the Jacksonville Sheriff's Office.

And in Georgia, another tornado formed because of Elsa. The EF-2 twister carved through a Navy base, destroying trailers and sending debris flying. Nine people went to the hospital.

"I come out, and there's guy's pushing his kids out the top door over here," said Lena Swigart, an eyewitness.

Large trees fell on homes and businesses, and Elsa led to nearly 50 million people being under flash flood watches as it moved up the East Coast.

Back in the Northeast, the tropical storm could produce five inches of rain as it travels to Boston by midday, carrying with it winds up to 50 mph.