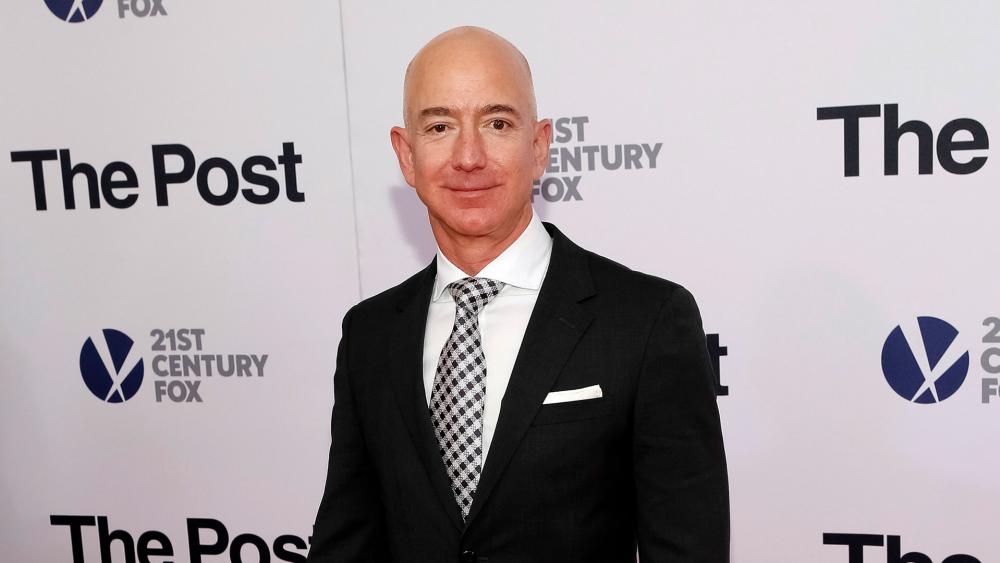 In this Dec. 14, 2017, file photo, Jeff Bezos attends the premiere of "The Post" at The Newseum in Washington. (Photo by Brent N. Clarke/Invision/AP, File)
6264593907001
WATCH: Amazon Billionaire Bezos Blasts Off into Space, Touts Beginning of Space Tourism

Strapped in with three other crew members, Bezos became the second billionaire to launch into space on his own rocket.

Blue Origin's "New Shepard" rocket blasted off from West Texas with Bezos and his brother, an 18-year-old from the Netherlands, and an 82-year-old female aviation pioneer from Texas — the youngest and oldest to ever hurtle off the planet.

The crew returned to earth safely after their brief ride.

Bezos and his billionaire rival Richard Branson are hoping to lure wealthy tourists to ride their new space attractions by appealing to people's sense of adventure and childhood dream of becoming an astronaut.

The capsule was fully automated, so there was no need for trained staff on the quick up-and-down flight which only lasted approximately 10 minutes. Branson's Virgin Galactic rocket plane needs two pilots to operate.

But the question remains. Can anyone who rides these "space flights" be considered an astronaut?

Axios reports the definition of an astronaut is open to interpretation since the FAA, U.S. military, and NASA all have different definitions of what it means to be designated as an "astronaut" and none of them fit perfectly with the way Bezos' Blue Origin or Branson's Virgin Galactic are doing business.

"There is going to be a segment of the population that's waiting in line to ride these suborbital rockets because they have dreamt of being an astronaut their entire lives, and to be told they're not an astronaut would ruin the experience for them," said space historian Robert Pearlman.

Watch the live stream of the Blue Origin heading towards space HERE: