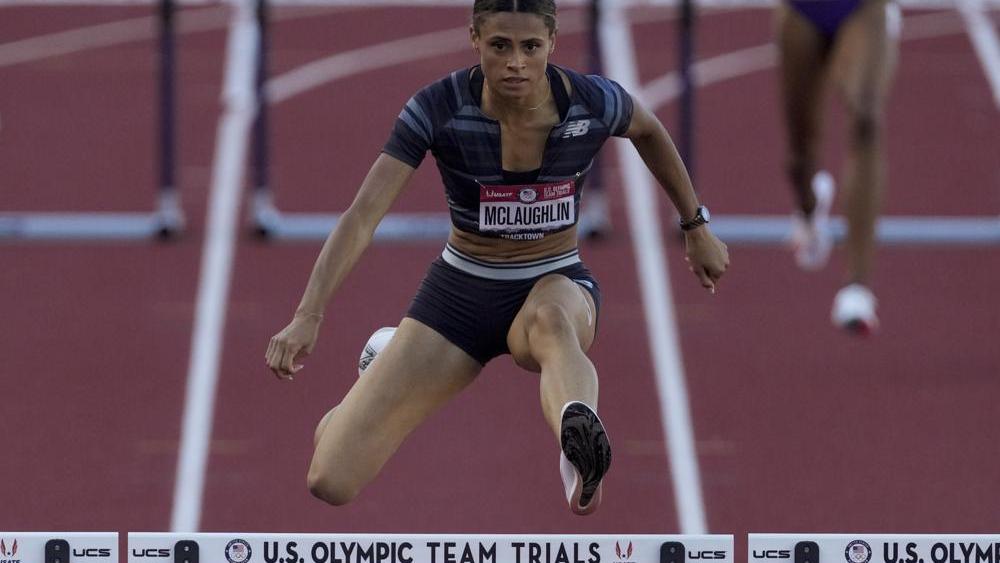 During the U.S. Olympic track and field trials on Sunday, Sydney McLaughlin broke the world record in the women's 400-meter hurdles, giving all of the glory to God.

McLaughlin, 21, recorded a time of 51.90 seconds and became the first woman to run the event in under the 52-second mark. She beat defending Olympic champion Dalilah Muhammad's previous time of 52.16, Sports Spectrum reports.

McLaughlin recalled the moment she crossed the line during a post-race interview.

"All the glory to God," McLaughlin told NBC Sports. "Honestly, this season just working with my new coach and my new support system, it's truly just faith and trusting the process. I couldn't ask for anything more and truly it is all a gift from God."

WATCH McLaughlin's interview with NBC Sports at 7:33 in the video:

When she compared this race with previous competitions against Muhammad, McLaughlin pointed out that the most important difference was placing her faith in her Lord and Savior.

"Dalilah's a great competitor," McLaughlin said. "I think I was growing into my own person. And I think the biggest difference this year is my faith, trusting God and trusting that process, and knowing that He's in control of everything. As long as I put the hard work in, He's going to carry me through. And I really cannot do anything more but give the glory to Him at this point."

On Monday, McLaughlin continued to direct the focus on God while reflecting on her victory.

"I just kept hearing God say, 'Just focus on me.' It was the best race plan I could have ever assembled," she wrote on Instagram. "I no longer run for self-recognition, but to reflect His perfect will that is already set in stone. I don't deserve anything. But by grace, through faith, Jesus has given me everything. Records come and go. The glory of God is eternal. Thank you Father."

"The mental strain of preparing for the rounds in order to solidify your spot is heavy enough. But the amount of weight the Lord took off my shoulders, is the reason I could run so freely yesterday," she added.

The first round of the women's 400-meter hurdle competition at the Tokyo Games is scheduled for July 31. The semifinals will take place on Aug. 2 and the finals will be on Aug. 4.