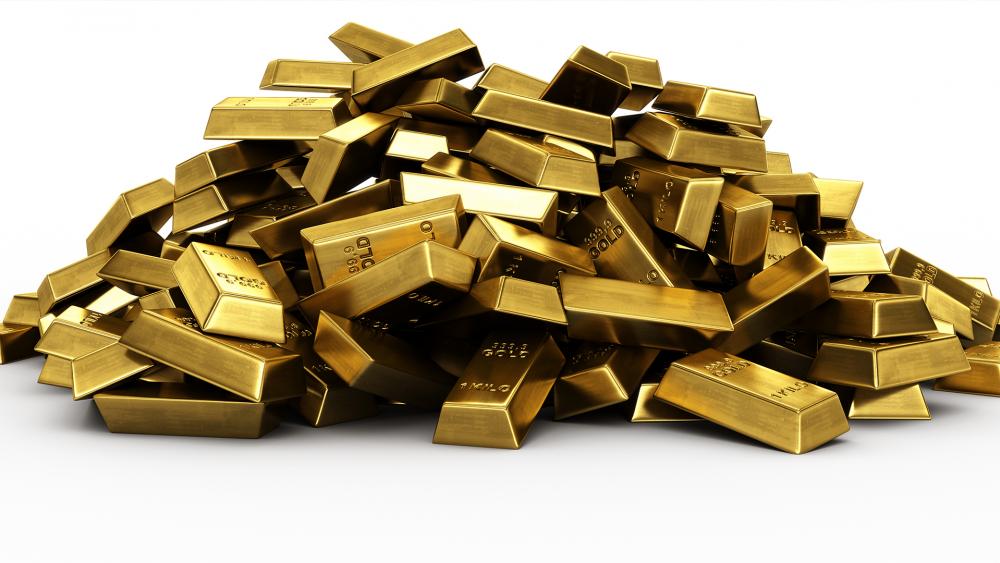 For more than 156 years, the myths of the lost gold of the Confederacy still survive. (Image credit: Adobe Stock)

It seems tales about long-lost Civil War gold will not go away, even though for the last 156 years people have looked unsuccessfully across the country for it.  Most of the tales revolve around the supposed millions of dollars in gold that reportedly disappeared from the Confederate treasury at the end of the war.

The most recent story involving some of the lost treasure came after court documents were unsealed on Thursday revealing that an FBI agent applied for a federal warrant in 2018 to seize a fabled cache of U.S. government gold, which he said was "stolen during the Civil War" and hidden in a Pennsylvania cave, saying the state might try to take the gold for itself if the feds asked for permission.

Government Was Looking for Gold

This affidavit confirmed reports by The Associated Press that the government had been looking for a legendary cache of gold at the site, which federal authorities had long refused to confirm. In any case, the FBI said, the dig came up empty.

"I have probable cause to believe that a significant cache of gold is secreted in the underground cave" in Dent's Run, holding "one or more tons" belonging to the U.S. government, wrote Jacob Archer of the FBI's art crime team in Philadelphia.

Archer told the judge he needed a seizure warrant because he feared that if the federal government sought permission from the Pennsylvania Department of Conservation and Natural Resources (DCNR) to excavate the site, the state would claim the gold for itself, setting up a costly legal battle.

In 2013, the affidavit said, a legislative staffer contacted a pair of treasure hunters who had identified the likely site of the gold. The staffer "corruptly" offered to get the treasure hunters a state permit to dig "in return for three bars of gold or ten percent" of whatever they recovered. The staffer said he was acting on behalf of others in state government, according to Archer, including "someone who controlled money going to DCNR and someone working in the Pennsylvania governor's office."

The FBI had long refused to explain exactly why it went digging on state-owned land in Elk County in March 2018, saying only in written statements over the years that agents were there for a court-authorized excavation of "what evidence suggested may have been a cultural heritage site."

According to the affidavit, the FBI based its request for a seizure warrant partly on the work done by the treasure hunters, who had made hundreds of trips to the area. The father-son duo told authorities they believed they had found the location of some fabled Union gold, which, according to legend, was either lost or stolen on its way to the U.S. Mint in Philadelphia in 1863. 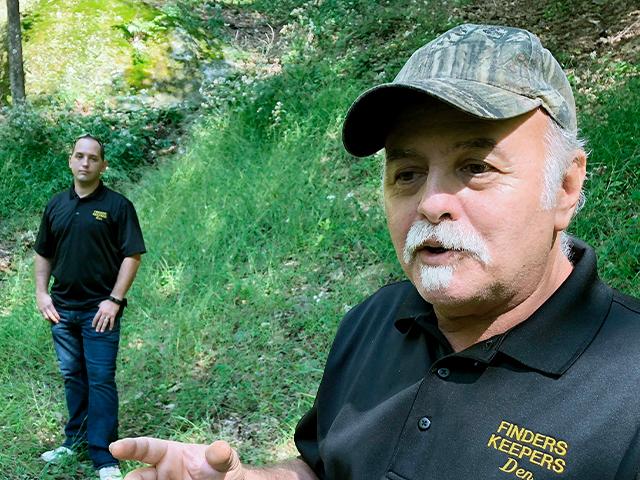 This Sept. 20, 2018, file photo, Dennis Parada, right, and his son Kem Parada stand at the site of the FBI's dig for Civil War-era gold in Dents Run, Pa. Court documents unsealed Thursday, June 24, 2021, show that an FBI agent applied for a federal warrant in 2018 to seize a cache of gold that he said had been "stolen during the Civil War" while en route to the U.S. Mint in Philadelphia. The Paradas, co-owners of the treasure-hunting outfit Finders Keepers, have said they believe the FBI found gold at the site and have pursued legal action to get more information. (AP Photo/Michael Rubinkam, File)

Underground Mass of Nine Tons with Density of Gold

After meeting with the treasure hunters in early 2018, the FBI brought in a contractor with more sophisticated instruments. The contractor detected an underground mass that weighed up to nine tons and had the density of gold, the affidavit said.

Archer wrote that he also spoke with a journalist, identified as "Person 3," who had done extensive research on a Civil War-era group called the Knights of the Golden Circle. The KGC, Archer wrote, was a secret society of Confederate sympathizers that had purportedly "buried secret caches of weapons, coins, and gold and silver bullion, much of which was stolen from robberies of banks, trains carrying payroll of the Union Army during the Civil War and from northern army military posts, in southern, western and northern states."

Archer said that a turtle carving found on a rock near the proposed dig site was "very likely... a KGC marker for that site."

Archer wasn't able to confirm the U.S. Mint had actually missed any expected shipments of gold because the Mint did not have records for the Civil War period, the affidavit said.

The FBI apparently did not indicate to the judge, in writing, what it found at the site, according to the documents unsealed Thursday. A spokesperson for the U.S. attorney's office in Philadelphia said no such document was filed with the court because the dig came up empty.

Did the FBI Find Gold at the Site? Questions Unanswered

Dennis and Kem Parada, co-owners of the treasure-hunting outfit Finders Keepers, have said they believe the FBI found gold at the site. They are seeking thousands of pages of FBI documents about the investigation as well as video files of the dig.

He noted the warrant granted by U.S. Magistrate Judge Richard Lloret gave FBI agents permission to dig from 6 a.m to 10 p.m. But residents have told of hearing a backhoe and jackhammer overnight — when the excavation was supposed to have been paused — and seeing a convoy of FBI vehicles, including large armored trucks.

In addition, it is telling that the FBI never checked back with the contractor whose sensitive instruments had indicated the possible presence of gold to ask what went wrong, said Warren Getler, the journalist identified as "Person 3" in the affidavit.

"Did the science really go wrong? I am not so sure about that," said Getler, author of "Rebel Gold," a book exploring the possibility of buried Civil War-era caches of gold and silver.

"Why did they send four or five armored cars after the fact?" he asked. "Why did they work under cover of darkness? Why did they kick us off the mountain at 3 p.m. that day when we were supposed to be working as partners?"

The FBI assertion of an empty hole is "insulting all the credible people who did this kind of work," Dennis Parada previously told the AP. "It was a slap in the face, really, to think all these people could make that kind of mistake."

As The Associated Press reported in 2018, historians have cast doubt on the claim that a shipment of gold was ever lost on its way to the U.S. Mint in Philadelphia.

Depending on who's doing the telling, the shipment had either 26 gold bars or 52 bars, each weighing 50 pounds (23 kilograms), meaning it would be worth about $27 million or about $55 million today.

Myths about millions of dollars in lost Confederate and other Union gold have persisted for years even when confronted with facts from the people who were there.

For example, Confederate Navy Captain William H. Parker, the man who was put in charge of the gold that left Richmond on April 2, 1865, later told a Richmond newspaper in 1893 that the funds put in his charge totaled only "about $500,000 in gold, silver, and bullion," according to History.com. Still, rumors of millions of dollars being lost continue even after all these years.

The myths even went mainstream when in 2018, The History Channel premiered its series The Curse of Civil War Gold, which was loosely based on the theory that a group of Union soldiers from Michigan's 4th Cavalry who captured Confederate President Jefferson Davis had stolen the gold.  The soldiers then secreted it up to northern Michigan where it eventually found its way into a boxcar which now lies on the bottom of Lake Michigan. The show was canceled after two seasons.

Another theory about the Confederate gold's whereabouts even appeared in the Feb. 7, 1912 edition of The Literary Digest titled Strange Story of a War-Time Mystery.

The writer of this theory says before Jefferson Davis was captured by Union troops, the Confederate soldiers guarding the gold took it. They filled their saddlebags with whatever amount they could carry before leaving the scene.

It seems that theories about where the gold ended up will always be around.

As author William Rawlings told History.com, "People like to believe there's something out there," Rawlings says. "They left Richmond with a bunch of money, and when Davis's group was captured six weeks later, they didn't have it. The question is, what happened? And people's imaginations take over from there."