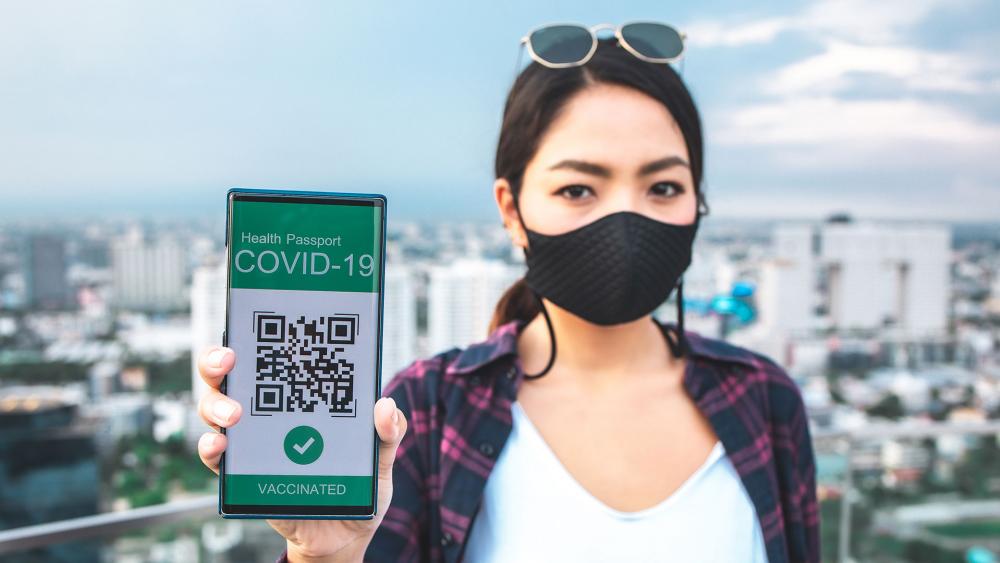 With the pandemic easing and the CDC no longer demanding masks indoors or outdoors, businesses are grappling with whether to require proof of the vaccine from employees and customers alike.

For the first time in a year, COVID-19 cases are down in all 50 states. And more than 60 percent of adults have gotten at least one dose of a vaccine.

New York, which became ground zero during the beginning of the pandemic, recently announced that vaccinated residents no longer must wear masks or social distance.

But some say it is still too soon.

"I'm gonna keep the mask on. I'm not taking any chances," said one New Yorker.

Some companies are also not taking chances, implementing what is called vaccine passports. The passports would require people to show evidence that they have been vaccinated before taking part in events or entering certain buildings.

The Malt House Restaurant in New York's Greenwich Village is a prime example.

"So, when the guests come through the door, it's going to be the first question that we ask, 'Are you guys vaccinated?'" explained Kevin Ohanlon. "'Can you prove it? Can you just show a quick bit of proof?' And then essentially, 'If you guys are happy enough to take your mask off, you're more than welcome to do so.'"

"I'm going to have all of my staff – who have been vaccinated – to make sure that they show up with the (vaccine) passport on hand," Ohanlon added.

But a number of red states are moving to prevent businesses from making this move.

Florida, Texas, Georgia, Iowa, and others have banned vaccine passports, citing privacy concerns and freedom as the main reasons for the ban.

"Government should not require any Texan to show proof of vaccination and reveal private information just to go about their daily lives," said Texas Gov. Greg Abbott. "That is why I issued an executive order that prohibits government-mandated passports in Texas. We will continue to vaccinate more Texans and protect public health and we will do so without treading on Texas' personal freedoms."

Elsewhere in the South, in Smithfield, Virginia, response to vaccine passports is mixed.

"I think that's a good thing," said Rob Ridlin. "I think it should be part of the hiring process. I think before you get on an airplane and before you work in an establishment that deals with the general public, employers have every right to require proof that they've been vaccinated."

"It's good for society to get better," said a woman named Grace, who didn't want to give her last name. "They should and we can open up again this economy that is really in need."

Mickey Hoskins said, "I think in a way it's a good idea and it's a bad idea. I mean if you can prove it, yeah, but it's kind of an invasion of privacy."

Delta Airlines recently mandated vaccinations for all new employees in the U.S.  As for passengers, airlines do not require vaccines or passports although many are considering digital versions for scanning that would carry specific health information.

"I think we should have some sort of vaccine passport," said Ken Benjamin. "I like to travel internationally, and it would be nice to demonstrate that I am in fact vaccinated."

Other businesses could follow suit, according to a survey by the Rockefeller Foundation and Arizona State University. Overall 88% of the employers surveyed plan to require or encourage employee vaccinations.

Of that number, 60% will require proof of vaccination.

According to the EEOC, employers can legally make this requirement, while providing exceptions for those with a medical or religious accommodation.

This fall, a number of campuses, including Yale, Georgetown, and the University of California, will make vaccinations mandatory.

"God wants me to be healthy and I don't want to put those kinds of chemicals and toxins inside my body," Jackie Gale, a sophomore at the University of Alabama-Birmingham," said on the Watercooler Podcast with CBN's David Brody.

Gale has never received any vaccine for religious reasons. And for some reason, she was blocked from registering for classes this semester.

"Recently I finished my first year. I was allowed to live on campus, attend classes," explained Gale. "Then I looked on the website. I had a hold on my record from not having immunizations and I was told that my religious exemption only was valid K through 12 and it was not valid for my college experience."

While Gale's attorney says the school has since lifted the hold and is working to allow her to take classes again, she pointed out that her client's religious exemption should be respected and protected.

"The university has lifted the hold," explained Keisha Russell, counsel at First Liberty Institute. "We're still in ongoing conversations with them at First Liberty and we're waiting for them to really confirm that she's not going to have this issue again. They did allow her to register all last year in her freshman year. We're trying to get them to confirm that they do honor religious exemptions; put that in their policy, a written policy just like they acknowledge medical exemptions. They need to honor the religious liberty exemptions too. We want to make sure she's not going to have the same problem throughout her experience at UAB."

Meanwhile, some evangelical colleges are also encouraging students to get the vaccine with Seattle Pacific University adopting a mandate that students be vaccinated before starting school in the fall.