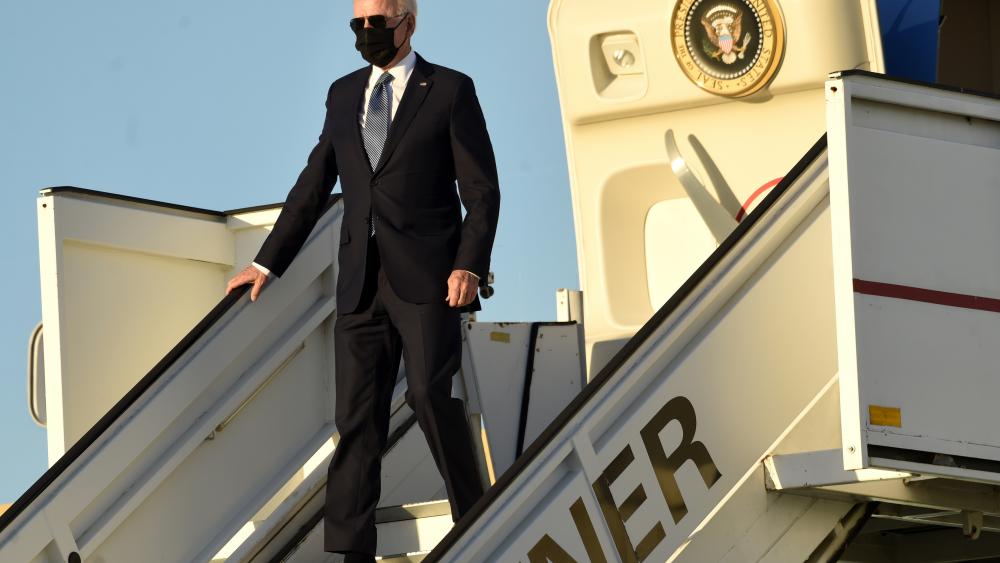 U.S. President Joe Biden steps off Air Force One as he arrives at Melsbroek Military Airport ahead of a NATO summit in Brussels, Sunday, June 13, 2021. (Didier Lebrun, Pool via AP)

President Biden is meeting with economic and military allies in Europe this week. And he's already had more than one significant flub when it comes to U.S. foreign policy with Russia and its authoritarian leader Vladimir Putin.

Biden gathered with NATO leaders in Brussels today, where challenges from Russia and China are taking center stage.

The alliance is expected to label China a security risk due to its cyberattacks and naval expansion.

The NATO summit comes after the weekend G7 summit in England, where leaders from the world's strongest economies condemned China's human rights abuses.

The NATO nations are reaffirming the organization's central tenet, that an attack on one member is an attack on all, and they're considering expanding that tenet to include cyberattacks.

That's also a major topic in the upcoming summit between Biden and Putin after attacks by Russia-based cyber gangs targeted America's fuel and meat supplies.

Both leaders agree that U.S. and Russia relations are at historic lows.

Recently, Putin responded to a question about Biden referring to him as 'a killer.'

A reporter asked, "When President Biden was asked whether he believes you are a killer, he said, 'I do'. Mr. President, are you a killer?"

In a recent exchange with the press, Biden also misspoke multiple times, labeling the wrong country as a concern between the U.S. and Russia. He repeatedly referred to Libya, even though the real issue is about Russia's military involvement in Syria.

Biden and Putin meet in Geneva on Wednesday.