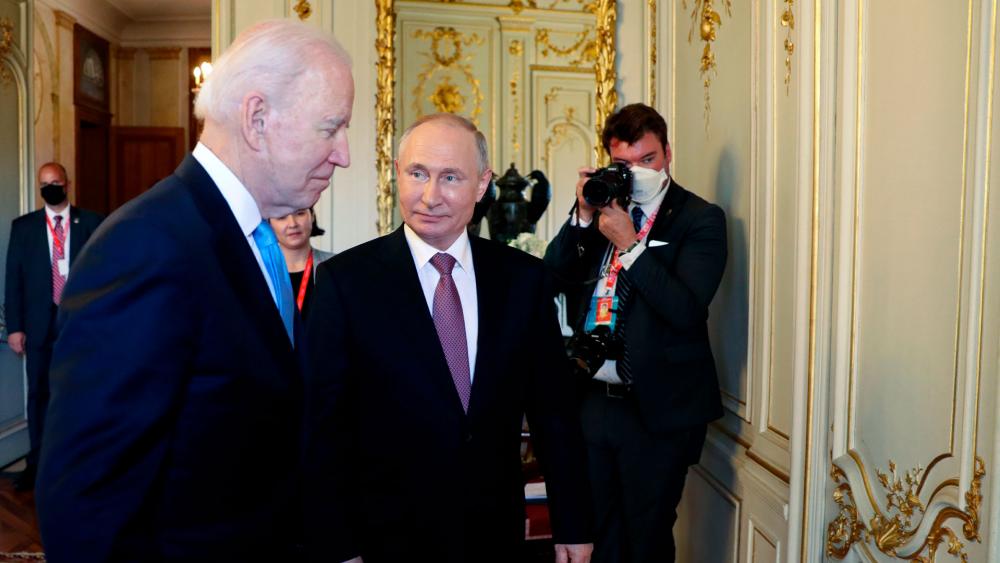 The much anticipated Switzerland summit between Presidents Biden and Putin is over.  And for all the hype and suspense built around the meeting, Biden says the real work begins now.

The summit was expected to take up to five hours, but it took less than three. The leaders said that's because it was efficient, and they agreed it was time well spent.  President Biden called the meeting good and positive, not strident, even when they disagreed.

From the outset, things appeared awkward as the two presidents sat for an uncomfortable-looking photo opp.  But when the cameras left, they say, the meeting turned substantive and productive.

"I told President Putin my agenda is not against Russia or anyone else, it is for the American people," Biden said.

"As for the first general appraisal I think there was no hostility, quite the contrary," Putin said.  "The talks were quite constructive."

Important boxes were checked during the summit. The presidents agreed they would once again welcome each other's ambassadors into their countries. They also broached the idea of a possible prisoner swap between the two countries.

"We talked about it, President Biden raised that question, the question about American citizens that were in Russian prisons," Putin said.  "We discussed that there could be some compromise that we enter into between the Russian Foreign Ministry and U.S. State Department. They will be working on it."

The two gained some ground on the subject of cybersecurity, a key objective especially following recent ransomware attacks on the U.S. linked to criminals in Russia.

"We agreed to task experts in both our countries to work on a specific understanding about what's off-limits and to follow up on specific cases," Biden said.

Still Putin projected a tone of denial, even after the meeting.

"We know there were cyberattacks on a pipeline company in the U.S. and that company was compelled to pay five million and some of the money was returned," Putin said. "What does Russia have to do with that? We encounter the same threats."

On the issue of human rights, the Russian president seemed most defensive, engaging in a string of "what aboutisms" where the U.S. is concerned. He even referenced the January sixth attack on the U.S. Capitol.

"Some people died and one (Ashli Babbitt) was shot on the spot by police though not threatening with any weapons," Putin said. "In many countries, the same thing happens. America recently just had severe events after the killing of an African American and an entire movement known as Black Lives Matter and destruction."

Of course, the issue of human rights in Russia points directly to Putin. He is widely considered a strongman, authoritarian leader who eliminates his political opponents, like Alexei Navalny.

Biden countered Putin by saying the U.S. has its challenges, but its position on human rights is clear and unchanging.

"It's not about just going after Russia when they violate human rights," Biden said. "It's about who we are. How could I be president of the United States of America and not speak out against human rights?"

In the end, the two men said kind words about each other. Putin said that he could tell at first glance that Biden is "constructive, balanced, and experienced." On whether the meeting was ultimately successful, though, Biden simply said "we'll find out."