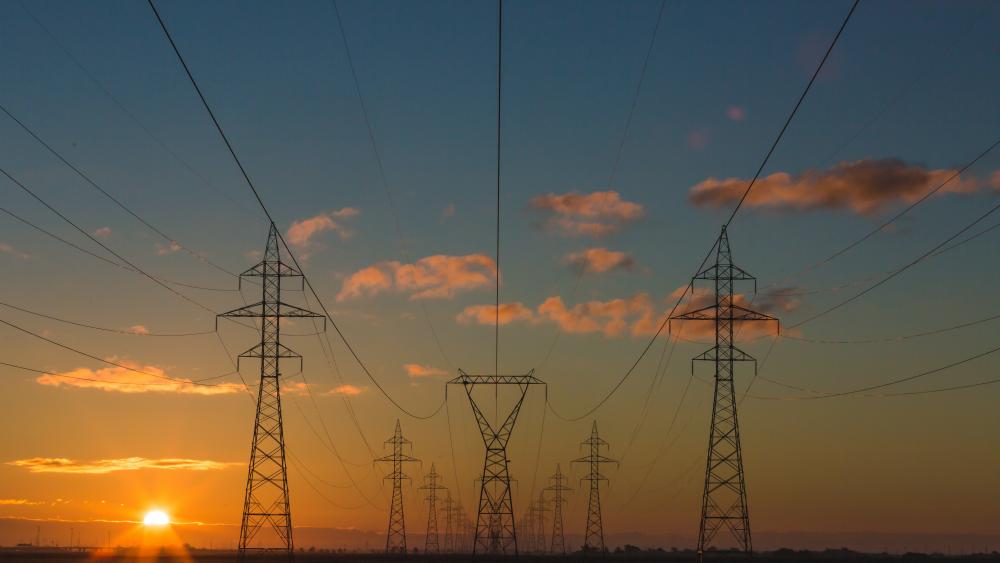 From natural phenomena to cyberattacks like the massive SolarWinds operation and this year's attack on the Colonial Gas Pipeline, security experts warn it's clear that most businesses and key infrastructure like power grids across this country are woefully unprepared to meet such threats.

"They went after our gas and they went after our hot dogs. No one is out of bounds here. Everyone is in play here," warned Christopher Krebs, former director of cybersecurity at the Department of Homeland Security.

Lawmakers like Sen. Bob Hall (R-TX) also worry that means hackers could be just a few keystrokes away from turning the lights out in cities around our country.

"We are certainly vulnerable across the board to natural and man-made threats to our electrical grid system that could render it unrepairable in our lifetime," Hall told CBN News.

Hall said he's especially concerned about an Electronic Magnetic Pulse or EMP attack against the grid.

"It entails simply one small nuclear weapon being detonated above the central part of the United States, over Nebraska, Kansas area that would create a pulse from coast to coast, from border to border, that would totally annihilate our electric system," he explained.

He released a report recently concluding that North Korea is now in possession of EMP weapons so strong that no electric grid could survive such an attack.

"North Korea almost certainly has developed super EMP weapons," Pry told CBN News. "These are nuclear weapons that are specialized to produce extraordinarily powerful electromagnetic pulse effects and it would make it, along with Russia and China, one of the few nations in the world that has these weapons."

San Antonio, Texas is leading the nation's efforts to defend against such electromagnetic threats.

In collaboration with the Air Force's Joint Base San Antonio, Ret. Brig. Gen. Guy Walsh, along with teams of researchers, scientists, and security experts are studying grid vulnerabilities and deploying measures to protect them from getting fried.

For obvious security reasons, Walsh won't divulge specifics, but he tells CBN News their goal is "to really look across the board at training, education and the technologies that are going to help make the electrical grid both resilient to attack but also able to recover more quickly."

Meanwhile, grid operators in some regions of the country are also heeding warnings to prepare for solar storms and sunspots blasting particles into space called Coronal Mass Ejections or CME.

William Murtagh's group at the National Oceanic and Atmospheric Administration or NOAA maintains a direct line with all the electric companies in the event of a geomagnetic eruption.

"When we see one of these large eruptions occurring in the sun, what we call Coronal Mass Ejection, coming towards Earth, we initiate this hotline call and we make communication with essentially the entire grid, owners and operators across the nation," Murtagh, who serves as program coordinator at NOAA's Space Weather Prediction Center, told CBN News.

Researchers with the U.S. Geological Survey released a map last year showing grid systems in the Midwest and Eastern Seaboard that are particularly vulnerable to solar storms.

Still, the big challenge is that many of America's electricity systems weren't designed or built with the thought of being protected against cyber threats or EMP attacks.

"The systems themselves are very antiquated, they are very old, security is very difficult to do on these type of devices and we've seen in prior attacks where Russia has infiltrated our power grid from a military preparedness perspective which means in the event there's a conflict could Russia impact our grid," said David Kennedy, a cybersecurity expert and founder of TrustedSec and Binary Defense Systems.

Kennedy, a former NSA hacker, said only a few of these electric grids are even prepared to handle today's level of hacking sophistication, especially those attacks coming from China.

The energy industry is the third most targeted sector for cybercriminals, behind only finance and manufacturing.  And according to the Energy Department, hackers have the capability to shut down America's power grid.

"There are very malign actors who are trying, even as we speak, there are thousands of attacks of all aspects of the energy sector and the private sector generally, it's happening all the time," Secretary of Energy Jennifer Granholm told CNN recently.

Studies about costs run the gamut from more than $25 billion to protect the grid to as much as $7 trillion to upgrade and modernize the U.S. grid system.

A new survey from the non-partisan group Protect Our Power found a majority of people support more federal funding to secure our nation's electric grid ahead of potential catastrophe.

"As is so often the case when we face challenges or threats on the horizon we are better off dealing with it before it hits as opposed to after it hits," Jim Cunningham with Protect Our Power told CBN News.