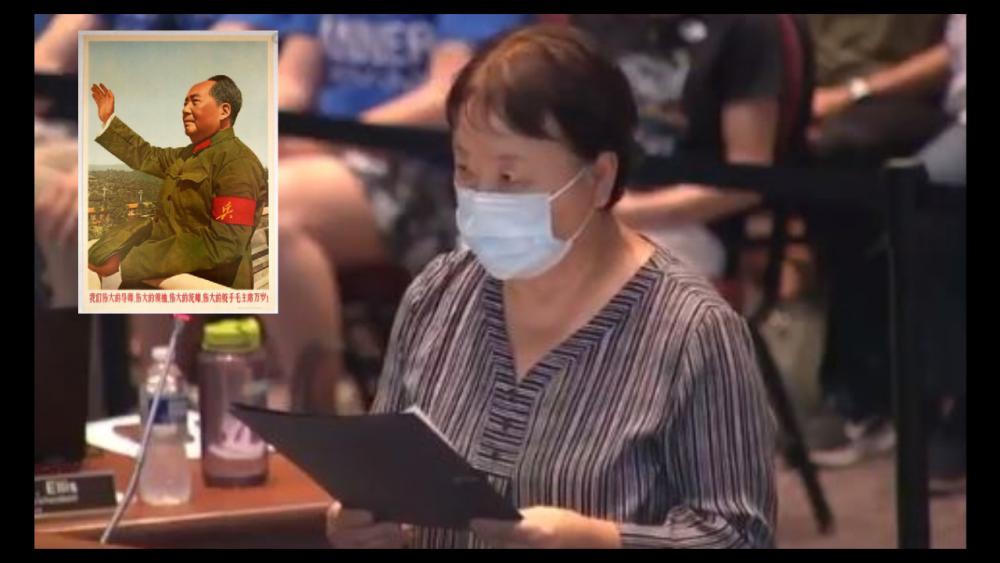 A clip of a woman who says she grew up on ‘Mao’s China’ issued a stern warning for schools adopting various forms of Critical Theory.

What a chilling warning for parents from someone who came to this country from China. pic.twitter.com/GOLmvntqgn

“I’ve been very alarmed at what’s going on in our school,” Xi Van Fleet said to the Loudoun County school board. “You are now training our children to be social justice warriors and to loathe our country and our history. Growing up in Mao’s China, all of this seems very familiar.”

Faithwire has reported on the uprising of concerned parents speaking out about CRT in their school system.

According to Van Fleet, she fled China when she was 26 and her son graduated from Loudoun back in 2015. She issued a chilling warning about the similarities she sees in critical theory and what she saw in the brutal Mao tenure.

“The communist regime used the same critical theory to divide people, the only difference is they used class instead of race. During the cultural revolution I witnessed students and teachers turned against each other, we changed school names to be politically correct. We were taught to denounce our heritage. The red guards destroyed anything that was not communist. Old statues, books and anything else.”

Speaking to Fox News, Van Fleet recalled some of the horrors of growing up under Mao.

The Cultural Revolution began when she was 6 years old, she said, and immediately pitted students and teachers and against one another by hanging “Big Posters” in hallways and the cafeteria where students could write criticisms against anyone deemed ideologically impure.

“One of the teachers was considered bourgeoisie because she liked to wear pretty clothes,” Van Fleet said. “So the students attacked her and spit on her. She was covered with spit… and pretty soon it became violence.”

“We were also encouraged to report on each other, just like the student equity ambassador program and the bias reporting system. This is indeed the American version of the Chinese cultural revolution.”

“The Critical Race Theory has its roots in cultural Marxism. It should have no place in our schools.”

The students and parents in attendance responded with applause.

“I felt like it’s such a free country, meaning I have free access to all sorts of information – books on both sides of the issues. I can’t really just say what I mean, even though the other side can say whatever. To me, and to a lot of Chinese, it is heartbreaking that we escaped communism and now we experience communism here.”