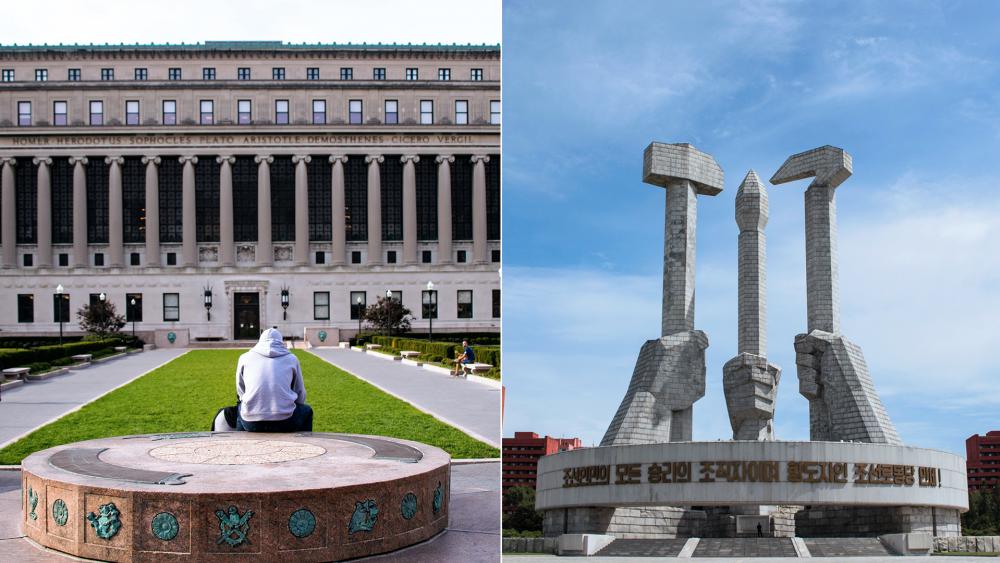 A North Korean who escaped from her country at the age of 13 in 2007, and eventually came to the U.S., transferred her school credits from a South Korean college in 2016, so she could attend the prestigious Columbia University in the Ivy League.

But what Yeonmi Park found there surprised her.

"I expected that I was paying this fortune, all this time and energy, to learn how to think. But they are forcing you to think the way they want you to think," Park said in an interview with Fox News. "I realized, wow, this is insane. I thought America was different but I saw so many similarities to what I saw in North Korea that I started worrying."

Park said she saw warning signs immediately after her arrival at the university. During orientation, she was confronted by a staff member for admitting she enjoyed classic books such as Jane Austen.

"I said 'I love those books.' I thought it was a good thing," Park told Fox News.

"Then she said, 'Did you know those writers had a colonial mindset? They were racists and bigots and are subconsciously brainwashing you.'"

North Korean defector says 'even North Korea was not this nuts' after attending Ivy League schoolhttps://t.co/s6fUCls7FL

Park said her experience at Columbia only got worse as she saw the school was infected with anti-American propaganda, reminding her of the communist indoctrination she had been taught while growing up.

She also said she was shocked and confused by questions about gender and language since every teacher in each of her classes had students declare their preferred pronouns.

"English is my third language. I learned it as an adult. I sometimes still say 'he' or 'she' by mistake and now they are going to ask me to call them 'they'? How the heck do I incorporate that into my sentences?" Park said.

"It was chaos," she told Fox News. "It felt like the regression in civilization."

She worries the future of the United States is as bleak as North Korea's, summing up her Ivy League experiences by saying, "Even North Korea is not this nuts. North Korea was pretty crazy, but not this crazy."

The Treacherous Journey to Freedom

Park and her mother escaped North Korea by crossing into China, where they were captured by human traffickers. Later, Christian missionaries were able to help them slip away into Mongolia, and they walked across the Gobi Desert. They ultimately found a safe haven in South Korea.

Six years ago, she published her memoir titled In Order to Live: A North Korean Girl's Journey to Freedom. In her book, she chronicles what life was like in North Korea and her traumatic journey that led to her freedom.

Park told Fox News she thinks America's universities are trying to strip their students of the ability to think critically.

"In North Korea, I literally believed that my Dear Leader (Kim Jong-un) was starving," she recalled. "He's the fattest guy - how can anyone believe that? And then somebody showed me a photo and said 'Look at him, he's the fattest guy. Other people are all thin.' And I was like, 'Oh my God, why did I not notice that he was fat?' Because I never learned how to think critically."

"That is what is happening in America," she continued. "People see things but they've just completely lost the ability to think critically."