In 2019, the small East Texas city of Waskom became the first in the country to adopt a local ordinance banning abortion. Since then, a pro-life sanctuary city movement has begun, with more than 30 cities adopting similar legislation. That includes 29 in Texas and two in Nebraska.

Founder Mark Lee Dickson told CBN News that Amos 5:15 with its call to pursue justice in the courts or city gate inspired him to focus on abortion at the local level.

"I just want to be obedient to the Word of God," he said.

Lebanon, Ohio is one of the most recent communities to declare itself a sanctuary city for the unborn. Like Waskom, there's no abortion clinic in the city, but leaders say that's not the point.

"Sometimes being an elected official means you step out and you take a stand on things," longtime Mayor Amy Brewer told CBN News.

Brewer said city officials decided it was strategic to preemptively outlaw abortion rather than risk a provider trying to set up shop in town.

"Without being pro-active, something like this could come into our community and we would be unable to stop it," she said.

The Lebanon city council unanimously passed ordinance 2021-053 in front of a packed crowd in late May after four hours of public comment, with those opposing it arguing that it was unnecessary and even unconstitutional.

The ACLU of Ohio warned it would stigmatize abortion and said "anti-abortion politicians in Lebanon have no business interfering in people's lives and health care."

Brewer maintains that because Lebanon has no abortion clinic, the ordinance does nothing to prevent local women from seeking an abortion.

For women facing an unexpected pregnancy, a clinic in town offers free testing, ultrasounds, and counseling.

City leaders credit a college student, 19-year-old Joshua Beckmann, with suggesting the idea for the ordinance.

"God just put it in my mind – a sanctuary city for the unborn," he told CBN News.

Councilmember Adam Mathews said, "President Biden has said that he wants abortion access available in every zip code of this country. We have our own zip code and we have a people that we want to be able to protect."

Mike Gonidakis, the president of Ohio Right to Life, said his phones started ringing off the hook after the Lebanon ban passed. He expects to see other Ohio communities pass similar ordinances.

"You're going to start seeing cities, townships, villages across the state passing these," he said. "We believe counties, county commissioners will pass this as well."

Outside Ohio, Dickson says interest is picking up in half a dozen states.

The big hope for these pro-life leaders comes in the fall at the Supreme Court. Justices will hear arguments in Dobbs v. Jackson Women's Health Organization, a Mississippi case that has the potential to overturn Roe v. Wade and Planned Parenthood v. Casey.

The case contests a state law forbidding abortions after 15 weeks. Gonidakis says a slew of abortion bans this summer could send a strong signal to the court.

"We can send letters and we can send emails but if we have our local governments telling them by passing ordinances as laws that we want to end this, the court's going to listen," he said.

Professor Brad Jacob at the Regent University School of Law isn't so sure, saying it's debatable just how important such cultural cues are in the court's decision-making.

"I'm not sure that a popular opinion poll is going to sway very many of the justices and the reality is that Americans are very, very split on abortion," he said.

A Gallup poll in early June found 52% think it should be illegal, or legal in a few circumstances. Forty-five percent support it in all or most circumstances.

Jacob says local abortion bans may or may not hold up in court, depending on how they're crafted.

"Your law may be unconstitutional," he said, noting that the Supreme Court has defined a right to abortion. "The city ordinance might just be flat unconstitutional and they could get hauled into federal court."

The other challenge lies in state politics. "Cities can't win a fight with a state," said Jacob. "A city or county is a creature of state law and ultimately if a state doesn't like what a city is doing, a state can find a way to stop it."

So far, the bans in these sanctuary cities remain. Most recently, a federal judge in Texas dismissed a Planned Parenthood lawsuit trying to overturn a voter-approved measure in Lubbock.

In Ohio, Mayor Brewer is prepared for such a challenge. Her "yes" vote, she says, has already led to personal threats.

"We took a brave move and you can do one of two things," she said. "You can be an elected official and you can ride the fence and do nothing or do what you think is best and take a stand on something."

For Brewer and other backers of these bans, it's important to take that stand, at least within their own city limits. 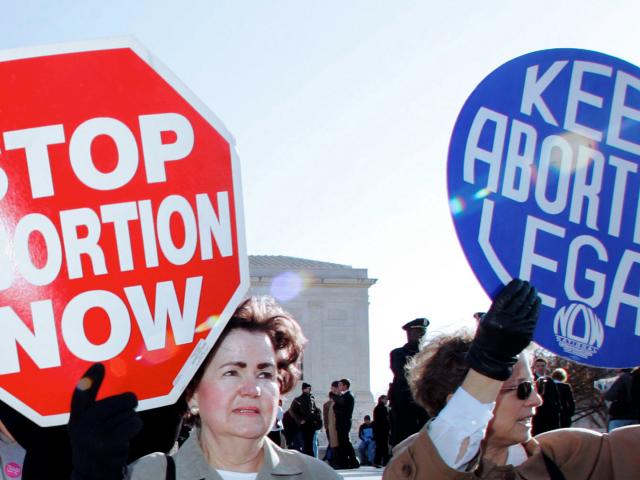 Shock Poll Shows Abortion Crowd 'Way Out of the Mainstream', Most Americans Want to Stop Abortions at Key Benchmark

Regret Taking an Abortion Pill? You Can Reverse It, but States Are Debating if Doctors Should Tell You
CBN News Email Updates