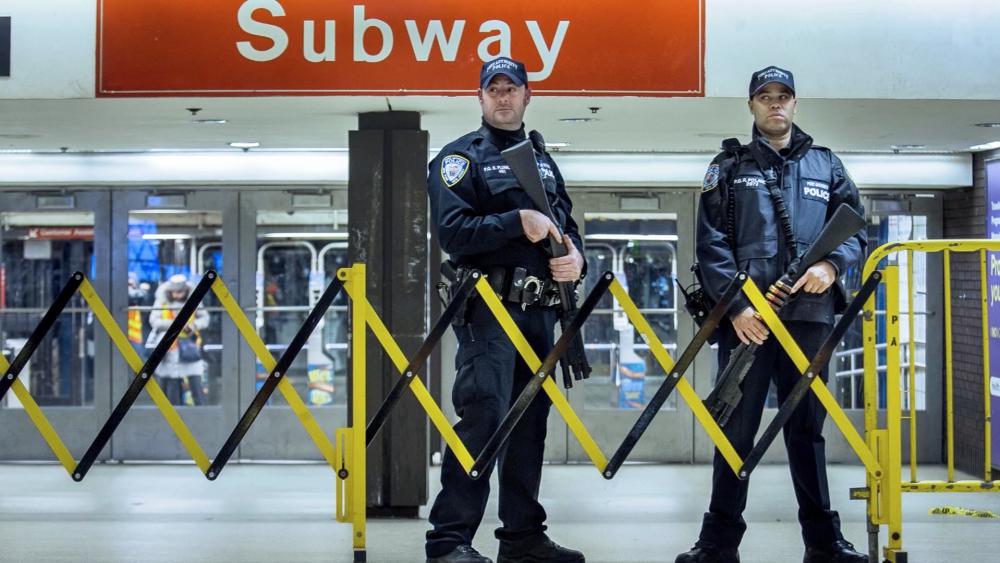 It's been a year since tens of thousands of people hit the streets demanding an end to police brutality and racism in the wake of George Floyd's murder.

A year later, the effects of those protests are taking a toll on police departments as experienced cops are retiring or quitting in droves.

It's happening from coast to coast.

"Police departments all across the country now experiencing an exodus of officers from the force," said a reporter with NewsNation Now.

In Washington, DC a record 313 police officers have retired or quit since last June.

In Seattle, the police chief faces a staffing crisis after 180 officers walked off the job last year and another 66 handed in their badges this year.

"We've already lost 266 and counting officers since George Floyd for a city that staffing levels are the same, if not less, than they were in the 1980s," said Mike Solen with Seattle's Police Officers Gild.

And it's not just happening in big cities.

"Tonight, more than half the force of a small-town police department has walked off the job in protest," reported Charlotte's FOX 46 TV, after officers with the Catawba Police Department handed in their resignations after a fellow officer was asked to resign.

A year after the push to defund police departments and calls for policing reform, officers are demoralized and demonized.

"Policing right now is just not a profession that is viewed favorably by a large segment of the public," said Virginia Beach Police Chief Paul Neudigate.

Neudigate's department among those facing a depleted force. The city approved funding for 813 sworn police officers but filling them has been difficult.

Virginia Beach currently has 112 operational vacancies. "It's a huge problem because what it forces us to do is to become very reactive because now we are running from call to call, from service demand to service demand."

In the seven months since 50 officers have either retired or quit the force.

"The national narrative, the anti-police sentiment is so strong. There are a lot of folks that were going to extend their careers and it's not worth it to them," Neudigate said. "So, it is not just a recruiting issue, it is very much a retention issue."

Many of those officers leaving with decades of experience.

"You are losing some of our most seasoned, experienced, decision-making folks, they are out the door," said Neudigate.

New data shows the cities most targeted by demonstrators now witnessing a historic exodus in the past year. 233 cops are gone in Louisville, Kentucky, where the shooting of Breonna Taylor sparked months of protests. In Portland, Oregon, 115 officers have left and in New York, 15 percent of the force, a staggering 5,300 officers, have quit.

Recruits on this day were learning various tactical exercises.

A year after anti-police protests, Neudigate notes it's harder than ever to recruit and retain officers, particularly those of color.

"We are not where we need to be in representing the diversity of our community," he admitted.

82 percent of his police force is white. The national average is about 72 percent.

"What we are finding is that there is a lot of pressure, especially for people of brown and black, for them not to be part of the policing profession at this time," Neudigate added.

He says even after recruits make it through the rigorous selection process and are hired, some end up quitting weeks later.

"People of color are under an immense amount of pressure that policing is something that they should not include in their resume."

This year's academy started in January with 38 recruits. Six of them have so far dropped out.

As Neudigate met with his command staff on a recent morning, he stressed that building relationship continues to be key in bridging the gap between the badge and the community it serves.

"We have to get back out into our communities, we have to have the face-to-face dialogue, they have to see that the men and women in blue as more than just a uniform or an authority figure, they have to see you as a person that's really out there just trying to be that protector of the community that we all want," Neudigate said.

It's been challenging to do that with the pandemic, but as more get vaccinated and restrictions loosen, Neudigate is eager to get his officers back building a path forward to better trust with the citizens they serve.