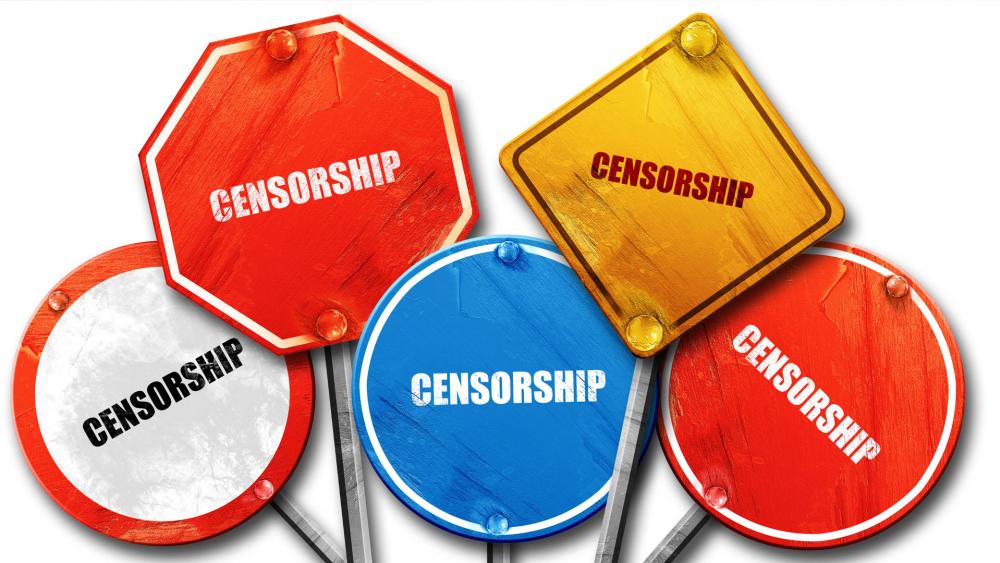 During the 1950s, Senator Joseph McCarthy held congressional hearings exposing communists in Hollywood and the U.S. government. Today, a similar effort is underway – only this time, Christian and conservative speech is being targeted.

From a sitting U.S. president to average Americans voicing their opinions about Covid-19 origins, masking, and vaccines. It seems if you share an opinion that doesn't support a progressive narrative, you'll be censored – maybe even banned from social media platforms

In the 20th Century, the Nazis burned books, Lenin, Stalin, and Mao silenced those who expressed views in opposition to the government.

In 2021, is this new censorship reminiscent of those one-party, totalitarian states?

"It has this in common," Alan Dershowitz explained on the CBN News Channel program The Global Lane "The people who burned the books in Nazi Germany were students. The people who advocated communism in Lenin and Stalin's Russia were students. The Millennials today are at the forefront of censorship. They think they have the truth and they don't need dissent, they don't need due process. Why bother with dissenting views, or free speech if they know what the truth is?"

Dershowitz, a former Harvard Law professor, and legal analyst believes that America is experiencing a new, dangerous wave of McCarthyism.

He details what is happening and who is responsible in his book, The Case Against the New Censorship: Protecting Free Speech From Big Tech, Progressives and Universities.

"We're not in Nazi Germany, we're not in Stalin's Russia, but we are getting close to situations where non-government officials and that's what is so dangerous – non-government officials, Twitter, Facebook, YouTube are determining what we can hear, what we can say. You know the First Amendment has two aspects: the right of the speaker to speak, but the right of the audience to listen," Dershowitz insisted.

The constitutional law expert contends that Americans are being deprived of the right to listen to divergent views.

Their video debate was censored by YouTube. Most likely, YouTube took the action because of the anti-vaccination views of Congressman Kennedy.

And this new censorship may even influence elections.

Last fall – just prior to the presidential vote – The New York Post story about Hunter Biden's laptop and money transfers from China and Ukraine was banned on social media. It was ignored or played down by some members of the mainstream media.

So, how worrisome is that type of censorship – influencing election outcomes by preventing all factual information from being made public?

"Not only does it prevent that, or have interference with that, but on so many other aspects of life – on whether to take a vaccination or not, on other issues. The head of the little town of Brooklynn Center [City Manager Curt Boganey] said that he thought the woman police officer [Kim Potter] who pulled out her gun instead of her taser and thought she was firing the taser yelling, 'taser, taser' taser' – when she was indicted for manslaughter the town guy said she ought to be given due process and he was immediately fired for calling for a constitutional right, for due process for every citizen you get fired? And there were threats if they didn't fire him there would be all kinds of repercussions. That's the problem that is going on in America today," said Dershowitz.

And it's not only Big Tech – colleges and universities are also censoring speech.

Dershowitz said he was dismayed when Harvard University fired one of his former colleagues, Professor Ron Sullivan who was the first African American to ever be made a Dean of a Harvard College.

"He was a great dean and then he made the quote, 'mistake' of defending Harvey Weinstein for about a month on constitutional issues. And the students at his college said they felt unsafe They didn't feel unsafe a year earlier when he defended someone accused of a double murder. But they felt unsafe because he was representing somebody who they didn't like and who had been accused of sexual misconduct. So he got fired by Harvard University for whom he represented."

Dershowitz said if this approach had been applied throughout history, some famous and celebrated Americans would also have fallen victim to cancel culture.

"If John Adams had been a professor at Harvard back in 1771, he'd have been fired I guess for representing the Boston Massacre soldiers and Abraham Lincoln would have been fired because he had represented some disreputable characters and great people in America have represented awful people over time," he insisted.

So, what can be done to reverse this trend?  Is it too late?

"It's not too late. We write books as I do, we have talk shows like you do. And we try to appeal directly to the American public. Then we go to the American Supreme Court. We have legislation which could restrict the ability of social media to take advantage of Section 230 which exempts them from lawsuits if they continue to censor speech," Dershowitz explained. "So, there's a lot of things we can do. We haven't lost this battle. And it's part of a bigger war."

"Look, I  lived through McCarthyism as a student in college. We overcame that, I think we'll overcome this."