'It Was a Blessing': Business Owner Helps Homeless Man with Acts of Kindness, Video Goes Viral 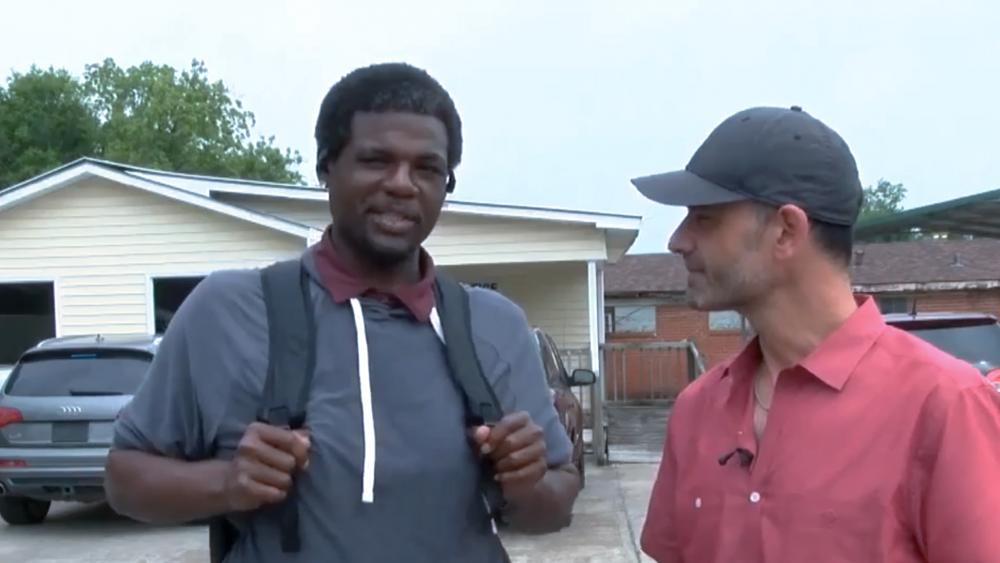 One Louisiana man did more than just help a homeless man he found sleeping outside, he fostered a friendship that has now inspired millions of viewers.

Alcide Dominique arrived at this dealership, Dominique Auto Sales located in Opelousas on April 22 and found a man curled up by the door. Rather than wake him up, Dominique decided to let him sleep, Fox News reports.

Dominique said it's not uncommon to find a homeless person sleeping near his car lot, but this time he noticed something different.

"He was very kind...He was just happy to be with people who were treating him like a human being," he explained.

Dominique discovered that Jaime Brown, 33, had been living on the streets for several years after the death of his grandparents.

The car dealer and his employee Sean got Brown a hot meal, bought him some supplies at the store, and paid for him to stay in a motel for the night.

"All we were doing was just being a friend, getting him something to eat, and getting him a room," he said. "That's all that we were planning on doing."

Sean had recorded the interaction between Dominique and Brown, then posted it on TikTok. The clip has been viewed by more than 11 million people - many of them wanting to know how they can help too.

"In one night, I think we got maybe about two to three thousand [dollars]," Dominique recalled. "It was like a blessing...He didn't have to go back on the street."

Ultimately, Dominique just wants to see his new friend succeed in life. KATC reports he was even able to help Brown get a job interview.

"It would be a tragedy for him to end up being on the streets again a year from now," he said. "So our goal is to work with him and take the time that we need to find him some rent-reduced apartments, perhaps a part-time job, transportation [like] a bicycle or a car."

Brown said he is grateful for the generosity shown by so many.

"It's kind of spectacular, you don't see that every day," he said. "Without him and Sean, I'd be nowhere, without y'all I would be nowhere."

Dominique recently shared on Facebook that he's working on opening a non-profit foundation that offers assistance to those in need.