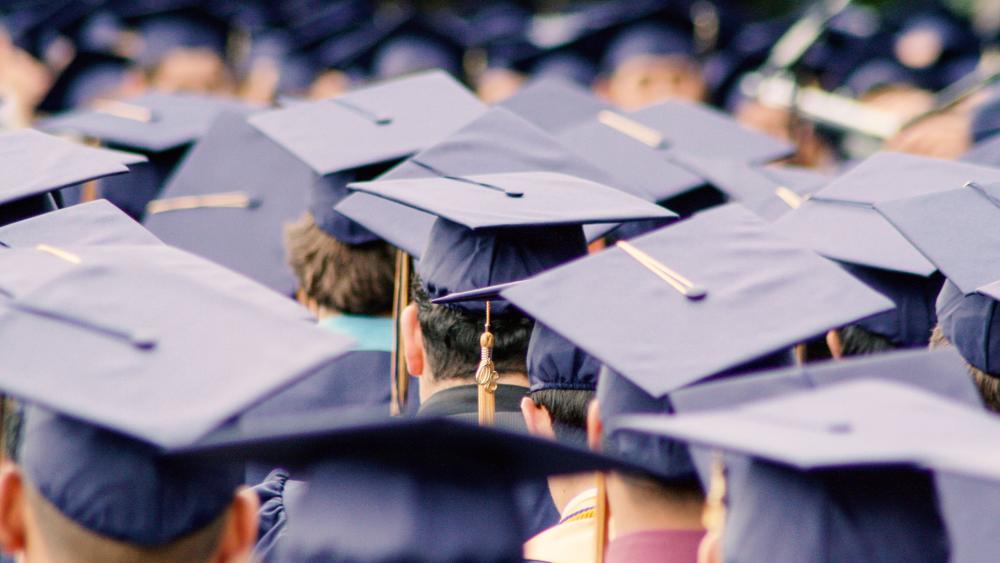 The Michigan high school principal who had censored a graduating senior’s valedictory address because of her Christian faith has reversed course, according to the religious liberty law firm representing the student.

In a press release issued Thursday evening, First Liberty Institute said Hillsdale High School announced it will permit Elizabeth Turner to talk about her Christian faith during her speech next month.

“We are grateful to school officials for acting swiftly to ensure that religious students can freely exercise their right to express their faith in a graduation speech,” said First Liberty attorney Keisha Russell. “Elizabeth is thrilled that she’ll be able to celebrate her graduation without being censored.  We hope that future graduates will be free from religious censorship.”

Turner, for her part, said she is “grateful I will be able to share my faith with my classmates, and I pray that God uses this situation to advance His kingdom.”

Elizabeth Turner, a high school senior in Michigan, is slated to deliver her school’s valedictory speech. But administrators are now telling her she can’t include any references to her Christian faith.

Amy Goldsmith, principal of Hillsdale High School, told Turner via a note on a Google Doc of the senior’s speech that it is “not appropriate” for her to explicitly talk about her faith in Jesus Christ.

Screenshots of the draft were shared with Faithwire on Wednesday by First Liberty, the religious freedom law firm representing Turner.

***As the number of voices facing censorship continues to grow, please sign up for Faithwire’s daily newsletter and download the CBN News app to stay up-to-date with the latest news from a distinctly Christian perspective.***

Goldsmith’s criticism was directed at the following section of the student’s prepared remarks:

For me, my future hope in my relationship with Christ. By trusting in him and choosing to live a life dedicated to bringing his kingdom glory, I can be confident that I am living a life with purpose and meaning. My identity is found by what God says and who I want to become is laid out in Scripture.

Whether we want to admit it or not, not one of us can be certain of how our lives will unfold, but we do know that trials will come. The reality is that we face an unpredictable future, and while we are making all these plans to prepare, ultimately, none of us are promised tomorrow, making it all the more important to make today count.

The principal said Turner couldn’t deliver her speech as it is written because she is “representing the school in the speech, not using the podium as your public forum.”

“We need to be mindful about the inclusion of religious aspects,” Goldsmith added. “These are your strong beliefs, but they are not appropriate for a speech in a public setting. I know this will frustrate you, but we have to be mindful of it.”

In a separate email, Goldsmith called out Turner for adding “more content of a religious and a focus on death nature,” which she suggested was problematic.

“I don’t agree that we should avoid the topic of tragedy and death because that is part of everyone’s future,” replied Turner. “I understand what you are saying, but for me, this is a time for my peers to evaluate our lives and to choose how we want to live since we’re not promised tomorrow, and I don’t want to write a speech that won’t be meaningful just to check off the box.”

“For me,” she added, “my personal future relies on my faith, and I also want the freedom to be able to address that in my speech if the opportunity arises.”

BREAKING: Today, we sent a letter to the principal at Hillsdale High School demanding that she allow a graduating senior, Elizabeth Turner, reference her faith in her valedictorian speech. LEARN MORE » https://t.co/cH5X9MccbE pic.twitter.com/877ogwJk61

“Student graduation speeches constitute private speech, not government speech,” they said. “And private speech is not subject to the Establishment Clause.”

First Liberty attorneys argued Goldsmith’s critiques violate U.S. Department of Education guidance issued in January 2020 that states student “expression is not attributable to the school and therefore may not be restricted because of its religious (or anti-religious) content and may include prayer.”

“Graduation is a time for celebration not censorship,” Russell said. “Students retain their constitutional rights to freedom of expression from elementary school all the way through the graduation ceremony.  All public schools should protect the private religious expression of their students.”