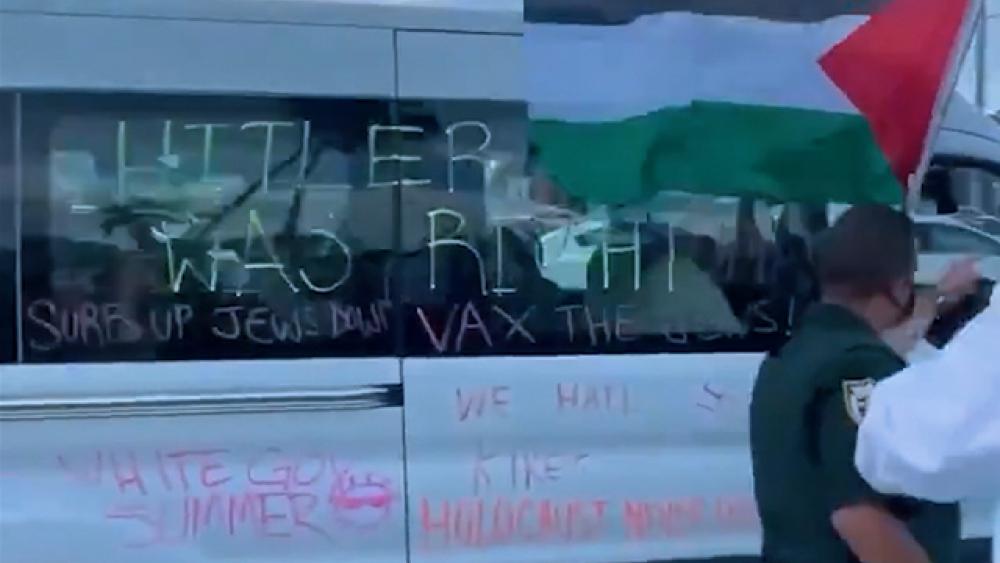 Palestinian protesters around the world have been praising Hitler for slaughtering millions of Jews (Image: Screen capture)
6255783983001
'Open Season' on Jews as Antisemitic Attacks Surge with Violence and Pro-Hitler Palestinian Messages

Phone video of attacks against Jews in cities across the U.S. shared on social media shows how Palestinian supporters are bringing the war against Israel and against Jews to America's streets.

Jews around the world know from experience that when Israel is attacked and fights back, they become even bigger targets for antisemitic violence.

A Jewish man was savagely beaten in New York's Diamond District. Another in Times Square.

In Los Angeles, a man is being held on suspicion of assault with a deadly weapon after an antisemitic attack on Jewish diners. Ten cars full of Palestinian supporters rolled up and tried to attack them as they ate outside in Beverly Hills.

Police are investigating the incident as a hate crime.

In Canada, a Jew was seen being chased in broad daylight.

In Florida, a pro-Palestinian caravan displayed the words, "Hitler was right." 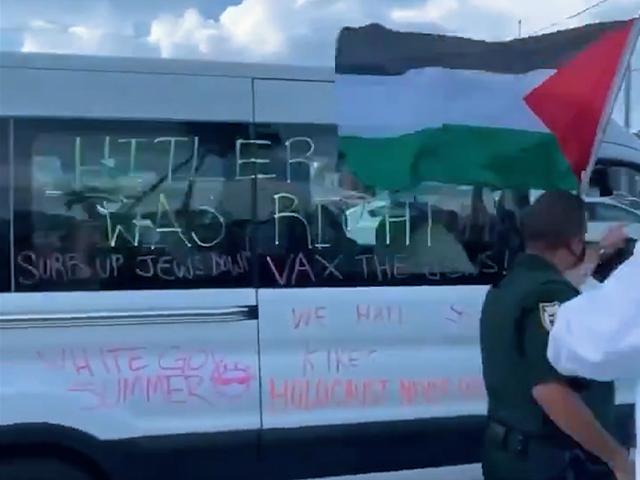 Palestinian protesters around the world have been praising Hitler for slaughtering millions of Jews (Image: Screen capture)

And in Hallandale Beach, Florida, a man yelled antisemitic remarks at a rabbi in front of a synagogue. He later returned so he could dump a bag of human feces in front of the building while shouting, "Jews should die!"

Rabbi Abraham Cooper of the Simon Wiesenthal Center says, "The language of the caravans that are going through Jewish areas with antisemitic slogans saying 'we're going to rape your wives and children,' and things like that...there's a sense that it's open season and fair game against Jews."

The Anti-Defamation League has documented antisemitism on multiple social media platforms, including 17,000 tweets that used variations of the phrase, "Hitler was right", and 193 antisemitic incidents in the week after the fighting in the Middle East began.

"When 'The Squad' members openly lie about Israel and use antisemitic tropes knowing they can say whatever they want as members of Congress and the leadership of Congress, meaning the Speaker of the House and the Majority Leader of the Senate won't take them down on that kind of rhetoric, signals abound that you can get away with it," Cooper said.

Cooper also said it's imperative that Christians stand by Jews and speak out strongly against the attacks and that the White House must do more to stop it.