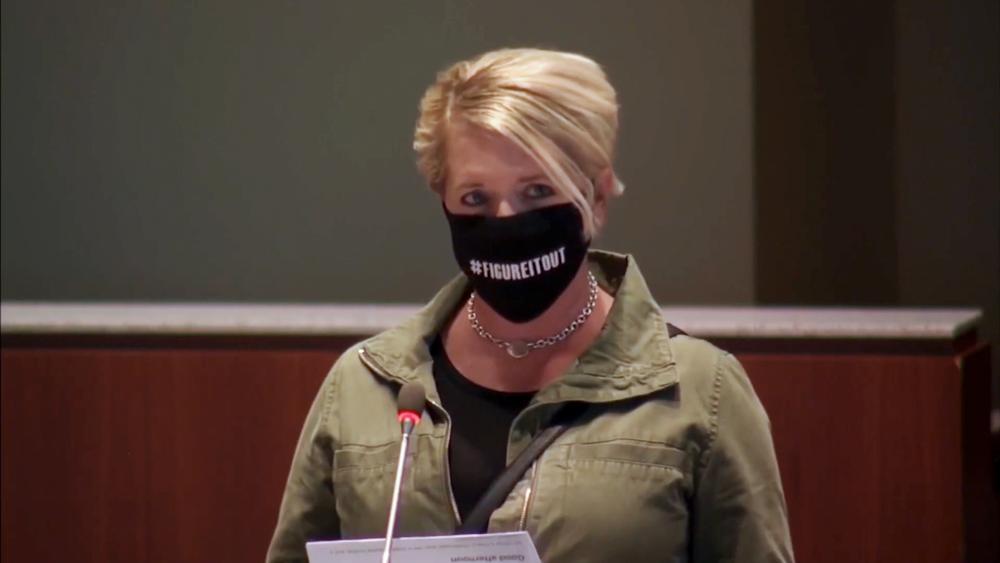 A Virginia school board is facing intense backlash, making national headlines again after some say the latest board meeting should be "rated X".

Parents in Loudoun County were up in arms, reading lewd, jaw-dropping passages aloud from their children's required books.

Last week parents dropped a bombshell with a public reading of the sexually explicit material required for students as young as the 9th grade.

Ian Prior is among a growing group of parents who believe the Loudoun County School Board is abusing its power.

"When it comes to parents that want answers to what their kids are being taught or not taught in school, they have no answers," Prior said.

Prior is spearheading the "Fight for Schools" PAC. So far, it has collected about 2,500 signatures aimed at unseating several board members who are accused of using a secret Facebook page to target parents who oppose them.

"They're looking to push materials or thoughts into a school system and less focus on reading, writing, and arithmetic," said parent Brandon Michon.

Last week, several angry moms took it up a notch, shocking the crowd by holding up signs and reading aloud sexually explicit and violent passages from books on the high school reading list.

WARNING: The following quotes were stated by parents at the school board meeting - they contain offensive sexual references from the books used in these schools.

"How did we get these unacceptable topics. You didn't follow your procurement policies when you bought $1.8 million of these trash books," one man said.

Only one school board member answered our calls. Leslee King said she could not speak for other members but tells CBN she did not read the material in question and says members are not required to do so.

On another sensitive subject, school officials deny Loudoun's so-called "Equity Plan" is a disguise for getting Critical Race Theory into the classroom.

"CRT is racist. It's abusive and discriminates against one's color… We don't want your political advertisement to divide or belittle them," said parent Chantel Cooper.

But Ziegler has described the program as "an effort to provide a welcoming, inclusive, affirming environment for all students."

Meanwhile, Prior is hoping backlash here will also inspire other communities to fight back.

"This country was founded on the ability of people to disagree and what we're seeing is there is no room for disagreement with their agenda," said Prior.

Recall efforts are rarely successful in Virginia. Most fail to get the required signatures or get dismissed by a judge for insufficient evidence. But Prior believes these board members are in for a rude awakening.