Regent University Celebrates 2,500+ Graduates: 'You Can Do all Things Through Christ' 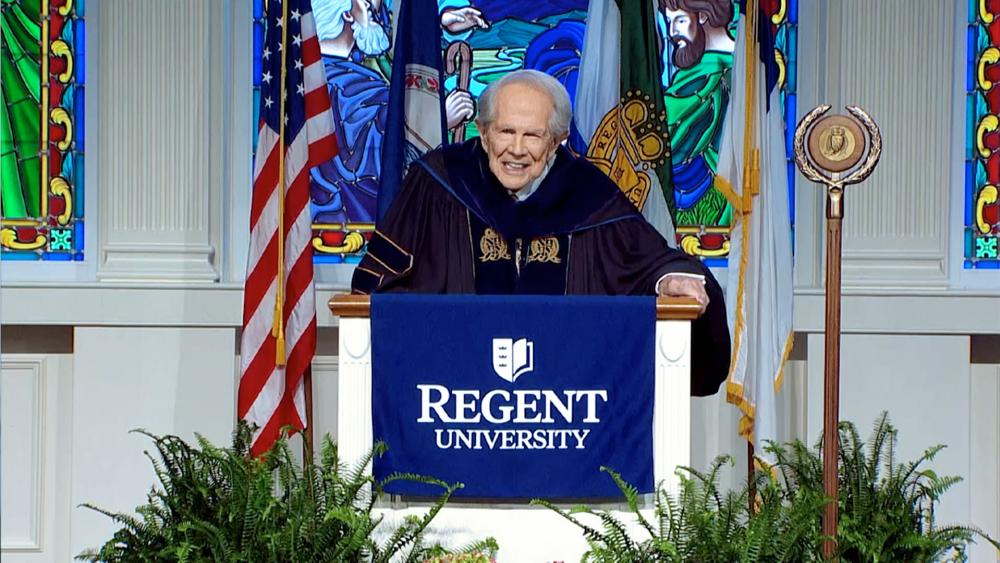 Regent University celebrated its latest class of graduates this weekend, conferring more than 2,500 degrees for the Class of 2021.

At the commencement ceremony, former Secretary of State Mike Pompeo called on the graduates to carry Christ into the workplace.

It was Regent's 41st commencement ceremony. Graduates were celebrated virtually, as they watched from their homes. Each graduate received a graduation package in the mail containing gifts to help them celebrate.

The ceremony began with a powerful singing of the National Anthem by Regent alumna Joy Windham.

Pat Robertson, founder and chancellor of Regent University, presided over the ceremony.

Graduate reflections were given by Jessica Grove-Herrera. "We found that we could face our challenges head-on. We found that we were strong because God goes before us and carries us," she said.

Similar to last year, the format for this year's celebration wasn't preferred. Still, each individual graduate was honored for their hard work.

Hannah Grace Rew received her bachelor of psychology degree and says she's excited for all God has planned for her. "It's kind of what it says in the book of Ester, perhaps you've been called for such a time as this. Not saying there is something about me but rather something special about all people that have been called," she said.

The graduates were charged to fulfill Regent's mission of "Christian leadership to change the world" and reminded that all things are possible with God.

"So whether it is abased or it is abounding, however your life takes you, I want to charge you today you can do all things through Christ that strengthens you," Robertson said.