'Roe v. Wade's Days Are Absolutely Numbered': Why Pro-Life Leader Lila Rose Is Optimistic After so Many Years 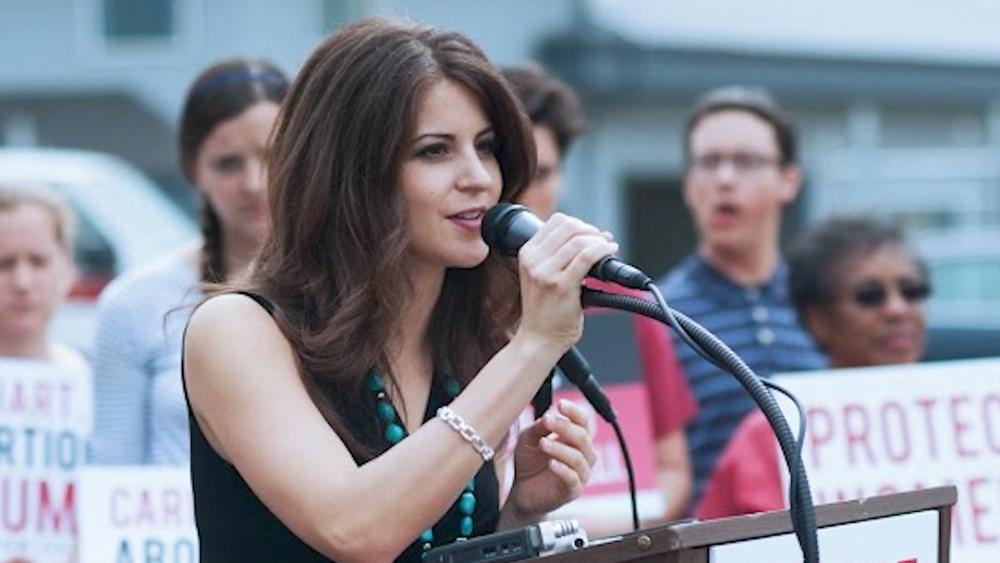 Lila Rose was just 15 years old when she started the pro-life group "Live Action." In the past 16 years, it has grown to become the world's largest online pro-life organization, helping make Lila the face of the movement.

Now, in her first book, Fighting for Life, she tells readers how God can use anyone, at any age to make a difference.

As one of eight children, Lila Rose first learned about abortion when she was 9-years-old and found a book in her parent's home.

"I actually saw in that book abortion victim photography, you can actually see in the first trimester, a human child with arms and legs, a beautiful face who's killed by the most prevalent abortion procedure – suction abortion. And I remember seeing this child who'd been killed in the first trimester and thinking, how can we be allowing this? How can we allow this to go on?" Rose said.

Those haunting images stuck in her mind, and as a young teenager working from her family's living room, Lila started "Live Action" as a way to educate young people about the evils of abortion. "Because I was really convinced that if people just knew the facts about fetal development, about the violence of abortion and they saw the bigger picture, then we can change our culture to be pro-life," she said.

While Lila and her team spoke to any audience that would listen, it seemed they weren't making a difference. The team then realized the real truth about abortion wasn't being told. So, they decided to go undercover.

"They're de-humanizing these children in the womb and saying that abortion is good for women, and so to stand up to the media, to the establishment, academia that's so pro-abortion, my school was pro-abortion, I started doing investigative reporting, actually going undercover," she said.

In her book, Fighting for Life, Lila shares how she posed as a pregnant 13-year-old in a Planned Parenthood waiting room and tried to talk another young girl out of her abortion. "I said, how about we both just get out of here – I was desperate to get her to leave and she said 'no' and there was this complete despondency that overcame her, and then a clinician came to the waiting room and called her in and I saw the door close and it's this sense of desolation, we're fighting to save lives but we lose lives as we go," Rose explained.

Fortunately, there are many more stories of Lila and her team saving lives.

"We get emails from young mothers regularly who say I'm having my baby, I was going to have an abortion, but I saw your video, I saw this content on social media, and I realized I couldn't go through with the abortion, and to know that you're helping to save a life, there's no greater honor or joy," she said.

Today, Live Action has the most engaged online following of any pro-life organization in the world:

What made Live Action "famous" so to speak, was when a former member went undercover – and exposed how Planned Parenthood bought body parts of aborted babies.

"What David Daleiden and the Center for Medical Progress documented was absolutely horrific," Rose said.

"Planned Parenthood executives bartering and selling the body parts of the children they kill, it was found that they were actually requesting male fetuses for harvesting for $12,000, really horrific sale of children, and yet Planned Parenthood still operates, Planned Parenthood is still getting over half a billion dollars in taxpayer money," she said.

"They have billions of dollars, they've invested tens of millions of dollars in different election cycles, they have deep pockets and friends in high places so we have a lot of work to do to undo the deep roots that they have and the tentacles that they have in our culture," she said. "The good news is change is happening, and even though they haven't been brought to justice yet, I believe that they will be. It's a matter of time and keeping the pressure on," she said.

And as for legalized abortion?

"I think that Roe v. Wade's days are absolutely numbered, it's bad law, built on bad premises, it falsely dehumanizes the child and pretended the child didn't exist, and I think with the new Supreme Court it's going to be a matter of time before it's overruled and there's a new precedent in town that establishes the personhood of the pre-born child, but up until then we've got plenty of work to do," she said.

Lila recently became a mother herself and says that only makes her more passionate in her fight for life.

"I talk about this in the book because the mission, I think, ultimately within the mission, is – family. I'm so privileged and grateful to have my own family now, marrying my husband, having my first son, and the joy that comes from that and the conviction that is even stronger from that, I think serves the pro-life mission," she said.

Lila met her husband through a family connection.

"I met him through my brother, I was late 20's, single, ready to get married, sick of the dating game, sick of waiting around, and my brother, Joe, introduced me to my now-husband Joe. They were actually working at the same company at the time, so I think it was just God's provision at just the right timing," she said.  "That's another message throughout the book is trust – you know, it can be hard, the journey can be long, trying to make a difference is difficult and it takes perseverance but at the end of the day, God is in control and He really does have a plan for us and we have to trust and take the next right step," Rose said.

Lila says the message of her book, Fighting for Life, is simple: "It's 'You're needed! God has a plan for your life' – specifically to help shape our world for the better, and to be changed from within as well."

"You can help save lives, you can help change this nation to be more just and more loving. It is possible and the fight requires all of us," she said.