TN Gov. Bill Lee Was Struck by Back-to-Back Tragedy, Then He Found the 'Rescuing Arm of Jesus Christ' 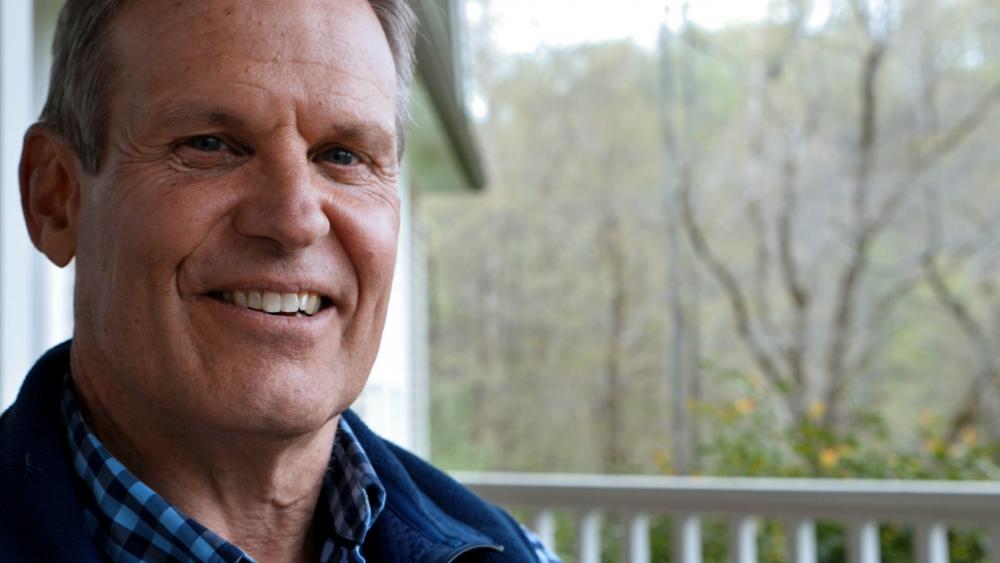 Tennessee Governor Bill Lee says the lessons learned from the personal tragedy in his own life have equipped him for his first term as governor when historic upheaval hit his state. From tornadoes and flooding to a pandemic, Gov. Lee has led his state through their lingering effects.

"It's been very hard for a lot of people in this country; fear, loss of jobs, loss of life. For me, loss harkens to the scripture that says that suffering produces perseverance, which produces character, which produces hope, which doesn't disappoint. I have a lot of hope for where we're headed. Hope is what pulls us forward."

In 2000, Gov. Lee says he was living a life most men would only dream of living. He had a beautiful farm, children, and a wife and job he loved.

He remembers the day everything changed in a moment. "In an accident – a horseback riding accident that my wife had was cataclysmic. Changed everything for the rest of my life. After my first wife passed away, I began this remarkable journey, how God uses that most tragic moment to be the most transformational," Gov. Lee told CBN News.

The following year, tragedy struck the Lee family again when he received a call about his daughter, Jessica.

"Another helicopter, another trauma unit, another period of shock and grief," he recalled. "I got a phone call at work. My mom told me my daughter had hurt herself and I didn't know what that meant, and I pressed; she had actually - shot herself, but was alive. And it began another incredibly horrific day that led to a remarkable season frankly. A relationship ultimately with my daughter that I never could have imagined, even until today."

Lee explained how he dealt with the back-to-back tragedies to get to a point of healing and peace.

"I've really come to believe that to the degree that we are emptied, we can experience fullness. In the midst of the darkest hour – very hard to see God. Sometimes we need others to see Him. I opened the pages of C.S. Lewis' book: A Grief Observed. First lines, 'I never knew grief felt so much like fear. I'm not afraid, but it's as if I were afraid'. And as soon as I read that I thought, 'oh my goodness he knows what I feel like.' Knowing that there's someone who knows and they're beyond it – and the hope of knowing that God will surely prevail on your behalf – is a powerful thing."

Today, in his first term as Governor, Lee sees how God has prepared him for his current role.

"When you find yourself in a position like this then you're forced to ask yourself: 'How can I use where I am right now in the most powerful way to impact people for good?' And to honor God in the midst of it. He has placed me in this spot and I don't want to waste a minute of it."

In this time of deep political division, we asked Gov. Lee whether he thinks unifying diplomacy requires more forgiveness or more humility.

"Humility, no doubt," Lee said. "Because there can be no forgiveness without humility. All of us have pride and I'm certainly just as broken as any man. Humility is maybe the most powerful characteristic a leader can have because the combination of pride and power is lethal."

"I found myself, when I became Governor, being very much aware of the fact that – I'm not capable of doing this on my own, realizing that more than ever – I needed wisdom and discernment and guidance and insight. It's living and active. His Word brings life to every situation," he continued.

Life is short, Lee concluded, so we need to be about the things that matter most in life. For Lee, that means putting his full trust in Jesus Christ.

"There is no other rescuer than the rescuing arm of Jesus Christ. And when you are in the deepest, darkest place in your life, the moment where you think there isn't going to be a rescue – and He rescues. Forever, you know that you have a rescuing arm."