'A God Thing': They Adopted a Severely Handicapped Baby Despite Doctors' Warnings, and It Changed Everything 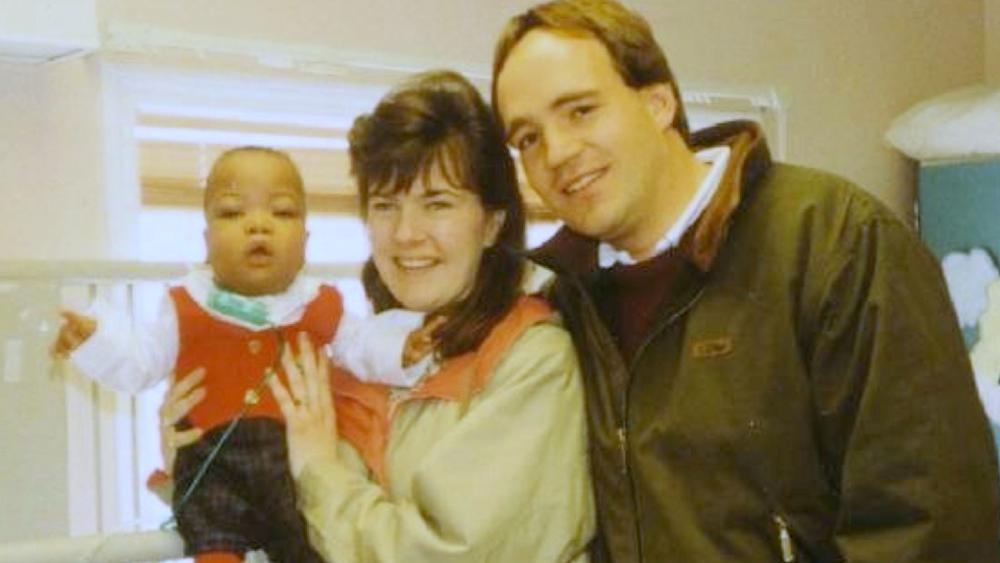 6282763862001
'A God Thing': They Adopted a Severely Handicapped Baby Despite Doctors' Warnings, and It Changed Everything

In the early 1990's, a young dentist named John Cranham and his wife Kim wanted to start a family but were having trouble getting pregnant. Then, something happened. Kim worked with sick and premature babies at a local hospital and fell in love with one of her little patients, Cornell – a victim of his mother's drug use. Kim wanted to bring Cornell home although John wasn't there –  yet.

'It Was a Very Scary Place to Me'

"I had been to that unit. It was a very scary place to me. I did not like going over there," Dr. John Cranham, author of The Cornell Effect recalled. "A lot of those kids, you know, didn't ever leave, but miraculously, Cornell started to take breaths over his vent one day and then two days later, Kim found out he was now going to be moved to a home for profoundly retarded children. And that's when she kind of came to me one day and said, 'I think we're going through all this because he's, you know, we're supposed to bring him home.'"

John and Kim went through extensive training in order to take care of Cornell and clean his trach on their own. Still, doctors warned it wouldn't be easy.

"And I remember they said, you know, he's never going to walk or talk and he's probably never going to love you like a normal child would love you. And so she said, 'You know, we admire what you're doing but when you get to the point where you feel like you've exhausted all your resources, we will help you find a place to put him,'" John recalled.

Despite the odds, Cornell thrived under their care. But his severe health made his future uncertain. Meanwhile, another baby was on the way.

Shortly before bringing Cornell home, Kim discovered she was pregnant with their first daughter, Kaitlyn. Cornell and Kaitlyn became known as "the twins." Dr. Kaitlyn Cranham, now a dentist herself, remembers the "playground moment" she first realized she and Cornell were not the same color.

As Cornell's physical and emotional development progressed, it became clear he would need several more surgeries to reconstruct his windpipe and remove the trach so he could talk and breathe on his own.

"He stared death right in the face and made the decision to live, like fighting harder than I've ever seen anybody fight. And so I think that stays with him," John said.

Training for the Ironman

When Cornell was about 7, John decided to train for the Ironman competition which includes a 2.4-mile swim, 112-mile bike ride, and 26-mile run. Cornell, despite his own physical limitations, became his Dad's daily workout buddy.

"And I kind of thought it would be when I was running around the neighborhood, but he literally ran, rode his bike almost every mile that I ran. And so that was special. So when I did it and I finished, he was right there about the half-mile mark and ran in with me."

John says Cornell's ability to give 100-percent without complaining while always seeing the best in himself and others is just something he was born with. "People say all the time like, well, you taught him to be like that. We did not teach him to be like that. And that's, that's sort of I mean, part of the gift is I think he's taught me to be more like that."

Today, as he approaches 30, Cornell drives his own car, assists in his Dad's dental office, is a huge Virginia Tech sports fan, and loves going to church.

"I always pray every single night and pray in the morning on my drive to work," Cornell said.

Cornell says his faith in God is what helped him to never give up.

"I just kept fighting, I didn't want to die. I wanted to live and I wanted to inspire other people and give them hope and grace and the love of Jesus," he said.

Cornell met his biological twin, Ariel for the first time and the two have become great friends. "We look exactly alike, we're both kind of quiet, both wear glasses," Cornell said.

Cornell, a baby who was never supposed to live, laugh or love has become an inspiration that reaches far beyond his family to all who meet him, including the entire Virginia Tech football team who recently adopted Cornell as their sideline assistant.

"It's been so much fun because the guys come up and talk to me and the fans – they always see me, every single home game," Cornell said.

'It Was a God Thing'

"And so I feel like (adopting Cornell) was a God thing from the standpoint that it just was put in our path, and I think it was a little bit of a test to see if we would do it, and the rewards have been huge.

John says watching his son's incredible positive outlook and will to live despite so many obstacles, compelled him to write, The Cornell Effect: A Family's Journey Towards Happiness, Fulfillment and Peace.

"I kind of look at our world right now and I feel like we're spending all of our time dividing people by race and socioeconomic status and all this kind of stuff and I look at how Cornell looks at the world. He just loves people. You know, he just looks at it as one great big adventure. So what I want people to take away is, I want them to look at their own lives the way he looks at his own life, which is just a gift," John said.

The Cornell Effect is available on Amazon.