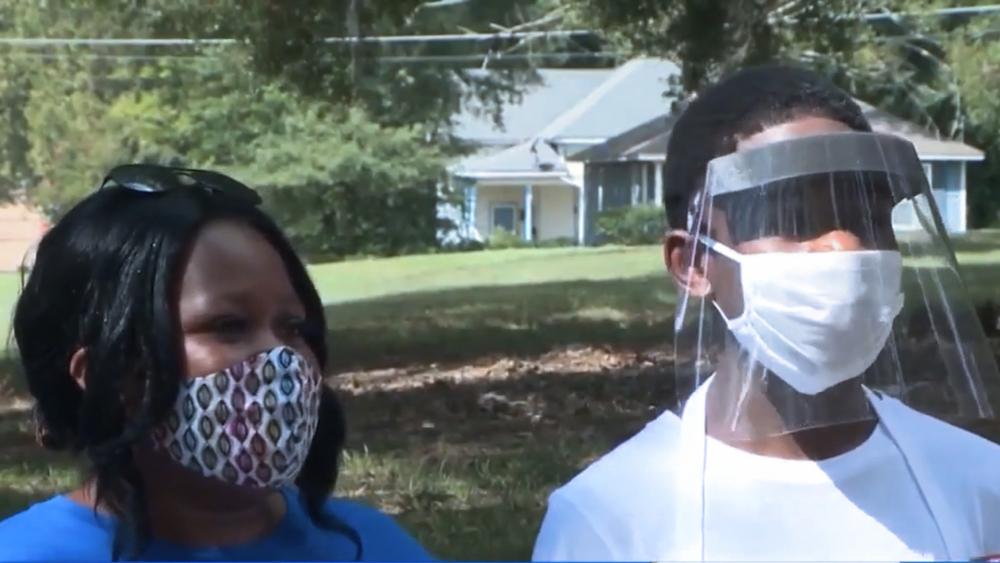 A 13-year-old boy who needed a bone marrow transplant due to a rare blood disorder decided to use his Make-A-Wish gift in a way that would help others.

According to WAPT News, Adeola "Abraham" Olagbegi and his mother Miriam have a passion for helping the homeless of their community in Jackson, Mississippi.

So when Abraham found out that he qualified for Make-A-Wish, he wanted to use it to do even more by feeding people. The foundation assisted him in September and he was able to provide meals for almost 80 people.

In addition, the organization will continue to help him provide meals once a month until August of 2022.

"My mom always says it's a blessing to be a blessing. So I just wanted to do something for other people to make it last long," the teenager explained.

Abraham told local reporters that it made him happy to see the homeless receive a meal.

"When the homeless people get the plate, some of them would come back and sing to us and thank us," he said. "And it just really feels good. It warms our hearts."

Miriam pointed out she asked Abraham if he was certain that this was how he wanted to use his wish.

"I remember we were coming home from one of his doctor appointments and he said, 'Mom, I thought about it, and I really want to feed the homeless,'" Miriam told CBS News. "I said, 'Are you sure Abraham? You could do a lot ... You sure you don't want a PlayStation?'"

Make-A-Wish did give him a few gifts in addition to his request including a laptop, ring light, and microphone so he could start his own YouTube channel.

He hopes to launch "Abraham's Table" and produce videos in an effort to continue his mission of service to others.

"We're just very excited to be able to continue on this endeavor. It's just so rewarding," Miriam said. "If I was out there on the streets, homeless. I would want somebody at some point to think of me and to do something special for me. So, that's what I try to instill in my kids and we just try to pay it forward, by doing what we were raised to do."