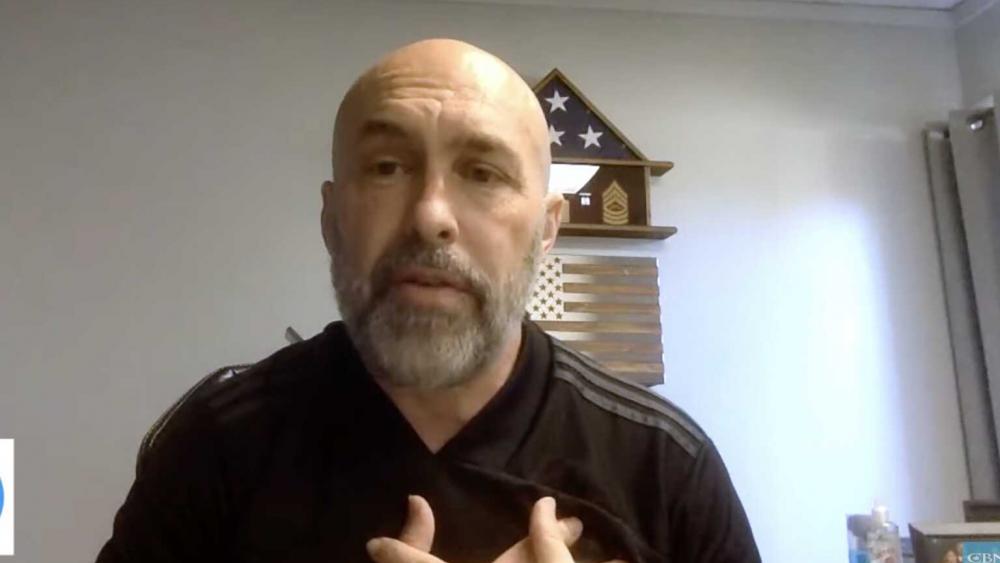 A pastor whose church bus was destroyed by vandals is explaining why he chose radical forgiveness over rage.

Dr. Wade Runge, lead pastor at M3 Church in Richmond, Virginia, told Faithwire he was angry when he discovered his church bus — which is used to connect at-risk people with food and resources — had been vandalized.

As previously reported, the culprits smashed 24 windows, ripped out a portion of the staircase, and punched out at least one window frame, leaving the vehicle inoperable. It is unclear who was responsible.

Rather than allow rage and frustration to take over, Runge said he wants to show the vandals the “love of Jesus Christ.”

“I allowed myself a moment or two to be angry, but the Holy Spirit just arrested my spirit and reminded me how God saved me,” he said. “What this person needs is forgiveness.”

Runge recalled a time in his life when he wasn’t so forgiving. A retired U.S. Marine, he served 21 years in the military and was once more interested in retribution than in offering grace.

“There was a time where it was kind of like eye for an eye,” he said. “I’ve been in combat multiple times and I’ve seen the worst in humanity.”

Runge won’t press charges against those responsible for the bus damage — and he’s hoping to get a chance to embrace and help the vandals with any needs they might have.

“I’m hoping this person sees this broadcast. … You are welcome to come to our church,” he said. “If you have a need, I’ll give you some groceries. … I want to show them the love of Jesus.”

Runge said he believes Christians should be the “most forgiving, loving, charitable people on the planet.”

As for M3 Church, he said the bus ransacking has further complicated an already difficult situation. With food prices rising, the ministry was already concerned about Thanksgiving outreach — and now the bus is totally out of commission.

“We use our bus to go pick up a number of single-parent mothers … with their children so we can bring them on-site to our church,” he said. “We give them two bags of groceries per family.”

Runge said he and the church are trusting God to come through because there isn’t insurance to cover damages to the bus. Still, he believes the Lord will provide.

“We’re not a megachurch, but we do mega-ministry,” he said, noting that M3 Church has fed 30,000 people over the past four years. “I’m believing God that what the enemy intended for harm God’s going to turn around for a good.”

You can pitch in to help Runge and his church here.