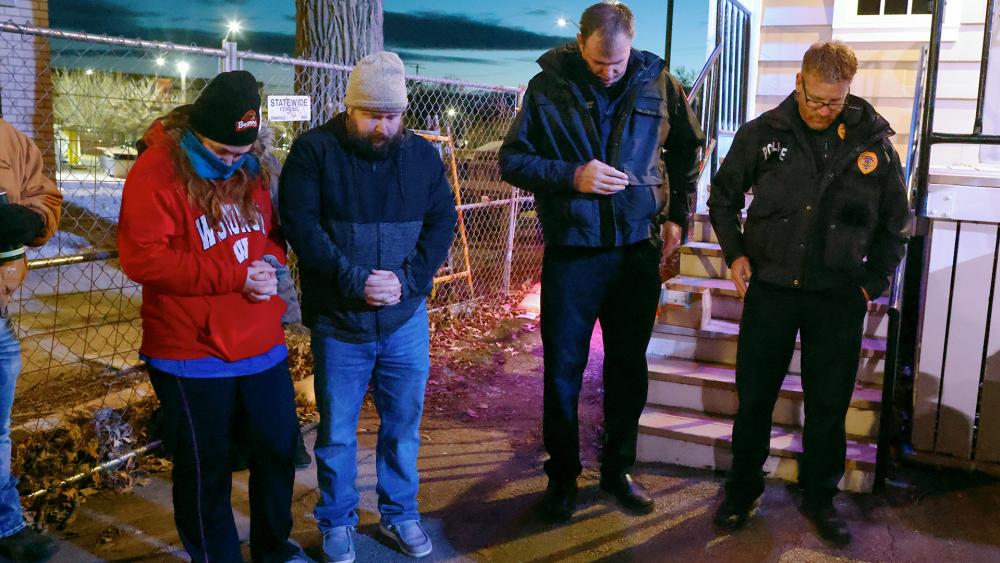 The community of Waukesha, Wisconsin is mourning the loss of fellow citizens, friends, and family, gathering for a prayer vigil Monday night not far from the scene of the tragedy.

Five people were killed and 48 injured, including 18 children, when an SUV plowed through the community's annual Christmas parade Sunday night.

"There was just like so many bodies in the road and then I saw them start to pick them up and they were little kids," said Mychaela Hassi, an eyewitness.

Part of the chaos was captured on the city's livestream of the parade and various cellphone videos. One shows a child dancing in the street as the SUV speeds by.

"I literally saw roughly 10 people bounce off of that car and you could hear 'thud thud thud thud' as he drove through," explained Dan Schneiderman, another eyewitness.

Three of those killed were part of the Milwaukee Dancing Grannies, a marching and dancing group of grandmothers that's been around for nearly 40 years.

"She died in my arms," said Brian Wallace, who was with one of the Dancing Grannies in her final moments of life.

The community is still reeling from the tragedy.

"We are hurting. We are angry. We are sad," said Amanda Medina Roddy with the Waukesha School District at Monday night's prayer vigil. "We are Waukesha strong."

A suspect, 39-year-old Darrell Brooks, is in custody, facing five counts of first-degree intentional homicide. Police say he had just left the scene of a domestic dispute but was not being pursued.

Brooks has a long rap sheet, charged with 16 crimes since 1999. Earlier this month, he was accused of running over the mother of his child. Brooks was out on bail of just $1,000, posted two days before the parade attack, a fact that's raising questions and a renewed call to give judges more power to set higher bails.

If convicted, Brooks could face life in prison.