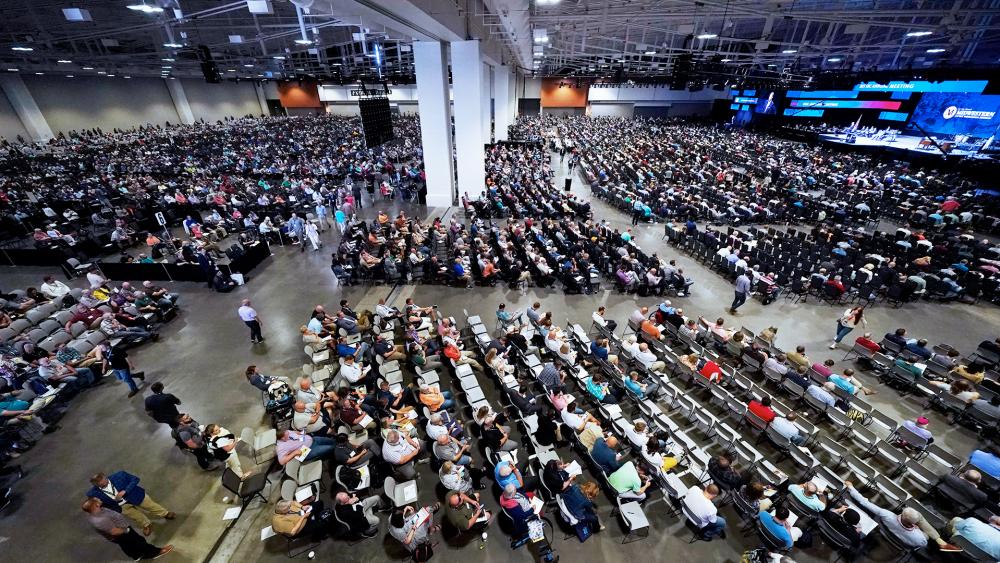 The executive committee of the Southern Baptist Convention sparked outrage Tuesday when, for the second time in two weeks, it defied the will of the denomination’s members, or “messengers,” by refusing to waive attorney-client privilege for an investigation into allegations of sexual abuse.

In June, during the SBC’s annual meeting, messengers voted overwhelmingly to create a task force charged with overseeing a fully transparent, third-party investigation into the matter.

Since its inception, SBC policy has advocated a bottom-up, congregational style of governance. However, in failing to endorse the will of the vast majority of its messengers, the SBC’s executive committee is upending that long-established structure.

Jared Wellman, an executive committee member and pastor of Tate Springs Baptist Church in Arlington, Texas, submitted a motion during the Tuesday meeting, which was held via Zoom, to honor the request of the messengers. His motion, though, failed, according to Baptist News Global.

“A historic moment in the SBC as the [executive committee] has chosen to defy the messengers in an investigation concerning themselves,” he wrote in response to the 35-40 vote against waiving privilege.

At the close of the virtual meeting, the committee voted 77-23 to grant themselves another week to try to resolve disagreements with the task force. A similar vote last week is what necessitated the meeting this week.

The focus on the issue of sexual abuse stems from a 2019 report in the Houston Chronicle, documenting the stories of 700 survivors as well as alleged efforts to keep accusers quiet.

As a result, this summer, messengers called for an outside investigation — that would include a waiver of attorney-client privilege — into how the SBC’s executive committee has handled sexual abuse allegations over the last two decades.

In a statement obtained by Faithwire, SBC President Ed Litton said he is “grieved the executive committee determined yet more time is needed before honoring the clear will of the messengers with regard to attorney-client privilege.”

Litton went on to say that Bruce Frank, the task force chair and lead pastor of Biltmore Church in Arden, North Carolina, “made clear today there is no question about whether the investigation will take place.”

“The only question that remains is whether the executive committee will pledge its full support and cooperation to this process by adhering to the messengers’ direction,” he continued. “I remain prayerful that the executive committee will choose to take the necessary step of waiving attorney-client privilege and demonstrate that its commitment to full cooperation is more than mere words.”

A spokesperson for the SBC’s executive committee told Faithwire the body is asking “all Southern Baptists to join us in praying that, seven days from now, we will finally have a task force and executive committee board of trustees united not only in its commitment to address concerns related to sexual abuse (through the independent review) but also confidence in a process that complies with the will of the messengers and is attentive to all other fiduciary and legal considerations.”

“We pray Southern Baptists will see this grueling and deliberative process as necessary, and in accordance with the convention’s bylaws, as the board of trustees, task force, and executive committee leadership all work diligently, prayerfully, and as expeditiously as possible to do the right thing in the right way,” the spokesperson added. “We are all in this together.”

Several prominent Christian leaders — several of them members of the SBC — chimed in on social media:

Ahead of the Tuesday meeting, Frank released a letter presenting the executive committee with three options for moving forward. The body rejected all three routes.

The task force, in consultation with the third-party investigative firm Guidepost Solutions, offered the following three options: to waive privilege, as originally asked, to enact a “special master process” without waiving privilege, or to seek a “hybrid model,” allowing the task force to select a law firm to come in under privilege while Guidepost conducts its investigation and issues a non-privileged report.