'The Lord's Been Really Good to Me': 110-Year-Old VA Woman Credits Faith in God as Secret to Long Life 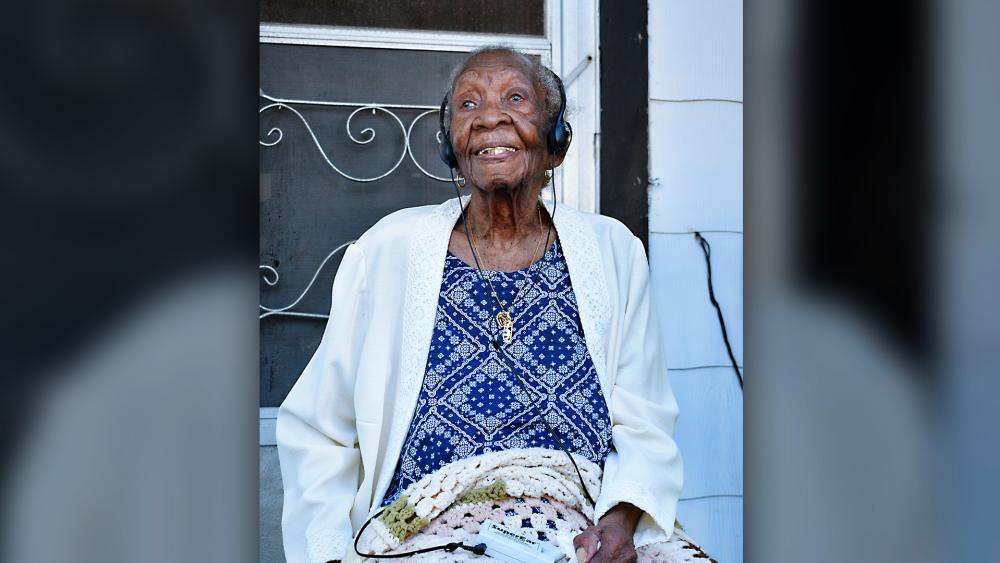 A Virginia woman, who just turned 110, credits her relationship with God as the source of her long and happy life.

Viola Brown of Berryville celebrated her special day on Oct 4 with an array of friends and family stopping by her home to wish her another blessed birthday, The Winchester Star reports.

Clarke County Board of Supervisors Chairman David Weiss was a special guest at her birthday party. He presented Brown with a framed certificate declaring Oct. 4, 2021, as "Viola Roberts Lampkin Brown Day."

The supercentenarian said she was honored to receive the recognition but, "Every day that the good Lord lets me stay here is my day."

Brown's nephew, Andrew Roberts, told The Christian Post that his great-aunt lives for the Lord and seeks to honor Him in every area of her life.

"My personal experience has been nothing but love and joy whenever I'm in her presence. There's never one minute that Jesus doesn't drip off her lips. It's as if she embodies Him. Everything she talks about and does, she gives honor and praise to God. I mean everything. She's a literal (believer)," Roberts told the CP.

"I think one of the things, in terms of her longevity, has to do with her faith. The lifestyle (she practices). She doesn't let a lot of things bother her," he added. "She has great capacity either to tolerate stress or just kind of eliminate it for the most part because she is centered. She's centered on something greater than herself."

Brown remarked that she takes every day in stride and doesn't let things bother her.

"He wakes me up in the morning. He tells me what to do. I don't worry about things," Brown said.

Her 79-year-old daughter, Vonceil Hill, along with Roberts believes that Brown's Christian faith has also had an effect on her health, considering that she didn't start taking prescription drugs until she was 101.

Hill said when her mother prays for something, "God usually gives it to her."

"She asks God for things and usually it happens," she said. "She prays with some people who are sick (and they get better)."

Roberts recalled his great-aunt's love for the scripture, especially Psalm 27.

"She talks about the 27th Psalm. That's her favorite," Roberts told the CP. "The impact of her is the embodiment of love, even though we fall short. It's that spirit that keeps you going because she's always going to remind you. Whether it's obvious or overt, it's just who she is. You automatically feel good when you're around her. She's got that positive energy, that spirit-filled energy."

Brown married her first husband, John Lampkin, in 1936 and had two children, one of whom has since passed. Lampkin died in 1982.

Six years later, the widow married the Rev. Paul Brown, whom she was with him until his death in 1998.

"Every day's a good day. The Lord's been really good to me," she said.