'The School Has Just Been Happy': Concerned Fathers Form 'Dads on Duty' to Fight Violence in LA High School 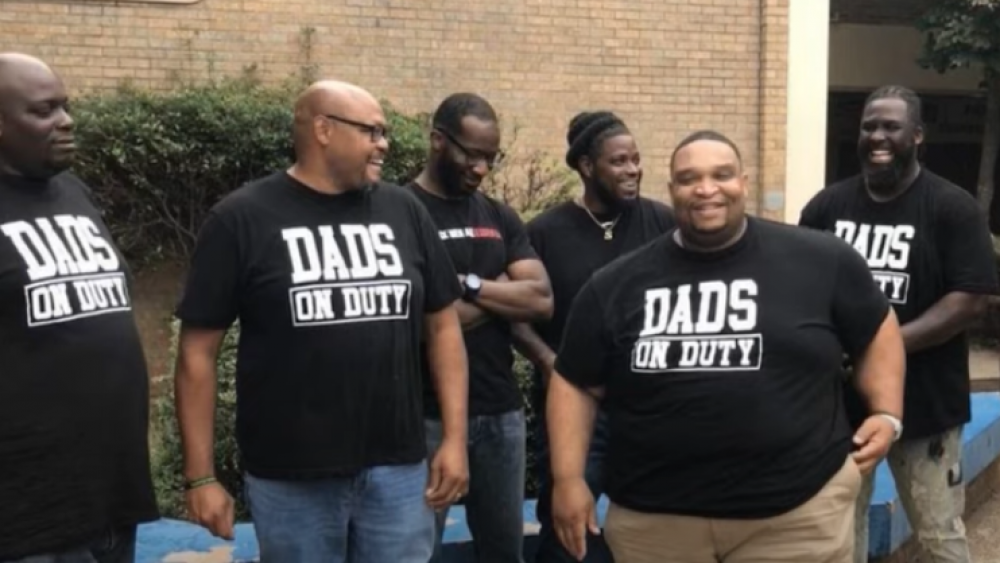 When the number of violent crimes started to escalate at one Louisiana high school, a group of fathers took action in an extraordinary way.

Nearly 40 dads joined "Dads on Duty," volunteering their time by taking shifts at Southwood High School in Shreveport where they monitor the student's activities in an effort to prevent disorder before it happens, CBS News reports.

DADS ON DUTY: After a violent week of fighting at a Louisiana high school, parents knew something had to change. So, a group of dads decided to show up not just for their kids - but for the whole student body - to help maintain a positive environment. @SteveHartmanCBS has more. pic.twitter.com/Uux3qx48sd

"We're dads. We decided the best people who can take care of our kids are who? Are us," said group founder, Michael LaFitte.

Southwood recently saw 23 students arrested in just three days for fighting in school. But, not one incident has been reported since the dads showed up. They welcome students in the morning and preserve peace throughout the day.

One student told CBS that the fighting immediately stopped and "people started going to class. I immediately felt a form of safety."

"The school has just been happy — and you can feel it," another student said.

But there's also a little added humor offered from the dads.

"They just make funny jokes like, 'Oh, hey, your shoe is untied,' but it's really not untied," a student shared.

"They hate it! They're so embarrassed by it," LaFitte commented.

Dads on Duty say they plan to keep the program running indefinitely and would like to start chapters throughout Louisiana and even the country.

"Because not everybody has a father figure at home – or a male, period, in their life. So just to be here makes a big difference," the dads said.

School Principal Kim Pendleton says that the students enjoy having the dads around because it's a familiar face from church or their neighborhood. She is hopeful that more parents will get involved.