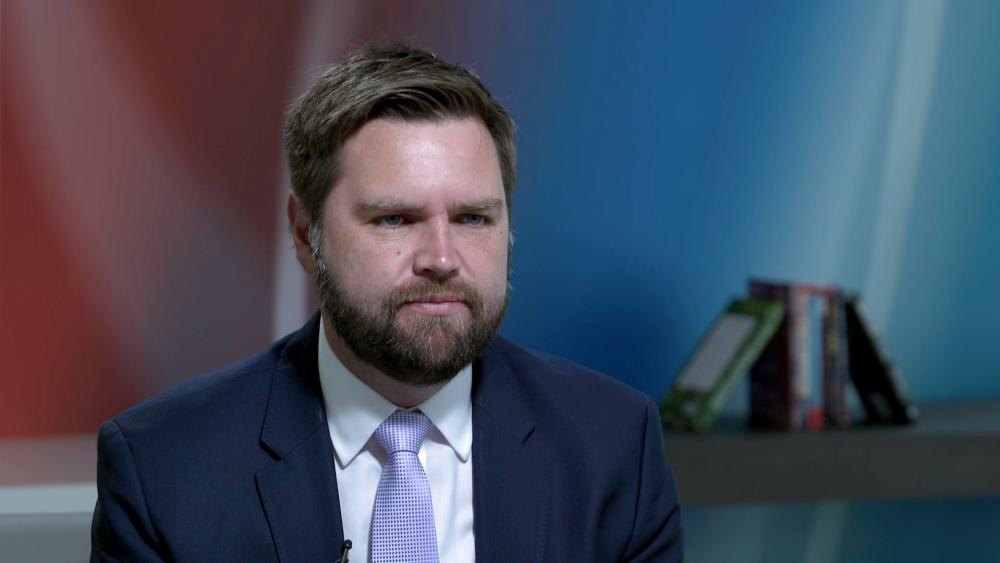 While the 2022 midterm elections are more than a year out, state primary campaigns are already well underway. Both parties want candidates that will help break the 50-50 tie in the U.S. Senate. In Ohio, Republicans hope to hang on to retiring Senator Rob Portman's seat and there's a crowded field of eager candidates hoping to take his place.

"I just feel like people don't actually have somebody that stands up and fights for them, that's willing to speak loudly and powerfully on the issues that they care about," Vance told CBN News.

Vance says his key issues are securing the southern border, bringing jobs back to the United States, and breaking up big tech companies.

While Vance has never held public office, he is a longtime GOP commentator and author of the best-selling book turned movie Hillbilly Elegy.

"I've been very open about my views on a whole range of issues for a very long time now," claimed Vance.

At one point Vance was a media darling for his criticism of Donald Trump in 2016, then it turned on him when Vance supported Trump's re-election in 2020.

"Trump is the leader of the party, very popular among Republicans and primary voters," declared Vance.

Vance says he wears the media attacks as a badge of honor.

"I really think the reason the media is attacking me is that they recognize that I'm a threat to the dominant ideas that are out there," said Vance.

Vance said while he's changed his mind on Trump, his other views have remained the same.

"At the end of the day I think I've been very consistent in my view that we need to have a strong manufacturing policy in this country, we need to allow conservatives and Christians to actually live their values, to pass those values onto their children, we need to ensure that we're not teaching our kids to hate America in American schools, we need to make sure that our southern border is controlled," said Vance.

Current Ohio Senator Rob Portman, known as a bipartisan deal-maker in Washington, has played a key role in the recent passage of the Senate's bipartisan infrastructure bill, but Vance told CBN News he wouldn't necessarily continue that legacy.

Vance claimed if he were senator he wouldn't vote for the bill.

While Portman cites constant partisan gridlock as one of the main reasons he's retiring, Vance believes he'll accomplish that through strength, not negotiations.

Nathan Gonzales, editor and publisher of the nonpartisan Inside Elections, told CBN News that for Republicans running in the 2022 midterms, moving away from bipartisanship could be a winning strategy.

"I don't think there is an appetite or desire among Republican Ohio primary voters for moderation or working across the aisle, they want someone who is a conservative or more specifically someone who is going to support and back former President Trump's agenda," said Gonzales.

Gonzales believes that no matter who wins the GOP primary in the state, they have an advantage.

"You have to look at how well President Trump has done in Ohio the last two years and I don't think you can call Ohio a swing state anymore," explained Gonzales.