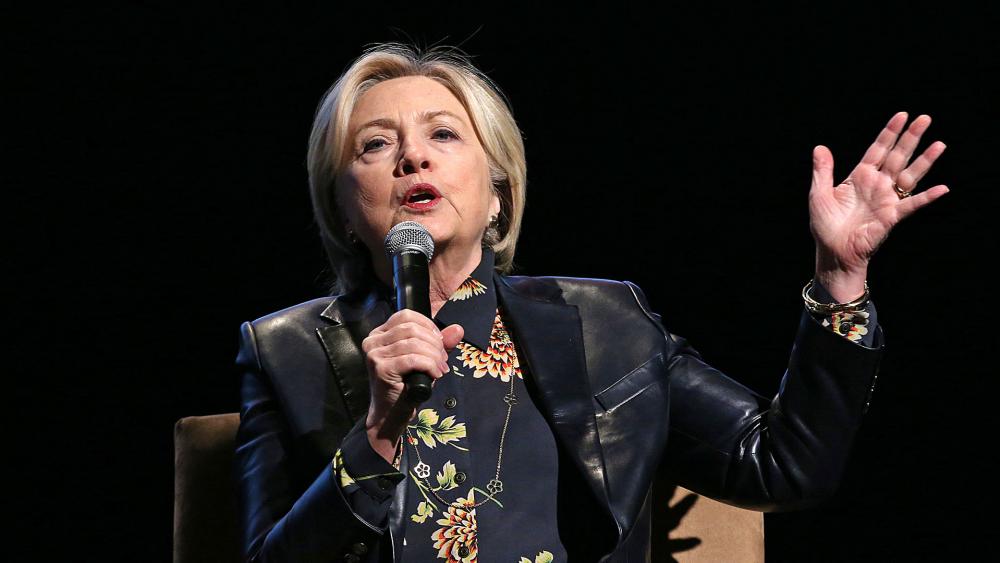 A prominent cybersecurity lawyer on Friday pleaded not guilty to making a false statement to the FBI in a charge stemming from a probe of the U.S. government's investigation into Russian election interference.

Michael Sussmann appeared Friday in D.C. federal court before Magistrate Judge Zia Faruqui. He is just the second person to be prosecuted by special counsel John Durham in two-and-a-half years of work.

Just the News reports Durham included in his indictment how Sussmann, a former attorney at the law firm Perkins Coie, allegedly used Clinton campaign funds to construct a now-debunked memo and other evidence alleging that computer communications between a server at the Alfa Bank in Russia and the Trump Tower in New York might be a secret backdoor communication system for Trump and Vladimir Putin to allegedly hijack the 2016 election.

The indictment accuses Sussmann of lying to the FBI when he was questioned about a September 2016 conversation he had with the FBI's general counsel in which he relayed concerns from cybersecurity researchers about potentially suspicious contacts between Russia-based Alfa Bank and a Trump organization server.

The prosecutors allege Sussmann falsely told then-FBI General Counsel James Baker he was providing the information to the FBI solely as a good citizen, and not on behalf of any client. In fact, he was working for a tech executive and the Clinton campaign, according to Just the News.

Records obtained by the grand jury investigation show Sussmann charged nearly all of his work, including his meeting with Baker to his firm's Clinton presidential campaign account.

U.S. Rep. Devin Nunes (R-CA) served as House Intelligence Committee chairman from 2015 to 2019. He told Just the News Sussmann's indictment added a final piece to the puzzle that the Clinton campaign crafted as a "web of lies and deceit."

"The indictment is damning, full of shocking details showing how the Clinton campaign operatives and lawyers resorted to illegal and immoral methods to concoct false allegations against the Trump campaign and feed them to the FBI and the media," Nunes said.

"Obviously, many more people need to face justice but it's gratifying to see Durham begun to unravel the web of lies and deceit that surrounded the Russian collusion hoax," he added.

The FBI looked into the matter but found no connections. The Alfa Bank matter was not a pivotal element of the Russia probe and was not even mentioned in Mueller's 448-page report in 2019.

Journalist Glenn Greenwald summed up the story in a tweet calling it "Russiagate in a nutshell." He also included then-candidate Hillary Clinton's original tweet about the so-called story in October of 2016, writing, "Computer scientists have apparently uncovered a covert server linking the Trump Organization to a Russian-based bank."

In sum, a DNC-linked lawyer -- partners with Clinton lawyer @marceelias -- fabricated a Trump/Russia link, fed it to DNC operatives masquerading as journalists, had Hillary trumpet it, then lied to FBI about who he worked for.

Following Sussmann's indictment, Greenwald tweeted: "The corporate media was so heavily invested in the Trump/Russia conspiracy fraud, and hatred for Trump is still sufficiently high, that we haven't come close to acknowledging what a gigantic fraud the media perpetrated on the country for 5 years, all with this overarching them:"

The corporate media was so heavily invested in the Trump/Russia conspiracy fraud, and hatred for Trump is still sufficiently high, that we haven't come close to acknowledging what a gigantic fraud the media perpetrated on the country for 5 years, all with this overarching them: pic.twitter.com/oCT7rULIua

Until now, Durham had brought only one criminal case — a false statement charge against an FBI lawyer who altered an email related to the surveillance of Carter Page to obscure the nature of Page's preexisting relationship with the CIA. That lawyer, Kevin Clinesmith, pleaded guilty and was sentenced to probation.