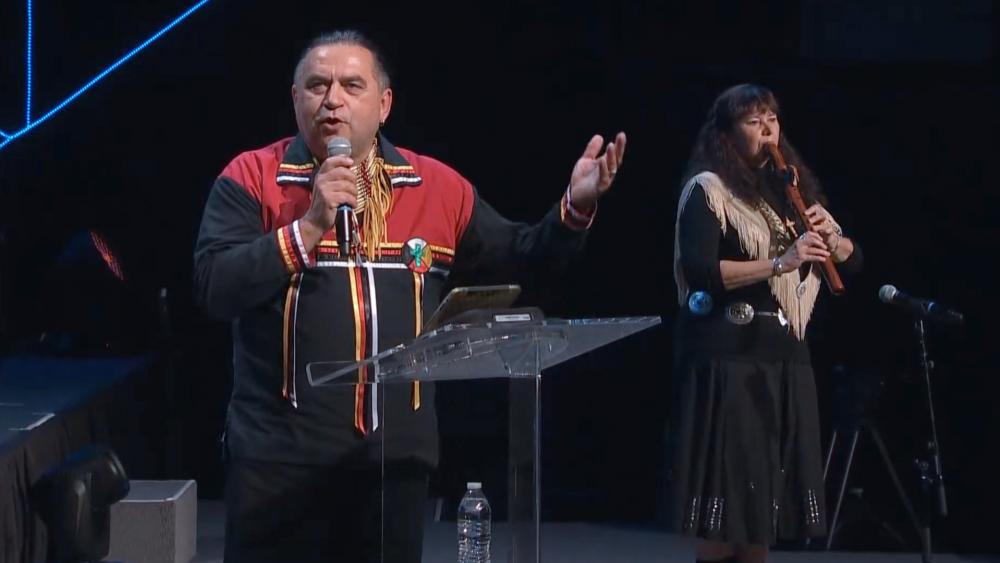 There are already numerous Bible versions available. But now, there's an indigenous translation and its creator hopes readers will view scripture in a whole new way.

First Nations Version: An Indigenous Translation of the New Testament was released Tuesday. It was inspired by Terry Wildman.

Wildman is a pastor, author, and director of spiritual growth and leadership development for Native InterVarsity. He and his wife, Darlene, also formed RainSong, a Christian music duo that writes and records songs with Native American influences.

During an interview with the Calvin Institute of Christian Worship (CICW), Wildman said he got the idea to translate the New Testament more than 20 years ago. He chose not to pursue the project then because he didn't think he was "qualified" enough.

"For years I resisted writing a whole New Testament translation because I didn't feel qualified," he said. "But about ten years ago, at a seminar on healing between people groups, people surrounded me in prayer, and I stopped resisting God's call. God gave me the credibility through the people God provided."

Wildman told CICW that Native Americans need an English translation of the Bible because over 90 percent of indigenous people, or First Nations, can't speak their own tribal language and even fewer can read it.

"This is the result of several generations of governmental assimilation policies that attempted to eradicate over 250 languages spoken in North America," Wildman explained. "Although there is now a trend to teach the languages through schools and communities, without the first language speakers (elders) to bring out the deeper background to the meaning of words, much of these languages' richness is still missing."

He noted that one of the most valued aspects of the First Nations Version is how the biblical characters' names are used.

"Just as in Hebrew culture at the time of the New Testament, names have always had special meaning in our Native cultures. So the FNV refers to Jesus as 'Creator Sets Free,' Abraham as 'Father of Many Nations,' and Peter as 'Stands on the Rock.' We also used words and concepts more relevant to a traditional Native worldview," Wildman said.

Wildman pointed out that it took five years to develop a specific style for the translation. He wrote it, and then the council members would provide their feedback.

"Besides the members of our council, many other First Nations people have had input into this translation as reviewers, cultural consultants, and community feedback participants," he told CICW.

One council member said, "This sounds so Native that some people won't believe it's the Bible."

Meanwhile, Wildman said he's praying about whether or not to write an FNV of the Old Testament.

"I've been praying about whether to tackle the Old Testament, or at least Genesis, Psalms, Proverbs, and maybe some prophets," he concluded.