United for Ukraine: There's a New Option for US Churches, Individuals to Sponsor Ukrainian Refugees 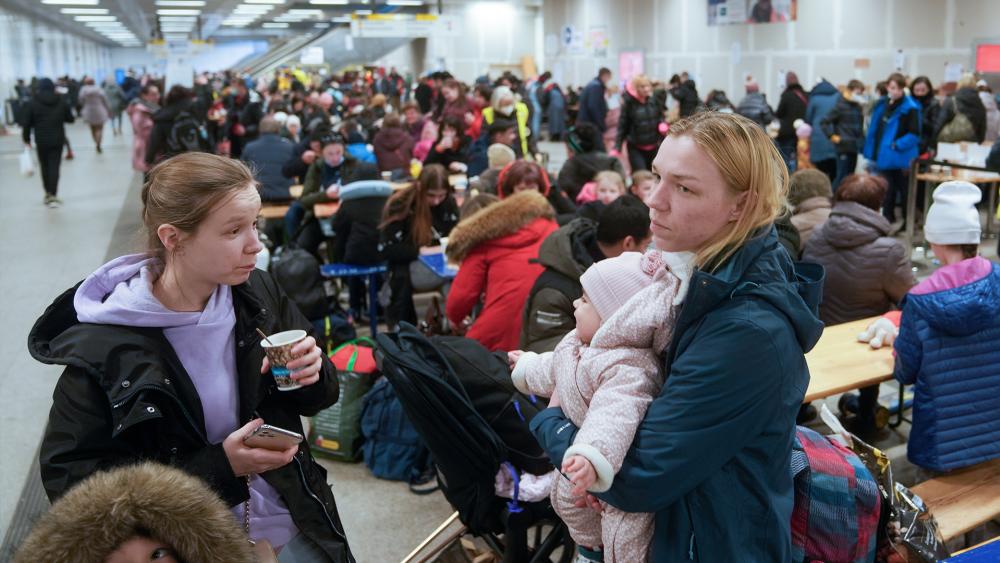 The U.S. is shifting from its refugee resettlement program to a unique humanitarian parole process to welcome Afghan refugees and now, refugees from Ukraine.

Homeland Security opened the portal to the program, Uniting for Ukraine, on Monday. Already, more than 4,000 U.S.-based individuals and organizations have applied to sponsor refugees from the war-torn country.

Matthew La Corte, government affairs manager for immigration policy at the Niskanen Center, calls the number encouraging and predicts tens of thousands of sponsors could potentially apply. The Biden administration says it will allow as many as 100,000 Ukrainians into the U.S.

"The outpouring of support has just been enormous," he said. Although Gallup polling indicates widespread support for Ukrainian refugees, La Corte says the sponsorship process will provide a more precise gauge of attitudes.

"We're going to be able to put real numbers to quantify the breadth of support from the American people," he said.

A Gallup poll conducted in early April indicates that 78 percent of Americans approve of allowing 100,000 Ukrainian refugees into the U.S. It's the highest level of refugee support that Gallup has polled since 1939.

More than 5,000,000 people have already fled Ukraine, according to the U.N. Most are entering Poland, Romania, and other eastern European countries.

Homeland Security has been allowing Ukrainian refugees entrance to the U.S. by granting them an exemption to Title 42 and allowing them in via the U.S.-Mexico border. Now, it's denying that exemption and referring them to the United for Ukraine program.

La Corte said that congregations and faith groups can sponsor Ukrainian refugees as well as individuals.

Evangelical refugee resettlement agencies like World Relief and Bethany Christian Services are supporting the sponsorship program, as are the National Association of Evangelicals, the National Latino Evangelical Coalition, the United States Conference of Catholic Bishops, and the Lutheran Immigration and Refugee Service.

Bethany Christian Services also challenged the U.S. government this week, warning that equitable treatment is needed for Afghans and other refugee groups.

A new report from The Hill shows that a similar U.S. humanitarian parole process for Afghan refugees has denied roughly 85 percent of the applications it has processed.

Uniting for Ukraine allows refugees to apply for asylum in the U.S. for up to two years.

"Everything we've heard is that there's hope that this conflict won't last for two years," said La Corte. "People will be able to go back."