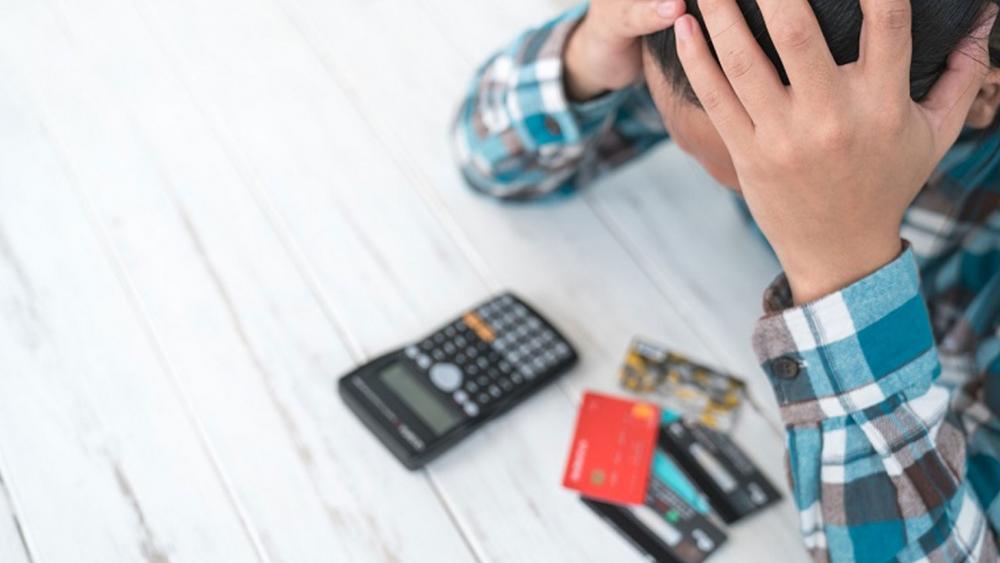 With inflation running out of control and higher prices squeezing family budgets, more Americans are turning to credit cards to bridge the gap. That's led to the biggest leap in credit card balances in 20 years.

Household debt is now at its highest level ever, climbing past $16 trillion – a 13% increase in the past year.

Americans are treading water. Roughly, 125 million people are living paycheck to paycheck according to financepond.com. That's 54% of the U.S. adult population.

So just how bad is it? The collective U.S. household debt is one indicator – totaling $16.15 trillion through the end of June, up $312 billion from the previous quarter. With food and gas prices surging to 40-year highs, the Fed is working to bring down inflation by raising interest rates.

Yet, those higher rates mean higher interest on credit cards as the new data shows that American families are using their plastic just to pay the bills.

Danny Kofke, author, and motivational mentor with Mentoro says the numbers indicate so many people need financial wellness. "I think it says we like to spend money," he said.

Kofke believes that the higher prices are forcing Americans to borrow more money. The problem is that using credit cards only puts consumers deeper in the hole. Per his example: someone who racks up $5,000 on a credit card could pay 1.25% of the balance, with an 18% interest rate.

His example shows how people don't consider the total cost beyond the minimum payment, which explains why credit card balances just surged by the largest amount in 20 years.

"Debt is so tricky," Kofke said. "We'll even go back to Proverbs: 'The borrower is servant to the lender.' Solomon wrote that over 2,000 years ago before there were Walmarts, Target, and the only Amazon was a river. And it's still true today."

So what can you do to bring down monthly costs? Some families are stretching their dollars at the Dollar Store.

"It's convenience, and it is a lot cheaper than going to the regular grocery store," said one struggling American. "Not all the food there is great, but it's definitely better than not having anything."

Kofke recommends getting a "side-hustle" – or using your skills to make money on the side. He even says now's a good time to ask your boss for a raise.

An expansion in household debt is typically followed by a sharp slowdown in spending and investment, furthering fears that a recession is imminent.