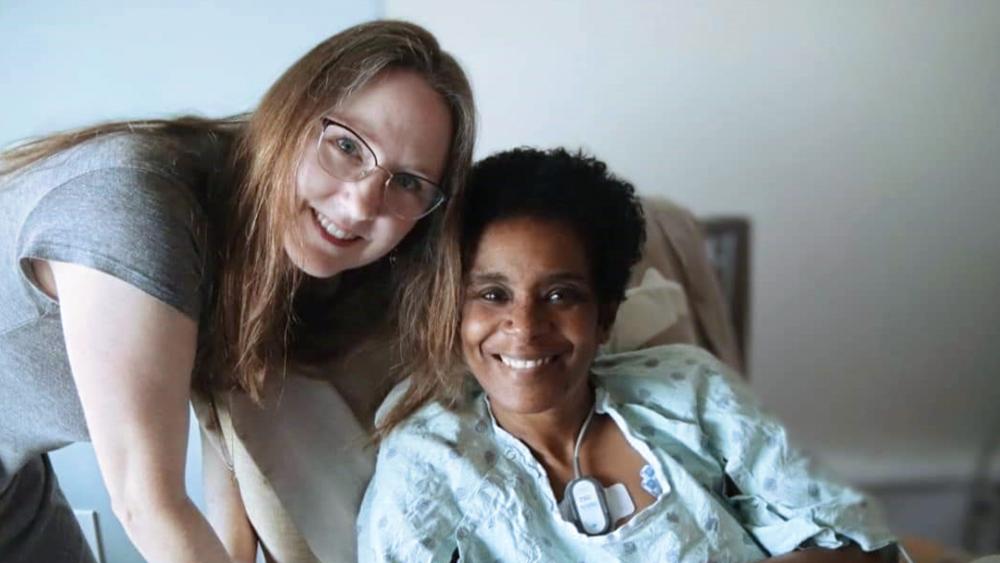 It's an unlikely story of friendship and sacrifice. Two former abortion clinic workers living thousands of miles from each other, meet by chance, leading to a life-saving kidney transplant.

Shelley Guillory has battled polycystic kidney disease for nearly 20 years. The debilitating sickness leads to kidney failure and dialysis treatment. In 2020, Shelley was placed on a list to receive a kidney, and although the situation looked bleak, she prayed.

The answer to Shelley's prayer began years earlier, back in 2013 when she left a Baton Rouge, Louisiana abortion clinic thanks to the pro-life nonprofit group And Then There Were None (ATTWN).

Shelley had always questioned her work at the abortion clinic but stayed because of the pay.

"In addition to the deaths that I was contributing to, the things I saw the clinic do on a regular basis tore away at me and necessitated a steady flow of self-talk; rationalizations to help me detach," she wrote on ATTWN's website. "If I was going to survive and keep the money flowing home, I had to look away and keep talking myself into all that I was a part of: 'They chose to be here. If they don't care, I don't care'."

It wasn't until the sudden death of her 20-year-old son that she decided to make a change.

"During this grieving process, I began to grieve all the babies that were aborted," she told CBN News. "How could you love and miss yours so much and think that these [babies] were not affected at all."

"I'm a good judge of character," Guillory told The Stream. "And I knew I was being lied to by my organization. But when I spoke to Abby, she assured me I had the ability to leave at any time I wanted."

Shelley immediately left her position and says the process of her spiritual healing began.

"What strikes me so sharply about And Then There Were None is that it is a judgment-free zone," she explained. "Every abortion worker they care for has lived your life. Every case manager is there only to serve. That embrace alone has the power to heal deeply. It is in that environment that they begin to love you, being the hands, feet, and loving eyes of God."

Shelley, however, was still believing for her physical healing.

Last July, she shared her need for a donor among a group of former abortion clinic workers who were also a part of ATTWN. It was during that Texas healing retreat that 30 women came together and prayed for Shelley.

"The only thing we knew to do at that moment was just to cry out to God," Johnson told The Stream.

Johnson was bold enough to make a specific prayer request.

"Jesus, I pray that Shelley's donor is right here in our midst," she said.

Four months later, Shelley sat next to Caroline Strzesynski, a former abortion clinic worker from Ohio, who was also a part of ATTWN.

Caroline worked for Planned Parenthood for six years, but it was becoming a Christian, a new mom, and a visit to an abortion clinic that changed everything.

"I saw women sitting shoulder to shoulder, waiting for their abortions and my heart began to wrench. I no longer saw just one person affected by abortion, but the life within as well," she wrote on ATTWN.com.

Caroline left her job and became a part of the ATTWN family.

In September 2021, Guillory and Strzesynski sat next to each other at the ATTWN's first annual Quitter's Ball, a gathering of 600 former abortion clinic workers.

"I was supposed to be sitting at one table, but for some reason Abby had me (last minute) move to another table," Shelley told CBN News.

Sitting at that table were Caroline and her husband. Throughout the dinner, Caroline learned more about Guillory's condition.

She decided to quietly get tested to see if she could be a donor and, through a miracle, she was a perfect match.

Shelley said she felt "an overwhelming sense of peace" when she learned Caroline was a match.

In June, the pair underwent surgery at Oschner Medical Center in New Orleans that lasted almost four hours. The doctors and surgical team reportedly had no complications.

"Like I tell people, pray to God and be specific on what you are looking for," she told CBN News. "You never know where it is going to come from, whether it be family, or somebody as wonderful as Caroline, who decides to give selflessly of herself and give an organ to a practical stranger."

The two women will be meeting for the first time since the surgery, this weekend.

"She gave me the most selfless gift and she gave it to practically a stranger," said. "She gave it without hesitation or a second thought." 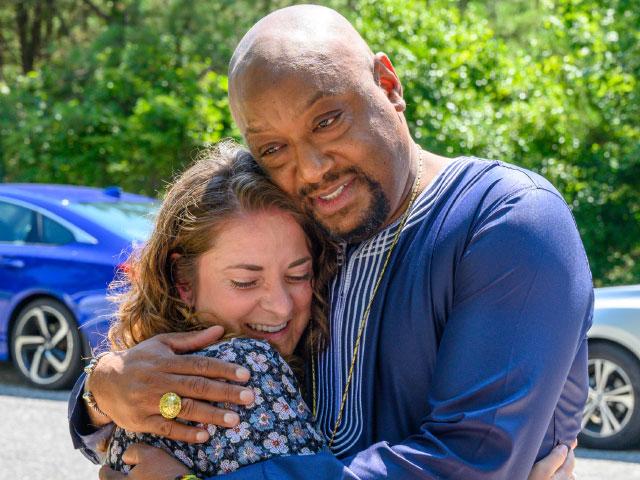 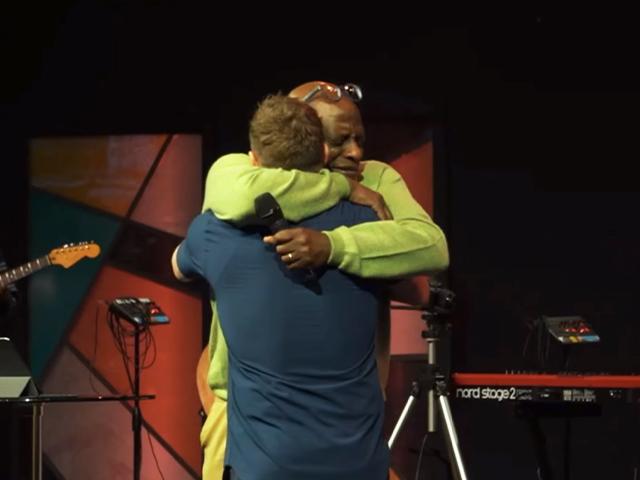