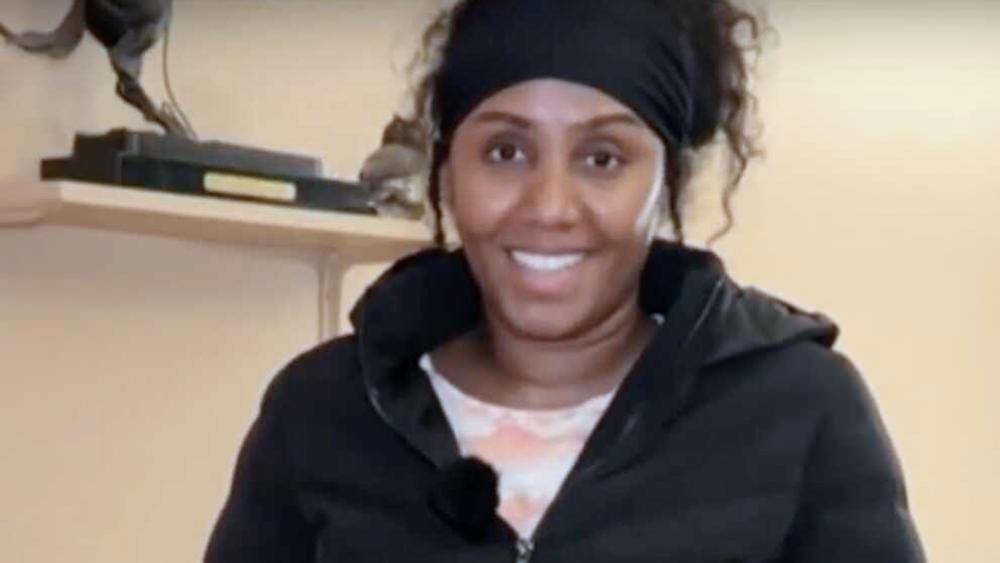 “Jesus has healed me.”

Those are the words of Naomi Bogale, an Ethiopian runner who moved by herself to Colorado filled with visions of athletic renown. That, though, was before everything changed.

“All my body was paralyzed, my legs, nothing, zero,” she told CBS News, recalling the horrific accident she was in just seven months ago when the car she was riding in wrecked, leaving her with a broken back and a severe spinal cord injury.

For the first time, the center of her universe — running — was no longer possible, a heartbreaking setback that came just after she suffered an Achilles-tendon injury and lost her partnership with Nike.

Bogale had moved to the U.S., dreaming of a comeback. She had access to world-class training and equipment, working herself into the best physical shape she’d ever been in until it all came crashing down.

Many of the medical professionals Bogale spoke with told her the chances she would walk again were very slim and, if it was even possible, it would take years to achieve. Doctors gave her a projection of two to three years and, even then, it was always no more than a “maybe.”

Bogale’s devout Christian faith led her to a different conclusion. Thanks to a dream, the Ethiopian athlete was confident the doctors’ prognoses were wrong because they didn’t account for miracles.

“I saw Jesus on my bed [in a] dream and God is taking my hands, too, and Jesus has healed me,” she said.

Fully determined to return to her passion, Bogale began to work out again, only this time she was no longer training as an athlete. Instead, as she described it, she was “like a baby” learning to walk again.

All the credit, Bogale added, belongs to the Lord.

“I’m working hard, but I do believe more in miracles; it’s [a] miracle, you know,” said the runner. “The science doesn’t prove it [and] the doctors never imagined — nobody can imagine.”

“When He healed me [is] when I walked again,” she exclaimed. “And I can run again, for sure.”

Bogale’s story is one of consistent provision from God. After the car accident, the runner, who was in America on an athletic visa, could have found herself homeless and without the medical care she desperately needed, because she wasn’t eligible for Medicaid.

Thankfully, a local charity paid her hospital bills and a couple from Aurora, Colorado, took her in, even though it was only for a month. It was their generosity that gave Bogale the running start she needed.