'I'm Still in Shock': Pastor Born in Ukraine Encourages Christians in How to Pray Amid Russia Chaos 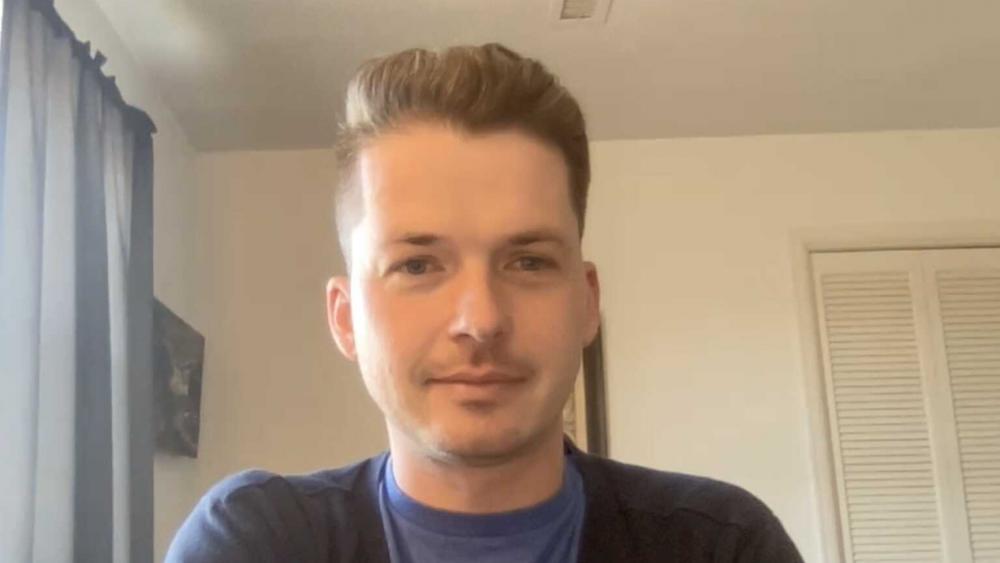 Andrew Moroz, a pastor in central Virginia, was born in Ukraine. He’s looking now at what’s unfolding in his home country with heartbreak, still reeling from the Russian invasion many weren’t expecting to transpire.

“I’m still kind of in shock,” he told CBN’s Faithwire. “Honestly, I’m grieving. It’s very painful to know what my friends and family and ministry partners are experiencing in Ukraine and [it’s] a little bit unbelievable that something like this could be happening right now.”

For Moroz, a lead elder at Gospel Community Church in Lynchburg, Virginia, the headlines aren’t abstractions; they are indicative of a lived reality for friends and family members he said are hunkering down in basements, subway stations, and makeshift bomb shelters.

Keeping up with the moment-by-moment updates of the situation on the ground in the Ukrainian capital of Kyiv and other cities around the sovereign nation has, for Moroz, been daunting. Even still, it has helped to inform his prayers as he, his family, and his church community petition God “for the preservation of innocent life.”

One glimmer of hope amidst all the devastation has been seeing Christians rise up in Ukraine.

“I’m proud of the church in Ukraine,” the pastor said. “They are rallying. They’re gathering in groups, they’re worshipping. There’s videos going around of prayer services and worship experiences in subways and so I’m praying that Jesus is glorified. If He is peace — which we believe He is, He’s the Prince of Peace — then we want more of Him in these spaces where people are hurting.”

How should we pray?

Moroz encouraged fellow believers looking at the scene in Ukraine to pray the Lord’s Prayer for others.

“I’ve been praying the Lord’s Prayer for the country of Ukraine,” he said. “We can pray that for each other, too, in just the same elements that Jesus lays out for us. This is what those people need. This is what I need right now: ‘Lord, I need Your Kingdom present in my life. I want Your Kingdom present in the Ukraine. I need Your provision and sustenance; they need provision.'”

The pastor went on to say the loved ones and ministry partners he’s spoken with have asked for prayer for safety and for an end to the conflict with Russia as soon as possible.

“They’re also asking for global support,” Moroz added. “And some things are happening. I know nations are rallying. But it sounds like there is still some work to be done.”

Additionally, Ukrainian President Volodymyr Zelenskyy took to the streets in Kyiv to make clear he is still in Ukraine and has no intention of leaving the country. Explosions were reportedly drawing closer in the capital city Friday.

"The president is here." President Volodymyr Zelensky of Ukraine posted a video on social media showing him standing alongside other government officials, saying that the country’s leaders had not fled Kyiv as Russian forces entered the city. https://t.co/VPxc01QGAG pic.twitter.com/F91xlEp7we

Regardless of what may or may not ultimately result from Russia’s unprovoked assault, Moroz said that, despite the dire circumstances they’re facing, the Ukrainian believers he has spoken to are secure in Jesus Christ.

“I have friends in basements right now,” he said. “But they really are putting their faith into practice. They believe their God is present with them. That’s been very encouraging to me.”

“This isn’t a ‘Ukraine is great and Russia is bad’ [situation],'” he noted. “Both countries have citizens who are made in the image of God and who want to live lives in peace and who want to encourage each other. So we’re praying for truth and justice in both spaces.”

Please continue to pray for Ukraine, Russia, and the leaders of the world. Pray, too, for the body of Christ and that God would be glorified in the middle of this humanitarian and political crisis.