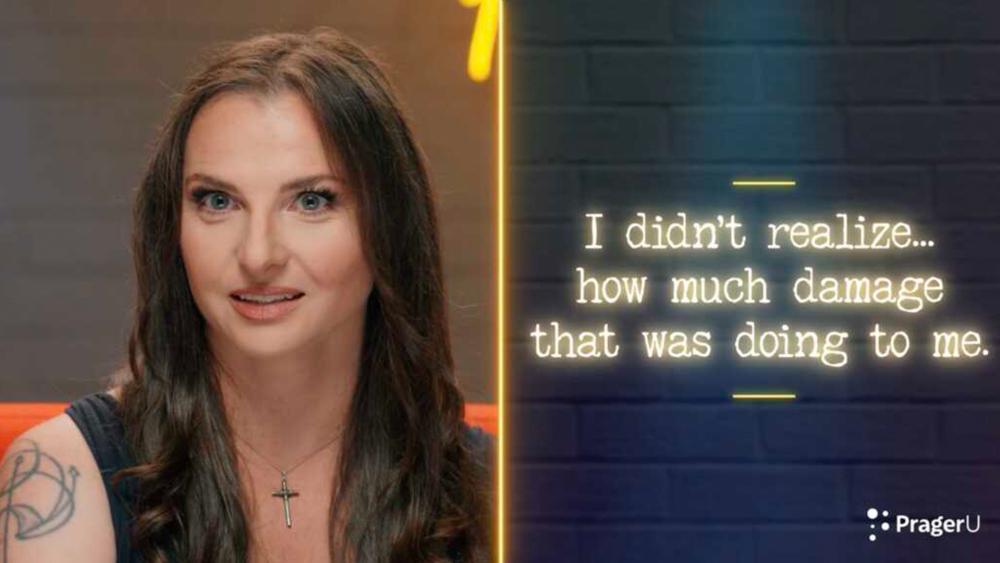 Adrienne Johnson was once a fierce atheist who found herself lost, struggling, and “suicidally depressed” until she hit rock bottom, discovered Jesus, and saw her life transform before her very eyes.

“I was a lifelong atheist,” Johnson, the chief-of-staff at PragerU, a nonprofit dedicated to conservative ideals, told Faithwire. “A chainsmoking, tattoo-covered, sexually promiscuous, suicidally depressed atheist [who] was transformed by Jesus.”

The wife and mother of two recounted her journey from non-belief to Christianity, noting politics was her religion before she found Jesus.

Johnson surprisingly found herself attracted to right-of-center politics in college, despite the tattoos, tongue ring, and lifestyle she embraced at the time.

“All of the values of libertarianism and conservatism, for the most part, really spoke to me,” she said.

However, Johnson remained antagonistic toward faith, despite its prevalence on her side of the political aisle.

“I was very hostile toward it [and] thought that anybody who had any kind of religion or spirituality at all was just not very bright, not very intelligent,” she said. “I was all about science and rationality and common sense.”

Johnson said her life was reflective of her disinterest in anything spiritual, noting she had “no morals” and “no boundaries” and was desperately trying to fill a void in her heart.

In the end, Johnson felt empty and unhappy. When she got married, she believed it would help fix these issues, but it didn’t fulfill her like everything else she tried. Then, she made a life-altering mistake.

“I was unfaithful,” she said. “I basically completely blew up my life and destroyed my marriage.”

When Johnson finally hit rock bottom, she found herself looking at every possible solution to her internal woes. She dove into New Age practices and other options and yet still was unfulfilled — until a friend invited her to a play.

“When a friend invited me to see a play of The Screwtape Letters by C.S. Lewis … it completely blew me away,” she said. “I was hit so profoundly that I had to at least consider Christianity as an option, which as a former atheist is just the most ridiculous, uncomfortable thing to consider ever.”

As time progressed, Lewis’ words resonated, and Johnson found herself slowly understanding the faith she had so fervently rejected.

“The more I learned about it … it was just truth resonating within me,” she said.

Johnson went on to remarry, have two children, and now lives her life for Christ. Watch her powerful testimony.