Winter Storm to Bring Snow, Ice Across Wide Portion of US Over Next Several Days 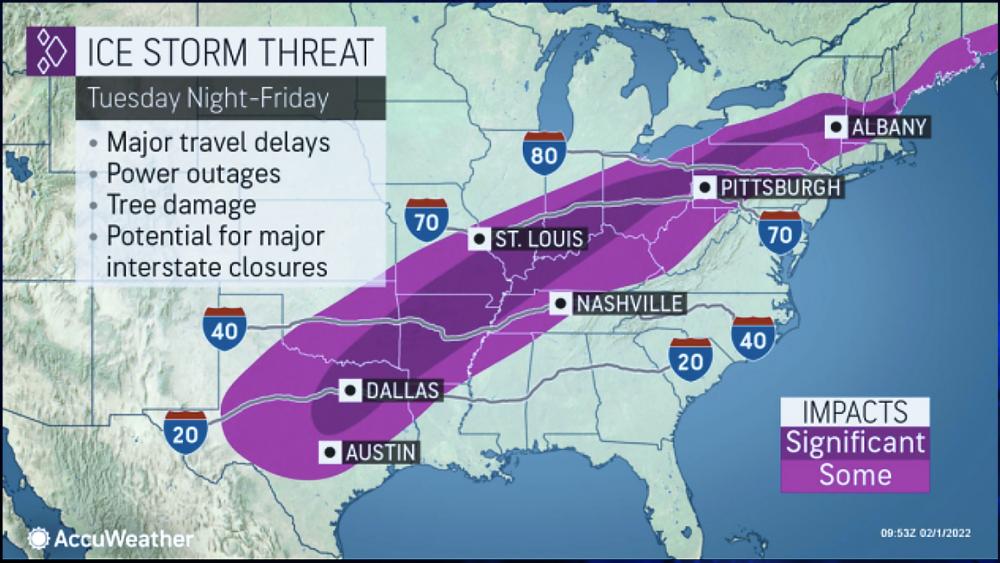 More than 90 million people are under a major winter storm watch or warning that began Tuesday.

The system is expected to track over a 2,000-mile stretch of the country with heavy snow starting in the Rockies and freezing rain as far south as Texas before it drops snow and ice on the Midwest and even on to New York over the next several days.

The storm follows a vicious nor'easter that brought blizzard conditions to many parts of the East Coast.

The forecast comes nearly a year after a catastrophic winter storm devastated Texas' power grid, causing hundreds of deaths. Texas Gov. Greg Abbott planned a briefing Tuesday on the state's readiness, though the forecast this week does not call for prolonged, widespread frigid temperatures like the February 2021 storm had.

The storm is expected to cause major travel delays, power outages even the potential for interstate highway closures.

All of this will be accompanied by a harsh wind chill. The south-central states could see temperatures plunge 20 to 30 degrees over a 24-hour period.

During the multi-day storm this week, some areas may see a mix of rain and freezing rain before it changes to snow. "It will be a very messy system and will make travel very difficult," said Marty Rausch, a meteorologist with the National Weather Service in College Park, Maryland.

The National Weather Service said 6 to 12 inches (15 to 30 centimeters) of snow was expected by Thursday morning in parts of the Rockies and Midwest, while heavy ice is likely from Texas through the Ohio Valley.