A school district in Illinois is defending an elementary school after it distributed flyers advertising an after-school Satan Club to students in first through fifth grade.

Children at Jane Addams Elementary School in Moline, Illinois were invited to participate in the after-school club hosted by the Satanic Temple earlier this week.

The flyer promotes "science projects, puzzles and games, arts and crafts projects, (and) nature activities" to kids on five different dates throughout the remainder of the school year starting on January 13th.

An elementary school in Illinois gave out these flyers promoting an after school satan club pic.twitter.com/ieF1wSZYds

The club "is based upon a uniform syllabus that emphasizes a scientific, nationalist, non-superstitious worldview" and is put on by "volunteer teachers."

Parents took to social media earlier this week expressing confusion over what was sent home with students.

"This proves just how lost our country is," one person commented.

"This is obscene & ridiculous! I wish this was a very bad & tasteless joke," another person wrote.

Some parents blamed the Moline-Coal Valley School District for the flyer distribution.

"Kick every board member off that allowed this to occur," one wrote. "Vote in new people with common sense, morals and ethics."

The school district defended the move releasing a statement Tuesday saying they do not discriminate against groups who want to use their facilities.

"The Moline-Coal Valley School District and Board of Education have policies and administrative procedures in place which allow for community use of its publicly funded facilities outside the day," the statement read. "The district does not discriminate against any groups who wish to rent our facilities, including religious-affiliated groups."

"Religiously affiliated groups are among those allowed to rent our facilities for a fee," the district said. "The district has, in the past, approved these types of groups, one example being the Good News Club, which is an after-school child evangelism fellowship group. Flyers and promotional materials for these types of groups are approved for lobby posting or display only, and not for mass distribution."

"Students or parents are then able to pick up the flyer from the lobby, if they so choose, which is aligned to District policy," the statement continued. "Please note that the district must provide equal access to all groups and that students need parental permission to attend any after-school event. Our focus remains on student safety and student achievement."

As CBN News has reported, the Satanic Temple has been targeting schools that offer after school alternatives like the Good News Bible Clubs, which teach character development from a biblical viewpoint.

"The so-called Satanic Temple group is not legitimate. It's a handful of atheists masquerading as so-called Satanists whose only reason for existence in schools is to be disruptive and oppose the Good News Clubs," Mat Staver, Founder and Chairman of Liberty Counsel, told CBN News. 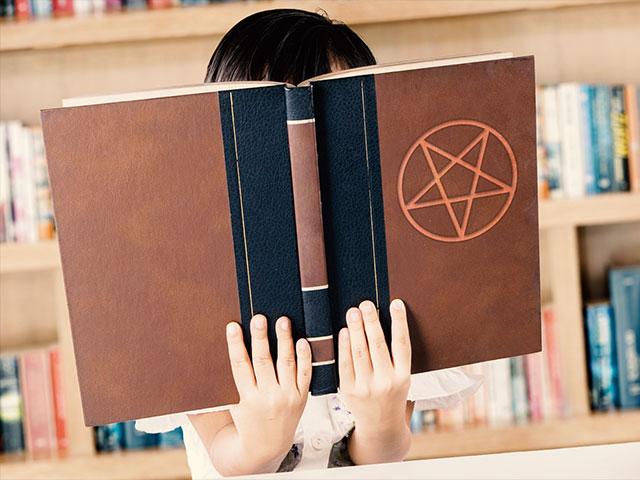