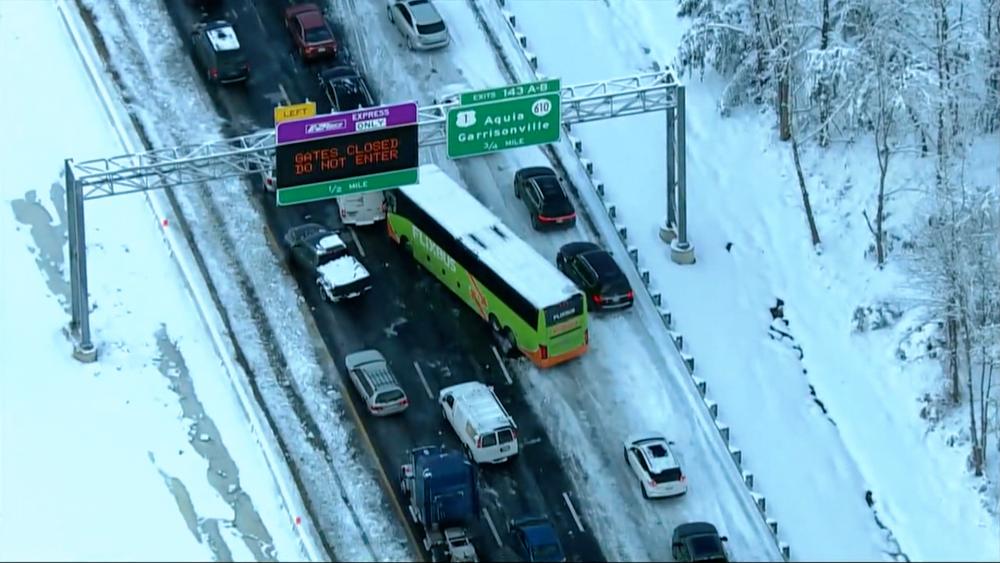 Interstate 95 in Northern Virginia is moving again. The highway finally reopened Tuesday night after a 50-mile traffic jam that froze hundreds of cars in place over two days.

And just as the region is recovering from Monday's winter storm -- more bad weather is on the way - complete with possible freezing rain along that same section of I-95.

It was a nightmare on one of the nation's busiest highways as snow and ice caused I-95 to shut down Monday, trapping drivers in subfreezing temperatures for more than 27 hours.

"Vehicles starting to run out of gas," said one trucker on Twitter named @myworldtaw. "Food, water is an issue for some of these people..."

The problem started with multiple tractor trailers jack-knifing near Fredericksburg, Virginia, as temperatures dropped below freezing.  The situation was made worse by heavy snowfall.

"Our cell phones don't work," said a driver named Kimberly Gibson. "Internet goes in and out. So, it's we've just been sitting here"

"I've been in this spot 7 hours, almost 8 hours," said another trucker who tweeted under the name @1stLadyTruckerT.

Some drivers who took to social media highlighted worries about a lack of gas, food, and water.

Sen. Tim Kaine (D-VA) was stuck in his car for 27 hours after starting his normally two-hour commute to the nation's capital in D.C.

"I had a heavy coat and I also had a full tank of gas," said Kaine.  "And the problem is a lot of people when you're stuck that long between, you know, five miles from an interchange and the traffic isn't moving, folks are running out of gas."

The Virginia Department of Transportation called the situation unprecedented.

"We were not able to pretreat our roadways before and this is due to the rain," said VDOT Commissioner Stephen Birch.  "The rain would've washed all of our chemicals and salt off the road."

Virginia Governor Ralph Northam (D) defended the state's handling of the chaos, saying there was difficulty getting workers and equipment through the snow and ice.

Meanwhile, forecasters warn of the possibility of more freezing rain for that same area in Virginia on Wednesday, and another storm is expected to bring snow from Virginia to Maine later this week. 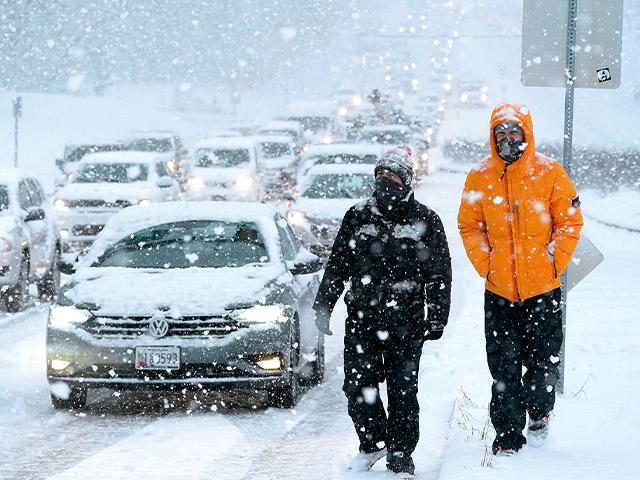