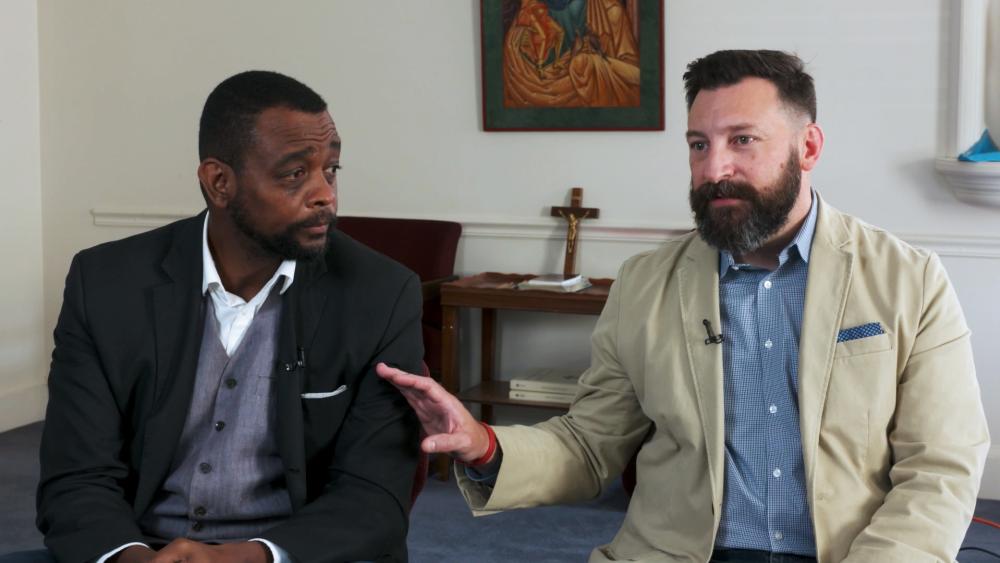 African-American Will Ford and white Matt Lockett never expected to become warriors against the racial divide wounding our country. Still, they believe God brought them together miraculously for a profound purpose. Now they're reaching out to a hurting nation in an effort to give it the kind of unity and love they've found, that rises above color.

Their story together began when the Lord spoke separately to Will and Matt to go to the Lincoln Memorial the same day. There, at a prayer meeting, they met right where Martin Luther King Jr. gave his "I Have a Dream" speech, the one in which he said he had a dream that "the sons of former slaves and the sons of former slave owners will be able to sit down together at the table of brotherhood."

Lockett looked over at Will and said, "I love this man like my own brother."

Now they speak about racial healing. Always nearby is a big old black kettle more than a couple of feet wide, which Will's enslaved ancestors prayed under so their sometimes violent slave masters wouldn't hear those prayers and beat them.

But six years ago, Matt and Will's relationship took a blow when they found out even Matt's past and that kettle intertwined. They learned Matt's ancestors owned Will's ancestors.

Will remembered thinking in shock, "My friend: his family is the family that owned our family."

Matt recalled, "I'd been listening to the story of the slaves who prayed under the kettle for years. And all of a sudden I found out I had a connection to that actual story and it was to that of the slave owner. That made it very personal for me."

Will admitted, "I had to go to a deeper level of forgiveness because now I had a face connected to these stories of slaves being beaten. And why we had to have secret prayer meetings."

Matt added, "And it was hard because all of the pain of history and the pain of a community where that pain is endured, it had a face, and it had a name. And it was a face that I love."

It's a struggle and adventure they write about in The Dream King.

"Yeah, it was a little bit of a struggle for several months," Will said of the effect this revelation had on their relationship. "And I'm glad we hashed it out."

They believe now the nation can hash it out.

"Racism is everybody's problem," Will declared, but added, "We can definitely rise above racism in America."

It's not just a black/white thing. For instance, Will mentioned, "Asian-Americans are coming under attack because of the Coronavirus. And people have been pointing the finger at them. People are saying things verbally. And also they are physically being attacked – like their ethnicity is a virus."

Of these racial divides, Will said, "This is an ethnicity-against-ethnicity conflict that the enemy is trying to raise up right now."

Matt said, "The whole nation is in a learning moment right now, whether we like it or not. We're all facing this all together at the same time right now."

'I Want to do Something, But What Is It?'

Will suggested people are saying, "I want to do something, but what is it? And what can equip me to do that?"

Will pointed to this series "Seven Days to Change," saying, "Through this retreat, we're going to hit on all these different touchpoints where people have been dehumanized, made 'less than,' and heal this thing."

Matt said of the recorded retreat, "We have a very unique story that God has taken us through, where we've made these personal discoveries. And we think there are principles that have emerged that are really beneficial, I think, for the Church and for the nation. We're laying out biblical principles for how the church can engage on the race issues."

'This is the Place Where Change Starts' – It Starts with You

"I think that the solution to racism in America right now is going to be like a ripple effect. It's going to start small and it's going to grow," Matt suggested. "So what Will and I have worked through, it began in our homes, in our families, in our little personal relationship. And it's spreading out from there. I believe that the power of this retreat, the power of this kind of discussion and conversation taking place, is that it can happen in our homes. It can happen in our living rooms."

Will added, "We're going to impact the nation through every home, connected through series like this."

Come Out of Our Bubbles, Silos, Comfort Zones

But to see positive change, people will need to get up and act.

Will pointed out for the dominant culture, "You can live in your own world and not be around any minority. You can do life, do family, friends, work…and not come across a black person, Hispanic, Asian, or whatever. The thing is this: we've got to come out of our silos…all of us. It's going to take us going beyond our bubbles, beyond our comfort zones, and finding one another."

He continued, "We need the white community to make an effort to get past their comfort zones and engage and connect with other people of color."

Matt said he understands many white people may feel they've done nothing wrong racially. But he pointed to Daniel in the Bible, saying, "In Daniel 9, he hadn't sinned, but he said, 'we have sinned.' I think that there's a call to us right now to identify, to listen, to have empathy, to hear."

'I Wasn't There, You Weren't There; Get Over It'

He said, "I think there's a common sentiment that 'hey, I wasn't there, you weren't there; get over it.' And I want to encourage us that there is a dismissive attitude that we need to address in the Church. That we dare not dismiss the pain that has historical roots, that has endured to this day."

Will likes to say, "it's going to take a united Church to heal a divided nation."

Matt said, "I believe that the Church is uniquely positioned right now. See, as believers in Jesus Christ, we have this foundation of believing in redemption. And so as the culture is in this tug-of-war over who did what and who's right and who's wrong, we're actually in a position to step in and say, 'You know what: there's a thing called repentance and there's a thing called forgiveness."

And there's the mighty love that forgives.

"When you think that Jesus loved us so much, He'd rather die than spend eternity without us. What kind of love is that? That brings worth. That brings dignity. And it brings value to every single person," Will insisted.

We Can be Healing Agents

He continued, "When you look at how He forgave, and He asks us to take up our cross and forgive as well, and when you look at how He put His privilege at risk to see other people flourish. We can step into being these healing agents for the rest of society. But it's only through Christ that we can be that powerful catalyst for it."

"And if we can introduce that into the culture, Oh! The work of God I think can explode in a powerful way right now like we've never known," Matt suggested. "Maybe we'll get a Great Awakening."

They hope people who gather and go through this "Seven Days to Change" retreat together will come to have relationships like Will and Matt's: tested, but a prophetic fulfillment of what Martin Luther King Jr. dreamed of in the exact spot where God brought Matt and Will together at the Lincoln Memorial.

Will summed up, "There is this table of brotherhood Dr. King talked about: sons of former slaves sitting with a son of former slave owners. And, listen: we're here to tell America right now, there's still room at the table."

*This story was originally published in 2020. 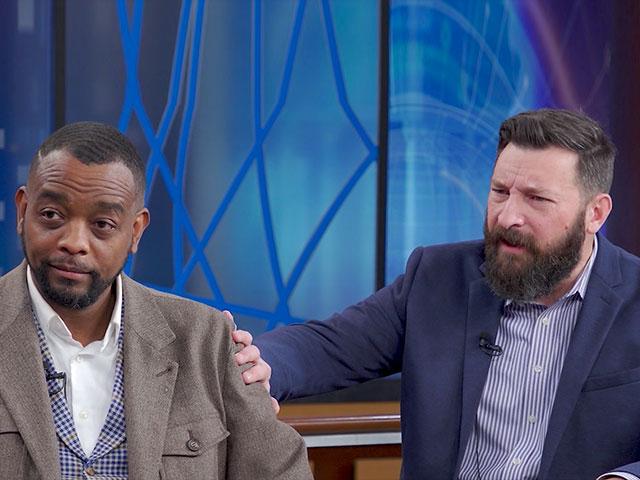