'The Nones' Are on the Rise, so Church Movement Is Lighting '1,000 Little Lights in the Darkness' 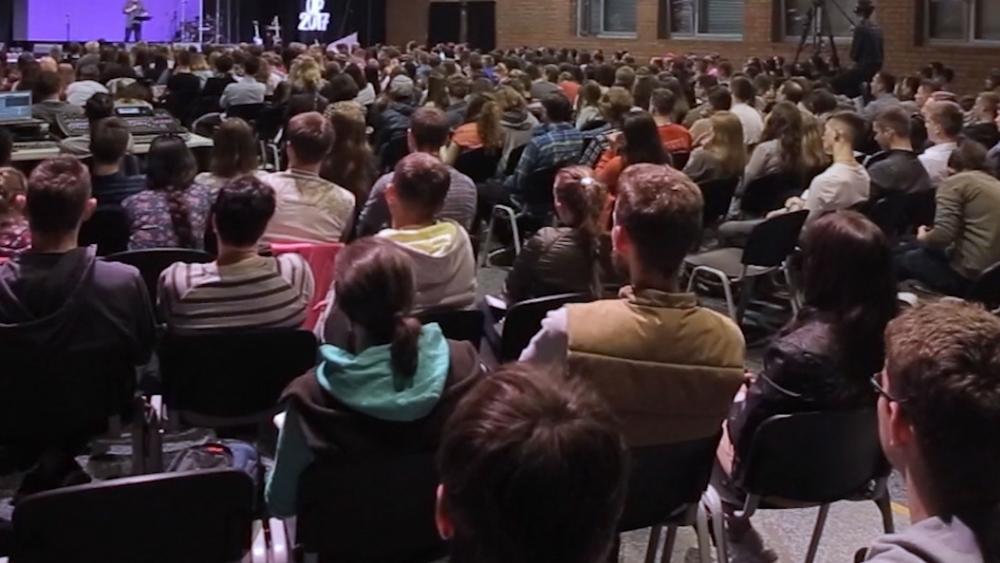 A growing number of Americans are losing their religion.

Recent numbers show daily prayer, church attendance, and the number of self-proclaimed Christians are all on the decline. Part of this trend includes the growing number of people with no religious affiliation – called religious "nones."

Quick Start Podcast: Trump Vows to 'Help the Country in Any Way He Can' Amid Deep Divisions

In 2021, the Pew Research Center found self-identified Christians make up 63% of the U.S. population, a drop from 75% just 10-years ago. The majority of this decline is happening among Protestants, dropping 10-points in the last decade, while Catholicism remains relatively unchanged. During the same period, researcher Gregory Smith says the number of religious "nones" has almost quadrupled since Pew Research began its Religious Landscape study in 2007.

"When we ask people about their religious identification: Protestant, Catholic, Mormon, Orthodox Christian, Jewish, Muslim, Buddhist, Hindu, Atheist, Agnostic, something else or nothing in particular – the religious "nones" are those people who answer that question by describing themselves as Atheist, Agnostic, or 'nothing in particular'," Smith said.

Religious "nones" currently account for about 3-in-10 U.S. adults or 29%. That number is up to 10-percent in the last 10 years. Smith says those secularizing shifts show no signs of changing or slowing down.

"One thing about this trend is that it's very broad-based," says Smith. "Religious 'nones' are growing among men and women – they're growing among college graduates and those with less education. They're growing in every region of the country. As older Americans age and as they begin to pass away, they are being replaced by a new generation of young adults that's coming of age with far lower levels attachments of religion than their parents and grandparents before them. So that's a big key part of what's happening."

Another indicator that Americans are growing less religious includes prayer. Fewer than half of adults pray daily. Thirty percent say they seldom pray or not at all.

Still, 4-in-10 adults say they consider religion to be "very important" in their lives.

Matt Chandler, the lead pastor of the Village Church and president of Acts 29 Church Planting Network, says the data is scary because it's marked by a generation of former believers who grew up in the church.

"Somehow we missed them," Chandler said. "We were unable to get them ready to live in the world that their life is playing out in now… I think the church needs to own that it's done a poor job discipling the next generation. We put a lot of weight into maybe entertaining them, but (didn't) really help them understand the beauty and depth and richness of the scriptures, and what it means to be loyal to Jesus Christ."

To better understand the reasons why someone would leave their faith, we talked with Jon Steingard, former lead singer for Hawk Nelson, a Canadian Christian rock band. His decision reflects America's changing religious landscape.

"Anybody who leaves any sort of religious community – they have to figure out how to hold themselves together and also how to find their way in the world, and that's actually not so easy to do," Steingard said. "I see the value in these religious practices, even if I don't believe in the metaphysical claims of Christianity or any other religion – I have become more appreciative of some of the practices and how they can (positively) impact your life."

Steingard, whose father and father-in-law are both pastors, announced his disbelief in God on Instagram at the height of the pandemic. His announcement sent shockwaves throughout the Christian music community. He said people who leave a faith tradition tend to focus on the negative aspects of that tradition.

"A lot of religious traditions offer you a built-in life purpose," he said. "For the religious 'nones' of America, there is no prescribed life purpose. So for someone like me, it has been a journey of discovering what I value: which are my family and the people in my life. And (I'm focused on) getting myself and family to become stable enough so we can become a stabilizing force for others."

Prolific pastors see the rise of religious "nones" as an opportunity for innovation around evangelism. Matt Chandler is working to sow seeds of hope through his church planting ministry. To encourage support, he plans to fund each new church planter who partners with the Acts 29 Network, up to $50,000. Today, the network supports over 700 churches in 50 countries.

"There's two forces at play here – you've got the kingdom of God and you've got the kingdom of darkness," Chandler said. "And I think what you're seeing is a collapse of robust discipleship for an extended period of time. It's not one great big church that threatens the gates of hell, it's 1,000 little lights in the darkness that makes up the heat in the gospel. So I want to be about pouring into that and giving my influence, time, and money towards that."

Chandler and others remain undaunted by America's religious realignment. They still see fertile ground for outreach to "nones" and others – and for growth among professing believers through genuine Christian discipleship.