100-Year-Old WWII Hero Breaks Down in Tears While Discussing America Today: 'It's All Gone Down the Drain' 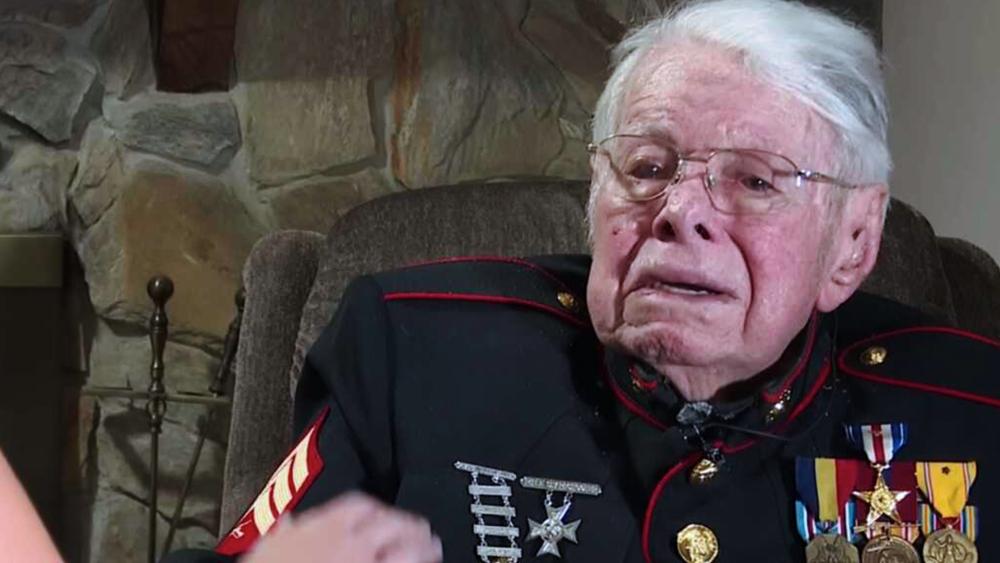 A 100-year-old World War II veteran is crediting God for bringing him home safe from the war while also warning much of what he and others fought for has “gone down the drain.”

Carl Spurlin Dekel, a U.S. Marine veteran, spoke about his life, military service, and gratitude while gathering with his family on June 29 to celebrate his milestone birthday.

“Most important thing in my life was serving my country. I don’t think I could take away from that,” Dekel told WTVT-TV. “The Lord brought me home, and the Lord has just blessed me so, and here I sit, at 100.”

While he said it was an “honor” to serve his country and that he would do it again, he also had some stern words about contemporary culture.

Dekel became emotional as he discussed these issues, speaking specifically about people who don’t have gratitude for all they have.

On a lighter note, he joked he sometimes can’t believe he is 100 and doesn’t worry about age.

“I just keep on keeping on,” Dekel said.