Extreme Heat Breaks Records in U.S. and Abroad - It's Threatening Power Grids and Could Drive up the Cost of Beef 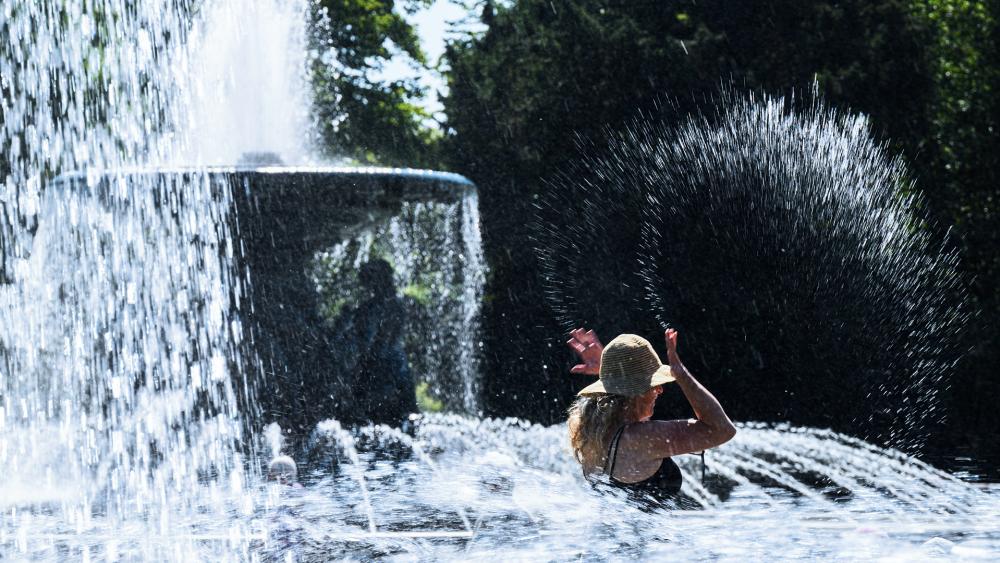 A woman cools off on Albertplatz at the water fountains of the "Still Water" and "Stormy Waves" fountains in Dresden, Germany, July 19, 2022. (Robert Michael/dpa via AP)
6309722319112
Extreme Heat Breaks Records in U.S. and Abroad - It's Threatening Power Grids and Could Drive up the Cost of Beef

Extreme heat is sweeping the country right now with many areas of the U.S. facing temperatures that could feel like 115 degrees with heat and humidity on Tuesday.

As temperatures are heating up from coast to coast, 60 million people are expected to face temperatures in the triple digits in the coming days.

"We have never put a forecast out quite like this," reporter chief meteorologist Travis Herzog on KTRK-TV Houston.

For the first time ever, the Houston forecast predicts 10 days straight of 100 degrees or higher temperatures, and Dallas is on track to break heat records.

Texans are being asked to conserve electricity and water with looming concerns over the power grid's ability to handle the high demand during the high heat.

"We're experiencing a stress on our system because of peak demand with peak weather conditions," said Wayne Larson with the North Texas Municipal Water District.

In Arizona, a UPS driver was seen on a Nest camera collapsing at a customer's front door in 110-degree heat. UPS says he's okay.

Overseas, high temperatures are causing dozens of wildfires to spread across western Europe in countries including Spain, Portugal, France, and Greece.

Harrowing video circulating on Monday showed train passengers in Zamora, Spain, passing through fire on both sides of the train. Officials in Spain and Portugal claim more than 1,100 people have died already as a result of the deadly heat. The majority of Europeans do not have air conditioning in their homes.

The UK issued its first-ever extreme heat warning as they, too, deal with record high temperatures. The UK recorded a record-breaking temperature of 104 degrees before noon on Tuesday, and the temperature is expected to increase throughout the day.  Experts say UK infrastructure is not prepared to handle extreme heat, and on Monday London's Luton airport suspended flights for a few hours when a small section of its tarmac melted in the high temperatures.

In the U.S., a lack of grass and water are forcing cattle ranchers to sell their livestock, which could drive up beef prices at the grocery store.