It's Not Over: Americans Brace for Historic Heat Wave as Blazing Temps Fuel Wildfires from Europe to Texas 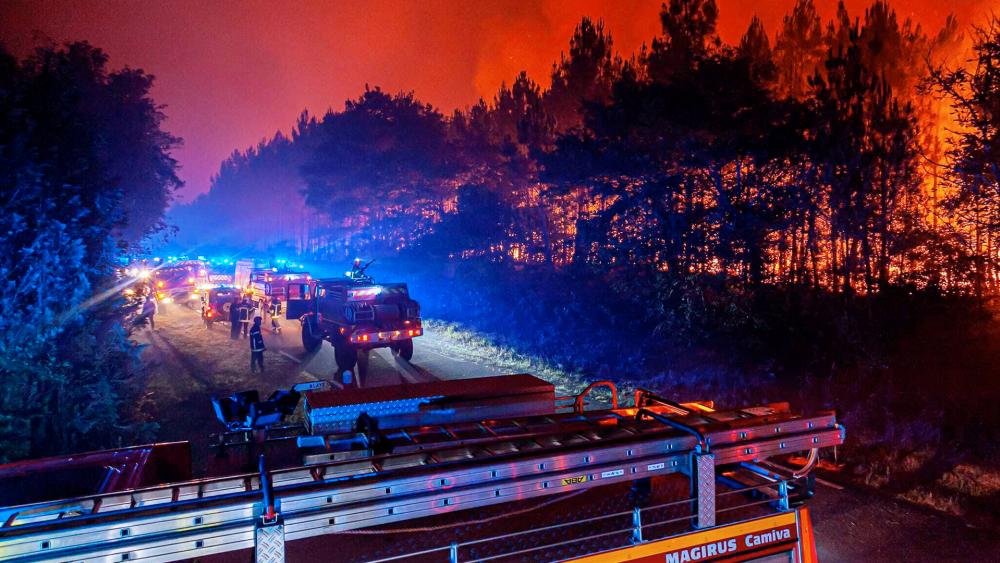 Firefighters battled wildfires raging out of control in France and Spain on Sunday as Europe wilted under an unusually extreme heat wave that authorities in Madrid blamed for hundreds of deaths. (SDIS 33 via AP)
6309824857112
It's Not Over: Americans Brace for Historic Heat Wave as Blazing Temps Fuel Wildfires from Europe to Texas

More than 100 million Americans in 29 states are facing heat advisories and excessive heat warnings this weekend as the country bakes under high temperatures.

Experts warn that extreme heat is the top weather killer. It can lead to dehydration, heat exhaustion, and heat stroke.

In Georgia, a lightning strike at Ft. Gordon killed one soldier and injured nine others.

A home video from Arizona shows a UPS driver collapsing as he rang a doorbell.  Another driver told ABC 15 in an exclusive interview "no amount of training can prepare your body for 160 degrees...10-12 hours a day, six days a week."

He described how the heat is affecting him. "There's been several times where I've woken up in the middle of the night cramping up, my legs cramping, my hand is cramping," he explained.

In states like Texas, the heat is fueling wildfires.

Across Europe, a parallel heat wave is generating wildfires in Spain and France. On Tuesday, Britain shattered its record for the highest temperature ever recorded.

In the U.S., the heat is moving east towards major metropolitan areas like Philadelphia, Boston, and New York.

"Don't run your air conditioner when you're not home," said spokesman Jamie McShane. "Don't cool rooms that you're not in. Close the door and if you're running heavy appliances like washing machines, dishwashers--try to use those at night when the system is not in high demand."

Climate change activists blame global warming for driving the historic temperatures right now while other experts note that urban sprawl is also accelerating the trend by creating what is known as the urban heat island effect. It's created by pavement and buildings that absorb and retain heat more than natural land.

Dr. Sean McKenna at the Desert Research Institute in Las Vegas says the effect is raising temperatures in urban areas.

"We're putting more pavement, black pavement, more buildings, stone, concrete, thermal mass that cannot only absorb heat and then let it out over the night--keeps the average temp higher--but can also reflect sunlight onto other areas as well," he said.

Americans can expect to pay more in electric bills this year. Along with the need for more electricity to cool homes, prices are expected to spike by 20 percent this summer largely due to soaring natural gas prices.

In the Southwest, the worst drought in 12 centuries is wiping out the water supply, most notably at Lake Mead in Nevada, which provides water to 25 million people.