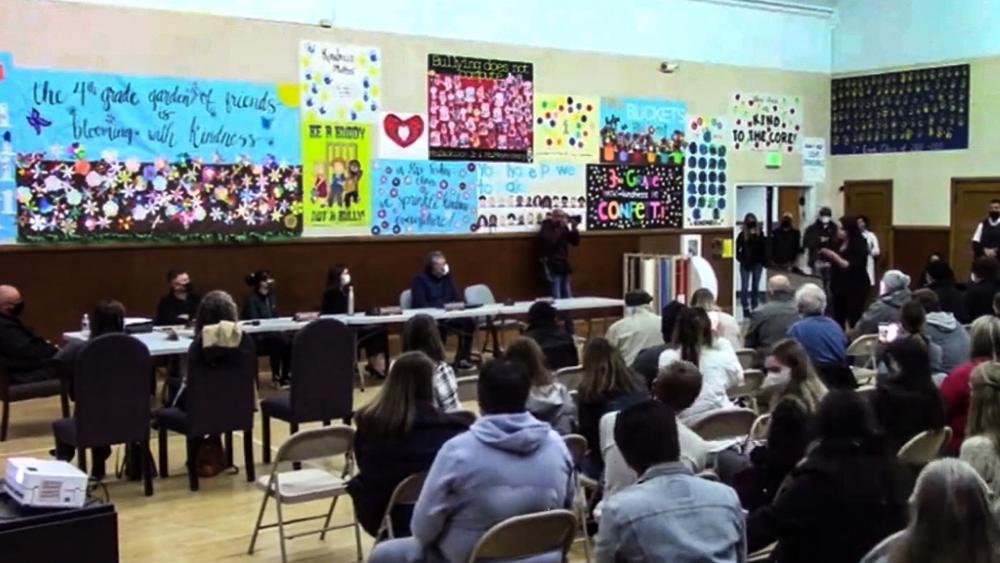 Harrisonburg is one of several school systems faced with legal action in recent months. This suit accuses school officials of promoting gender fluidity while hiding it from parents.

Middle school teacher Deb Figliola is one of those suing the district. "We are putting kids in the middle of unknown territory," she said.

The policy in question requires teachers to ask students which name and pronoun are preferred and teachers must use it.

A guidance counselor is to be notified if the student's choice is different from their biological sex although school officials are forbidden to tell parents unless a child explicitly gives permission.

"Teachers were not to speak to parents at all in any way shape or form. Not even to refer to the new name the student was using," she added.

Alliance Defending Freedom has filed suit against Harrisonburg city public schools on behalf of six parents and teachers. As practicing Christians, the plaintiffs say this policy forces staff members to go against their faith, that it violates free speech, and usurps parental rights.

"Experts agree parents should be involved in important decisions like these in kids' lives. That's something that is so dangerous about this policy," said Vincent Wagner, Senior Counsel at Alliance Defending Freedom.

District officials declined CBN's request for an interview, pointing us instead to a statement that reads in part: "…the focus is always to foster a team approach that includes and supports the unique needs of the student and family on a case-by-case basis…"

At least 18 states, along with the District of Columbia and Puerto Rico, have recently issued school guidance in some form focused on inclusion and treatment of transgender students.

Lanae Erickson, who came out to her own parents years ago, calls the issue complicated. "The issue is new. Folks are trying to figure out how to protect trans kids in a way that respects all the complicated dynamics in talking to kids about their gender identity," she said.

Like Harrisonburg schools, a growing number of districts in other states face complaints over secrecy.

Others argue there are good reasons for not notifying parents. They point out examples such as avoiding "outing" kids who could be in harm's way at home or kids not ready to tell parents.

Deb, an educator of 25 years, however, maintains moms and dads are being kept in the dark at a time when children need them most.

Meanwhile, as the debate plays out, experts say the number of gender-questioning youth is on the rise.