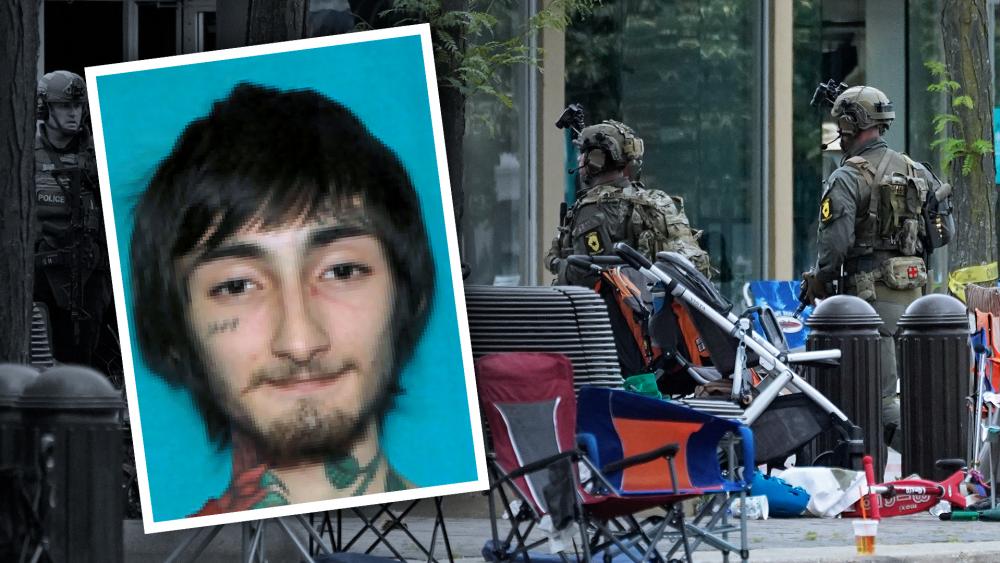 Panic and terror echoed throughout the streets of an Illinois suburb instead of joy and celebration on the 4th of July. A person of interest is now in custody for the shooting that took place in the Chicago suburb.

Witness video from Highland Park, IL picked up the sounds of seemingly endless gunfire as six people were killed and dozens more were wounded during the daytime Independence Day parade.

Panicked parents did anything they could to try and protect their children.

"And when the shots stopped again is when we started, we decided we had to run. So he started shooting again and we ran behind the building and I put my son in a dumpster," said a witness named Alexander who ran from the scene with his child.

Police say the gunman started firing into the crowd of parade watchers around 10 a.m., turning the Independence Day celebration into a scene of mass carnage.

The FBI is helping to investigate how and why the suspect started firing from a rooftop and then managed to get away during the chaos.

Police identified Robert E. Crimo III as a person of interest following the shooting and he was taken into custody Monday evening after a brief chase.

Dr. David Baum, who was attending the parade, described a brutal scene.

"These are the kind of injuries that are seen in war," he said. "These poor kids and families who went to a parade and then, now you know, people don't feel you can go anywhere."

Victims being treated for wounds ranged from children to senior citizens anywhere from 8 to 85 years old. The tragedy led some towns around the country to cancel their festivities out of fear and caution.

But the show went on in Philadelphia, where another shooting sent a crowd of thousands into a frenzy. Police say two officers were hit while working security during the concert and fireworks event.

Philadelphia authorities were baffled about where the gunfire came from as of Tuesday morning. Both officers were released from the hospital overnight

"We have to come to grips with what this country is about right now. We had a beautiful day out there except for some nitwit either shooting from a window or shooting from somewhere who has a gun and probably shouldn't have had it," said Philadelphia Mayor Jim Kenney.