A Doctor Said to Abort Their Quintuplets, but They Trusted God - Now This Couple Has a Full House and a Guinness Record 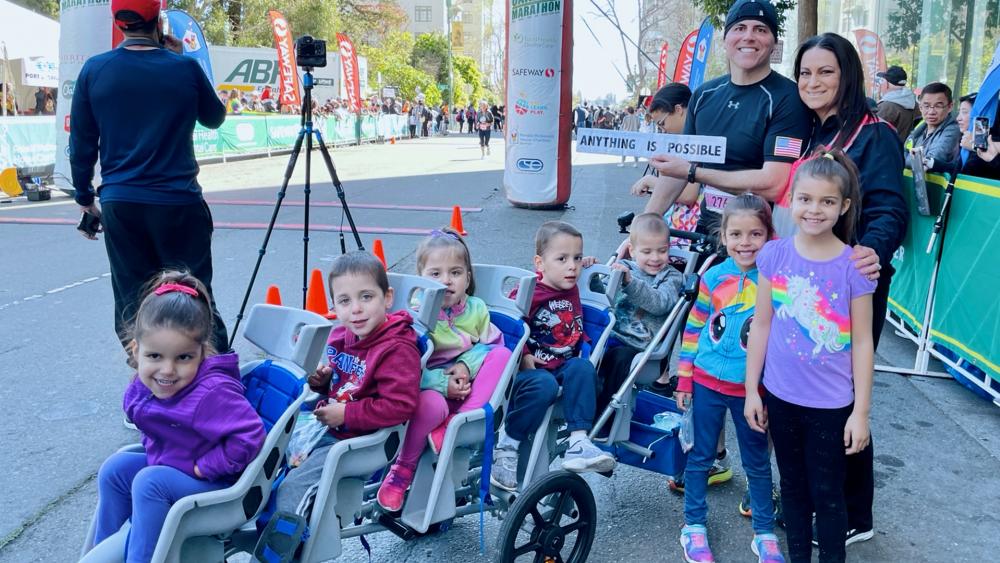 A man who recently made headlines with a Guinness World Record is opening up about the real value of human life.

After five years of marriage, Chad and Amy Kempel were ready to grow their family and fill their home with the laughter of little ones, but they didn't expect the heartache that was ahead.

The couple, who now have seven children, experienced a loss in between each birth.

"We have seven on earth and seven in heaven," Chad told CBN News.

Through it all, he says there was a "spiritual connection" that carried them through each pregnancy, including the most painful ones. 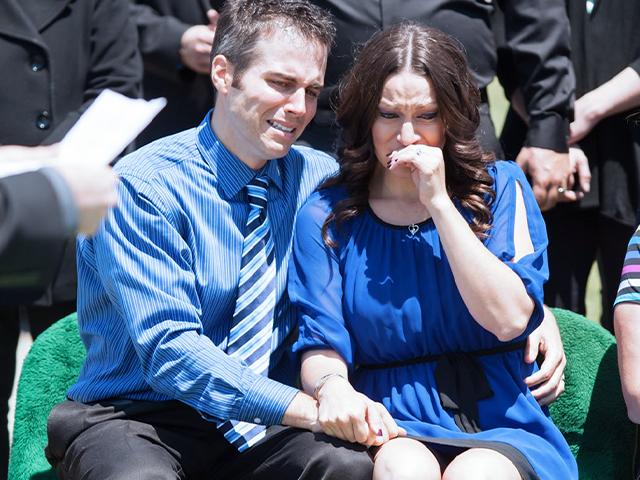 Amy became pregnant for the first time in 2012, however, that resulted in a miscarriage. Later that same year, they found out she was pregnant again with twin boys.

Marshall and Spencer were born at 22 weeks and three days on May 2, 2013. The boys passed away within an hour of their birth.

Even though they experienced several more miscarriages, Chad told CBN News that he felt in his heart they were destined to have a family of their own.

"I'm more glass is half full and Amy is half empty. She thought after we lost the twins that it's never gonna happen. And I was just the opposite," he said. "That finally proves we can get pregnant and have children. We're almost there and I just felt that we were meant to have children. Our ideas of life involved family."

The Kempel Household Begins to Grow

Chad and Amy welcomed daughter Savannah in October of 2014 and a second daughter, Avery, was born in June 2016.

The couple continued to try and expand their family and even used the fertility treatment, intrauterine insemination (IUI). In August 2017, Amy was pregnant again.

To their surprise, the ultrasound revealed that there were five babies. 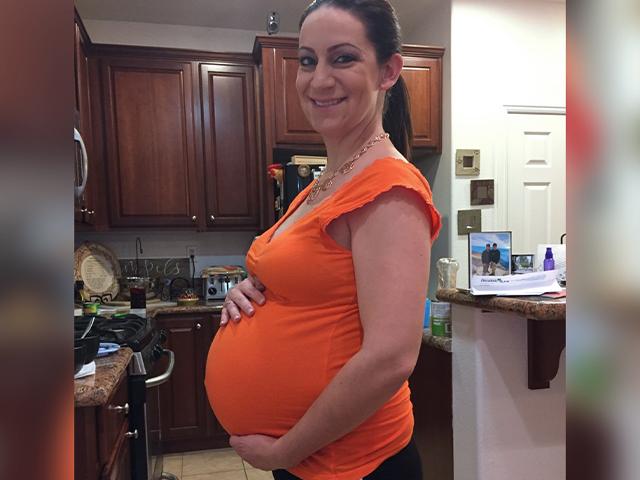 "Years of trying to create a family, this was one of the times I felt the fear," Chad told CBN News. "We had gone through all of that loss. Visiting the cemetery to see our twin boys. We were terrified. Amy is breaking down in tears, full body crying, because her uterus had a tough time with the twins. Will she be able to hold as many as we're seeing? Fearful at the same time, I'm trying to support Amy and I'm feeling the same fear but if this works out, we'll be surrounded by all these kids."

Doctor Pushes to Abort Some Babies

The couple was even more shocked by the doctor's reaction to the quintuplets.

"The doctor said, 'Don't be too worried. This many fetuses won't all stick around, you'll probably lose some of them.' Telling us not to worry because some are going to die," Chad recalled.

He said physicians even urged them to abort some of the babies to increase any chances of survival.

"Don't give a nice term so you can sleep at night. You're killing babies. That doctor pushed for us to do selective reduction," Chad explained.

"We remember it so well … we felt it was cold. I would reduce down to two or one as if we're just talking about picking out a good piece of fruit," he continued. "We left that appointment in tears. These medical professionals are telling us that this is what we should do. We're going to love the baby and hope it has a chance in the world. Aborting was never in our cards." 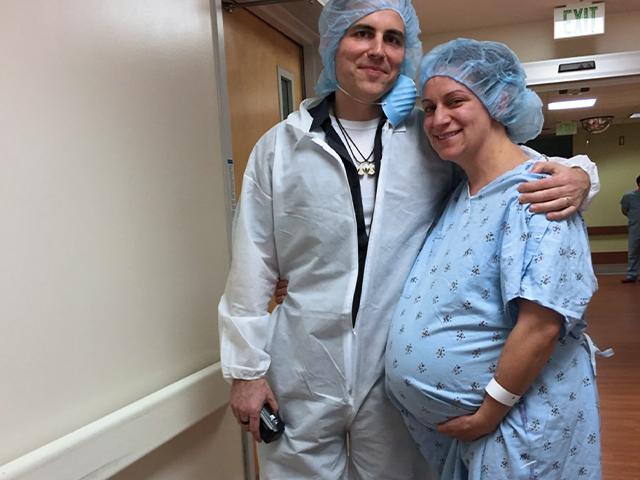 Chad explained that Amy's health could be at risk by carrying five babies, which was a concern for them, yet they believed it was still manageable. So, they turned to their priest for prayer and advice.

"There are risks but it's not a death sentence," Chad told CBN News. "We called our priest and said we don't want to do this. He said, 'Look guys, I can't speak for God but my understanding and God's is that you and Amy have done everything to try and bring life into this world and you'd be the last to try and take it out of this world.'"

He continued, "We hung up the phone and looked into selective reduction. We watched a video on it and it looks like an execution. It's inhumane. It's sickening to hear."

Chad said that's when he put the matter into God's hands.

Chad and Amy Turn to Their Faith

"Faith has always been at the forefront for me. I feel like there was a spiritual connection that carried us through the pregnancies," he said. "I'm putting this in God's hands. We don't want to do this and now we're here and it's all in Your hands."

Chad recalled praying every night for God's protection over the babies.

"Please help us do this. Please don't take them from us," he prayed.

"The day they were born at 27 weeks and 3 days, we were told minutes after birth that everyone is healthy. They are small and fragile but everyone is healthy. It switched to extreme gratitude and every day I thank Him. Through all of our suffering, I learned that nothing else matters in life," Chad stated.

He encourages other couples facing fertility challenges not to give up. 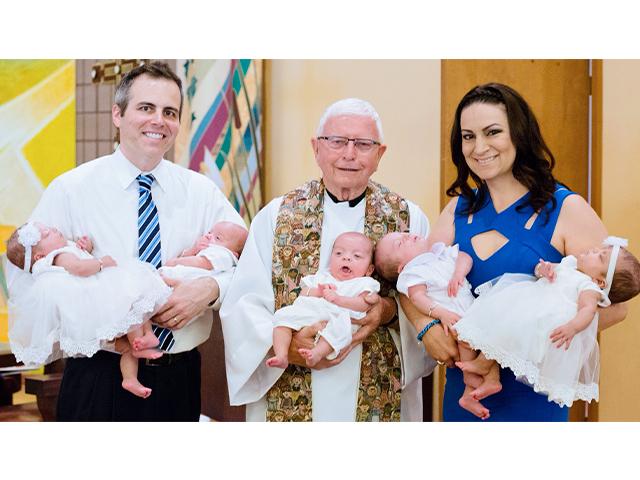 "Don't give up on it. There are options. Don't listen to the doctors when they have a negative outlook on things," he remarked. "If you have a faith, belief in things unseen, then that's the time to lean on it."

New Beginnings as a Family of Nine

In May 2019, the family moved from California to Idaho and settled into new routines as a family of nine.

To celebrate the health of their children and to honor Amy, Chad started running races with the quintuplets and has even set some world records.

In March, he ran a half-marathon in Oakland, CA while pushing the quintuplets in a stroller built for five. They finished the 13.1-mile race, with Amy riding a bicycle by their side.

According to Guinness World Records, Chad earned the record for the fastest male marathoner to push a stroller with a time of 2 hours and 19 minutes.

Family Matters the Most

During each race, Chad carries a sign that reads, "Anything is possible" which he made after his father was diagnosed with leukemia.

"I carry that and push for him. That same sign, I've carried through each of these events," Chad told CBN News.

"My dad had a stroke on April 14. It's a tough situation. He survived but he's got a lot to come back from right now… very challenging," he said. "Sitting there with my dad when he can't actually have a conversation. I just sat there with him for Father's Day… just to sit there in that moment and look him in the eyes, all day... the joy in his face."

Chad continued, "That connection right there when there's nothing he can provide in the typical body. That's what I hope my kids feel when I'm toward the end of my life. They feel good about the life that Amy and I provided. We can sit in the room with all the memories that we've made… feel the comfort with all those things. The only thing that matters is the connection and relationship we have especially with our family… nothing else matters." 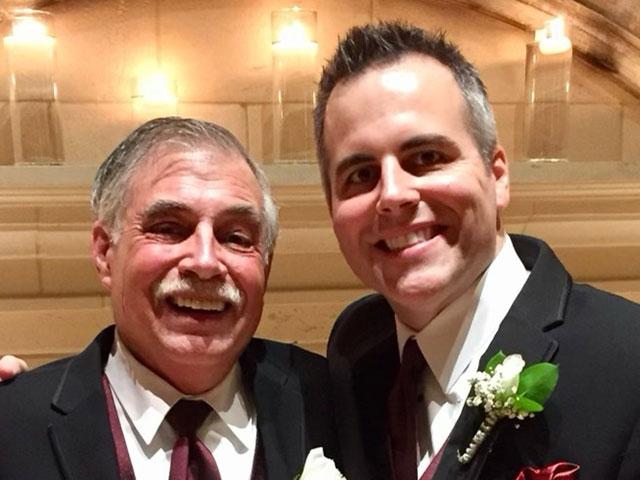