Dangerous Heat Wave Descends on Parts of Midwest and South, 400,000 Without Power 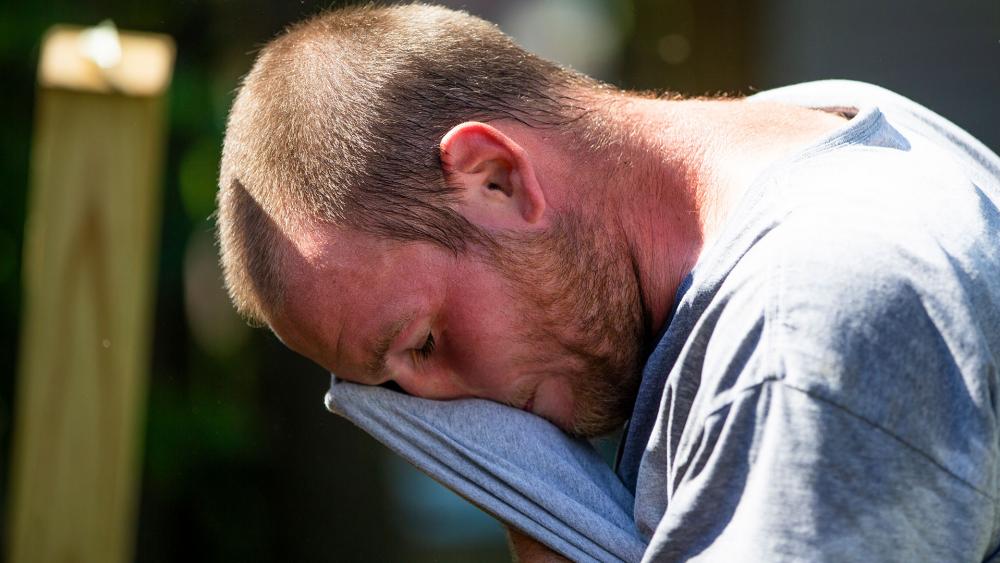 CHICAGO (AP) - Much of the Midwest and a swath of the South braced for a potentially dangerous and deadly heat wave on Tuesday, with temperatures that could reach record highs in some places and combine with humidity to make it feel like it’s 100 degrees or hotter in spots.

More than 100 million people were expected to be affected by mid-week and authorities warned residents to stay hydrated, remain indoors when possible, and be aware of the health risks of high temperatures. Strong storms brought heavy rain and damaging wind to many of the affected areas on Monday, and more than 400,000 customers remained without power as of Tuesday afternoon.

Excessive heat warnings were in effect for much of Illinois and Indiana along with parts of southern Michigan and northwestern Ohio from Tuesday through Wednesday night according to the National Weather Service.

Heat index values - which take into account the temperature and relative humidity and indicate how hot it feels outdoors - could approach 105 degrees, the weather service said.

“Full sun today will make it feel even hotter,” the weather service wrote. “There will not be much relief for those without air conditioning today through Wednesday night.”

Much of southeastern Michigan - from just south of Flint to the state lines with Ohio and Indiana - was put under an excessive heat watch Wednesday through Thursday morning as the warm front is forecast to move east.

A heat advisory also was issued, stretching from as far north as Wisconsin down to the Florida Panhandle on the Gulf coast.

In Chicago, where a ferocious storm Monday night heralded temperatures that were expected to exceed 90 degrees on Tuesday and Wednesday, the May deaths of three women when temperatures climbed into the 90s served as a fresh reminder of the dangers of such heat - particularly for people who live alone or are dealing with certain health issues.

Pat Clemmons, an 81-year-old resident of the apartment complex where the women died, said everything was working well Tuesday morning as the temperatures climbed. She said she has lived in the building for about 20 years and that she never experienced issues before “that one horrible Saturday” in May.

“They have every kind of air conditioner, air blower, fan jets and everything else … . I’m fine right now,” Clemmons said. “The air’s on. You know they’re gonna have everything working perfectly right now ’cause all the chaos that happened.”

Officials encouraged Chicagoans to check on their neighbors and loved ones, and to quickly report any problems with cooling their homes. The city opened six large cooling centers and encouraged people to cool off in libraries, park district buildings and other public locations.

“The next two days will require that we all look out for one another and provide extra attention and resources for our vulnerable neighbors,” said Alisa Rodriguez, managing deputy commissioner for Chicago’s Department of Family Services and Support.

The Detroit suburb of Westland opened many of its public buildings as cooling stations Tuesday, including its city hall, fire and police stations, a library and a community center. Residents can get out of the heat, charge cellphones and get bottled water there, the city said.

With a noontime temperature at 95 degrees and the heat index pushing 110 degrees on Tuesday in Birmingham, Alabama, Cindy Hanger sat outside the food truck where she works. Her face was red and her green T-shirt was soaked with sweat.

“I am worn out and I’m hot, and I’m ready to go home and have a cold drink,” said Hanger.

Hanger works outside the small rig taking and filling orders while two relatives work inside cooking. The arrangement is just fine with her on such days.

“You think it’s hot out here? Imagine in there,” she said.

The Tennessee Valley Authority, which serves 10 million people in Tennessee and parts of six surrounding Southern states, said that on Monday, it experienced record power demand for a single day in June. It said it provided 31,311 megawatts of energy at an average temperature of 94 degrees in its region, which broke the previous June high of 31,098 megawatts that was set on June 29, 2012.

The power provider said similar demand could continue through the end of the week due to more expected hot and humid weather.

This story was corrected to reflect that more than 100 million people, not more than 100,000, could be affected by the heat wave.
___